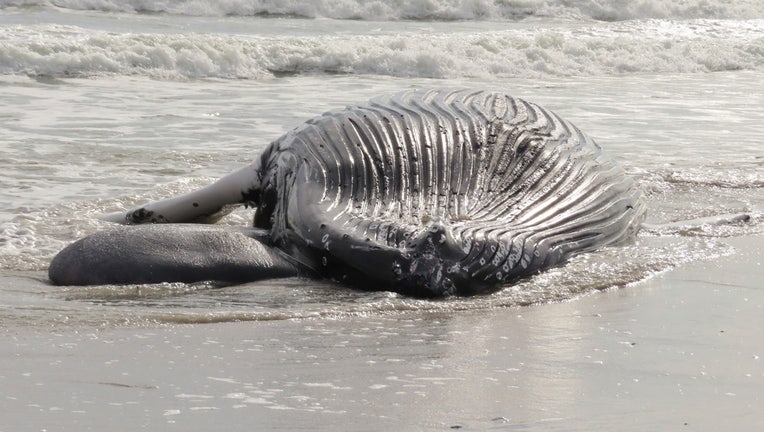 "There is no evidence that any of the recent strandings so far have been tied to offshore wind."

NEW JERSEY - Environmental and fishing groups say there is "no evidence" that site preparation work for offshore wind farms in New Jersey and New York is responsible for a spate of whale deaths in the two states.

Many of New Jersey's leading environmental groups held a press conference on the Atlantic City Boardwalk, directly in front of the local office of an offshore wind company, to support the industry, and decry what they term a false narrative that the industry's testing activities are harming or killing whales.

The issue has become contentious since Clean Ocean Action, one of New Jersey's leading coastal environmental groups, held a news conference last week with several community groups opposed to offshore wind, calling on President Biden to investigate the deaths of seven whales in the two states in little over a month.

They, and several local, state and federal legislators, also called for a temporary halt to offshore wind preparation work while the whale deaths are investigated. 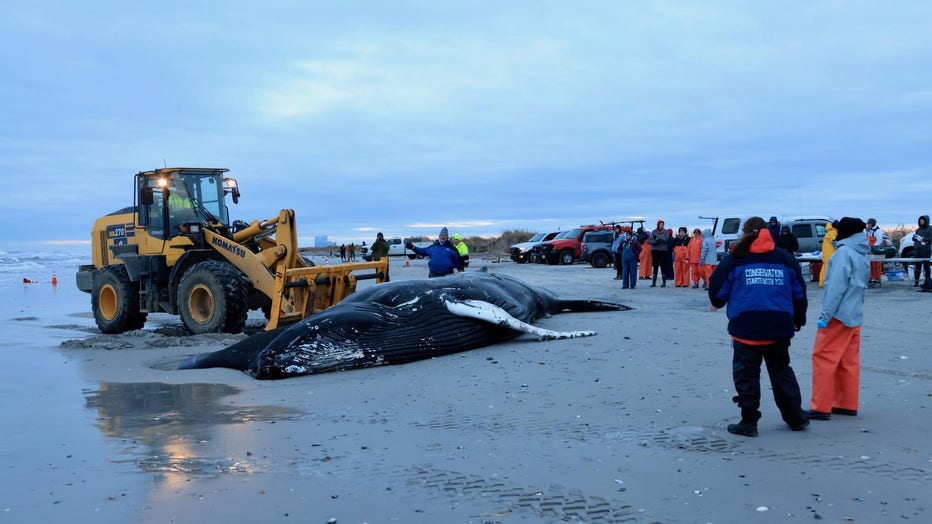 Officials and experts conducted a necropsy on a humpback whale that washed up in Brigantine, New Jersey on January 15. They found that the whale "suffered blunt trauma injuries consistent with those from a vessel strike." (Credit: Marine Mammal Stran

That call has led to strong pushback from most of the state's environmental community, which repeatedly stressed that climate change is the greatest threat to the ocean and the marine mammals living in it, and that offshore wind power is essential to moving away from burning planet-warming fossil fuels.

"The number one threat to the marine environment is climate change. Offshore wind is one of the most important tools we have to protect the entirety of our marine ecosystem.

"This whole thing is being brought up as a hypothesis that has no basis in fact," added Capt. Paul Eidman, a charter boat captain and head of Anglers for Offshore Wind. "I'm concerned by some groups' baseless claims that the deaths are linked to surveys operating off our coast. We don't know that. There's no basis in reality for that."

Scientists from the Marine Mammal Stranding Center in Brigantine, where the most recent dead whale washed ashore last week, said Sunday that preliminary results of a necropsy indicate the 32-foot-long female humpback whale was hit by a ship. That was also the suspected cause of death for another humpback that washed ashore in neighboring Atlantic City a week earlier. 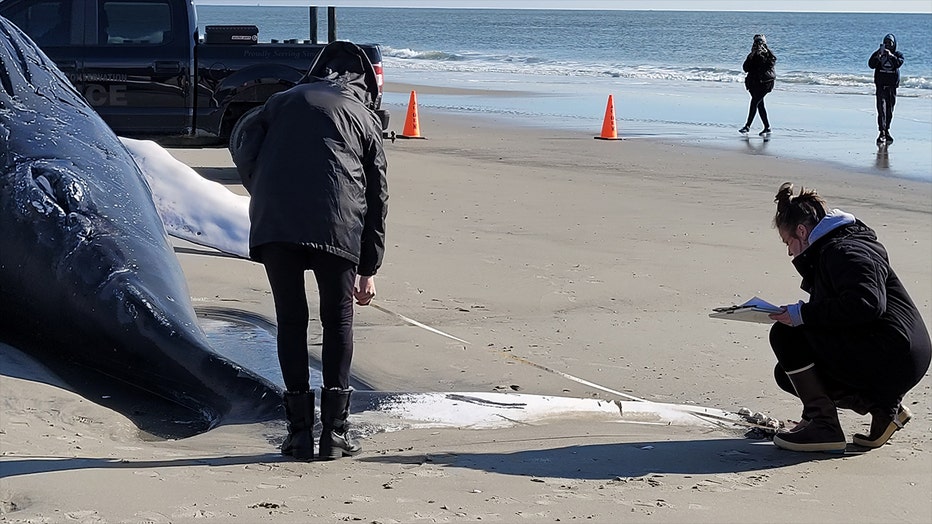 A dead whale sits on an Atlantic City beach.

Two of the seven animals, both sperm whales, are considered endangered species in the United States.

Clean Ocean Action, which was not at Tuesday's press conference, issued a statement afterward defending its concern and reiterating its call for a temporary halt in surveying.

The latest press conference came as Orsted, which will build two of the three offshore wind farms approved so far in New Jersey, described its current work in more detail.

In a statement to The Associated Press, the Danish wind energy company said its survey vessels have not struck any whales, and said the sampling methods do not disturb whales or other marine mammals.

"Orsted prioritizes coexistence with our communities and marine wildlife," said Maddy Urbish, the company's head of government affairs and strategy for New Jersey. "The offshore wind industry is subject to the most stringent level of protections for marine mammals and protected species. Every aspect of our surveys, construction, and operations are reviewed by multiple agencies and subject to protective conditions, including vessel speeds, time-of-year restrictions for construction activities, and mandatory protected species observers." 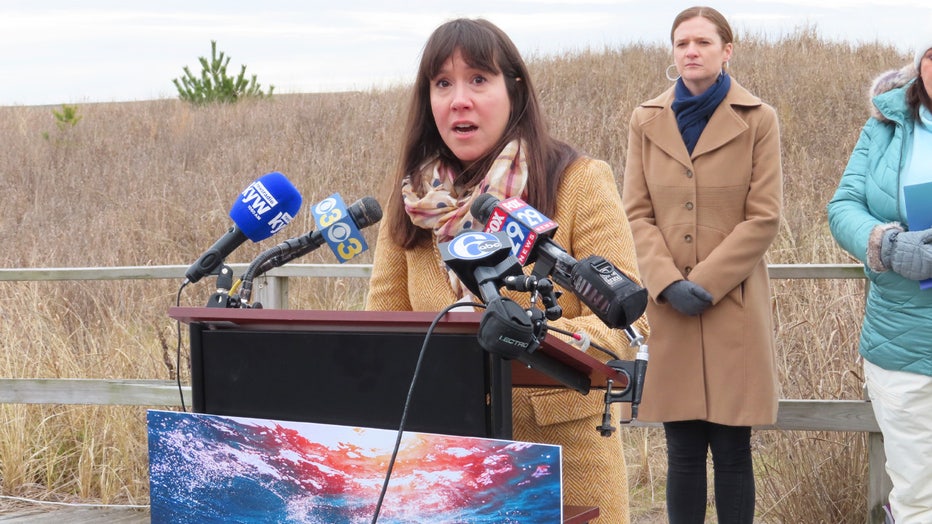 Anjuli Ramos-Busot, director of the New Jersey Sierra Club chapter, speaks at a press conference in Atlantic City, N.J. on Tuesday, Jan. 17, 2023, at which environmental groups supported offshore wind power development and decried what they call the (AP Photo/Wayne Parry)

She said a vessel named Regulus conducted geotechnical site investigation activities from Jan. 4 to 10, and has since left the area. Another vessel, NorthStar Voyager, will conduct similar work over the next few days.

The survey vessels do what is known as CPT sampling, which is widely used in the industry to understand the nature of the soil on the ocean floor. In conducting CPT sampling, a drill on top of the vessel presses a metal rod into the sea floor to test the friction and resistance of the soil, Urbish said.

"This form of testing is low in terms of noise impacts, and shown to not elicit behavioral responses or temporary or permanent threshold shifts in marine mammals," she added, referring effects on the animals' hearing.

WAYNE PARRY with the Associated Press helped contribute to this report.