David Bonola pleaded guilty to first-degree manslaughter in the killing of Orsolya Gaal, a Queens woman with whom he'd been romantically involved.

NEW YORK - A man who pleaded guilty to stabbing a Queens mother two death and stuffing her body into a duffel bag has been sentenced to 25 years in prison.

David Bonola, 44, of Queens was awaiting trial for the murder of 51-year-old Orsolya Gaal when he pleaded guilty. The NYPD says the April 2022 killing came after the pair, who had been romantically involved, had an argument in her home.

The Queens mother of two was brutally stabbed to death, stuffed inside a duffel bag, and dumped a few blocks from her Forest Hills home.

She was stabbed in excess of 55 times inside the home with her son in a bedroom upstairs, according to police. A trail of blood marked the path her body was dragged.

Queens District Attorney Melinda Katz said, "This was a brutal killing, and no amount of prison time can bring the victim back to her loved ones. Today’s sentencing, however, provides a measure of justice and I hope the victim’s family can rest easier knowing that the person responsible was held fully accountable." 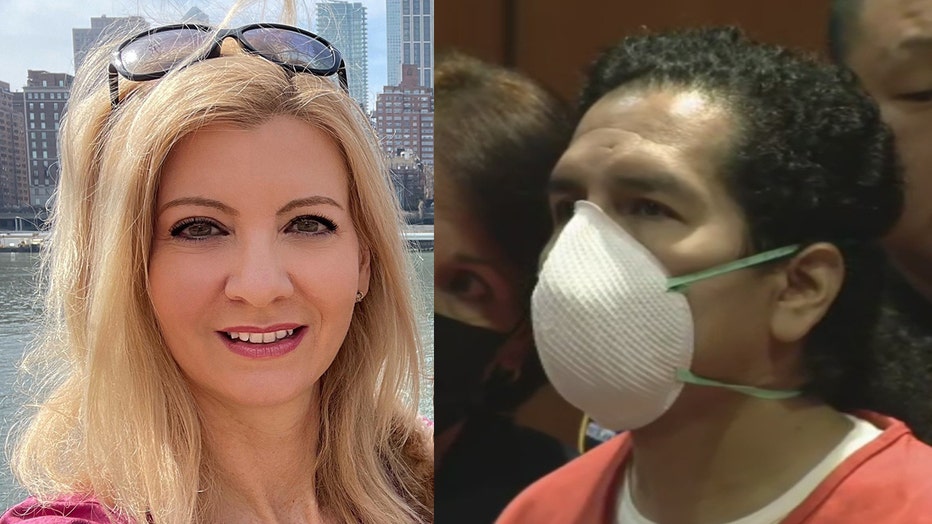 A doorbell camera caught Bonola pulling the duffel bag down the street around 4:30 a.m. with Gaal's body inside it.  A person walking their dog found the bag a few hours later.

Bonola appeared in a Queens court on Wednesday and admitted to killing her as part of his plea deal.  He faces 25 years in prison and gave up his right to appeal his conviction.  Bonola faces 5 years probation after his release and will then be subject to deportation. 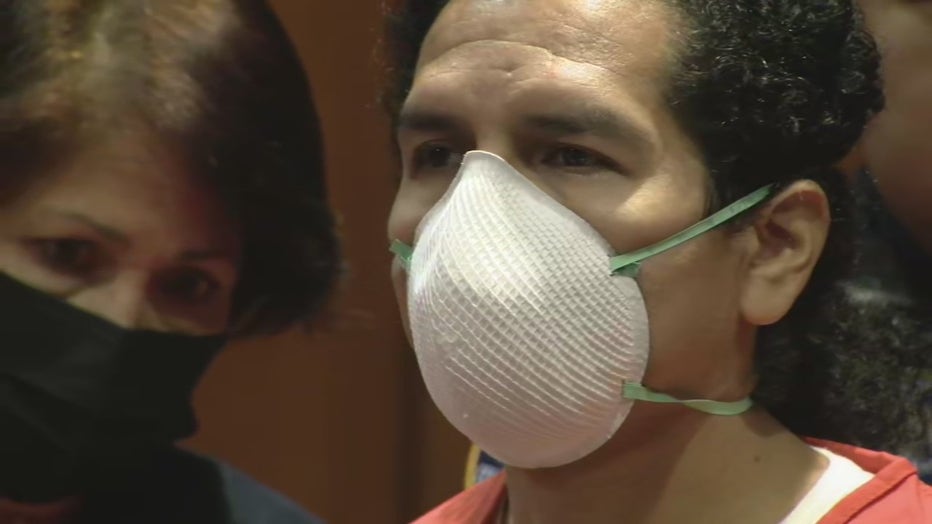 David Bonola pleaded guilty to manslaughter in the death of Orsolya Gaal.

Bonola was originally charged with second-degree murder, criminal tampering, and criminal possession of a weapon.

Bonola was the family's handyman and had access to a hidden key to the family's million-dollar home.  There was no sign of forced entry.  Police believe he had been doing odd jobs for the family for a few years.

The NYPD says the pair had been having an on-and-off affair for two years and argued in the house before the stabbing.

David Bonola is walked out of a NYC police precinct

NYPD detectives escorted David Bonola out of a Queens police precinct. He is under arrest in connection with the Orsolya Gaal case.

Police said they found bloody clothes and a knife connected to the killing.

Police say that Bonola came to the U.S. approximately 21 years ago from Mexico.