Cuomo asks protesters to be responsible

New York Gov. Andrew Cuomo said that anyone participating in the protests should assume they've been exposed to the coronavirus. He called on them to get tested and keep their distance from family members, especially older ones. He also said that businesses that suffered damage in looting will get some help.

NEW YORK - Gov. Andrew Cuomo said that the thousands of people who have been protesting in the streets of New York in recent days should assume they've been exposed to the coronavirus and get tested as soon as possible.

The governor called this their "civic duty" and noted that the people protesting the death of George Floyd and police brutality are gathering and marching in tightly packed groups and many aren't wearing face coverings.

"If you were at a protest, go get a test, please. The protesters have a civic duty here also. Be responsible, get a test," Cuomo said at his daily briefing from Albany. "Go to the website and find out the testing site nearest you. We have 700 in the state. You can get a test, get a test." 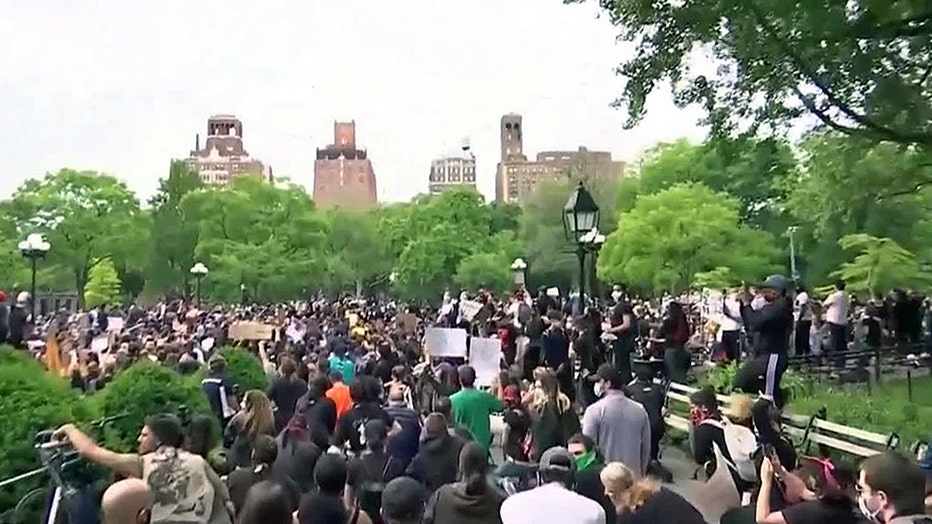 Cuomo said that perhaps the protesters, many of them on the younger side, aren't too worried about their own health but could be carriers, or super-spreaders, of the virus. He is concerned that they could spread the virus to their families.

New York City, where the state's largest demonstrations are happening, is set to enter the so-called Phase 1 of the governor's reopening plan on Monday, June 8.

"New York City had the highest number of protesters," Cuomo said. "We have to be smart."

Through Thursday, New York has had 375,133 lab-confirmed cases and 24,133 coronavirus-related deaths.