Frustrated that they cannot offer indoor dining, while other parts of New York City can, restaurants in New York City are joining together to file a lawsuit against Governor Andrew Cuomo and Mayor Bill de Blasio.

NEW YORK - Gov. Andrew Cuomo says he won't let New York City reopen its restaurants for indoor dining until the city comes up with a plan to make sure they are following regulations to reduce the spread of the coronavirus.

The governor said that he thinks restaurants should open in New York City but that the state doesn't have enough personnel to monitor the city's 27,000-plus eateries. 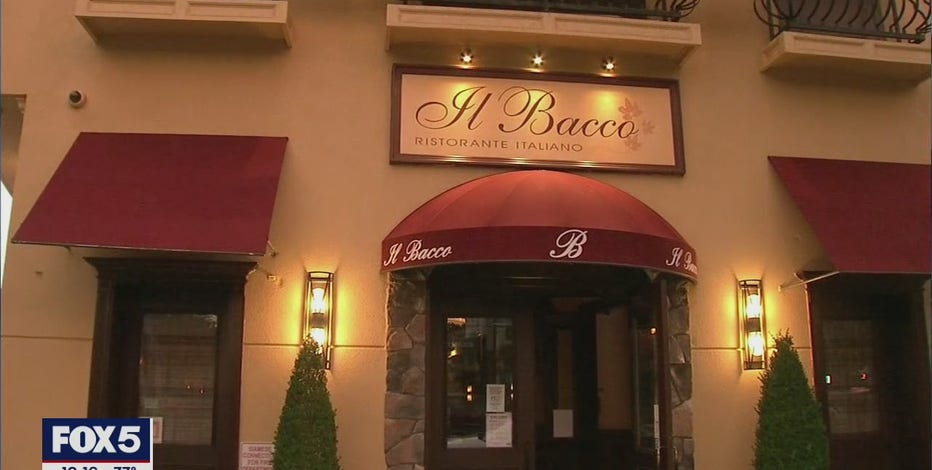 Officials on Long Island are making a concerted effort to try and lure restaurant-goers from New York City out to Long Island.

“These institutions are under dire economic circumstances,” Cuomo said in a phone call with reporters Thursday. “And we know that compliance has to happen.”

Cuomo is facing pressure from the restaurant industry, which has seen business plummet amid the pandemic and hundreds of workers seeking unemployment assistance. Over 300 restaurant owners who want to reopen have sued New York City and the state, seeking more than $2 billion, over the continued ban on indoor dining.

Some of the new restrictions on restaurants in NJ as they reopen to indoor dining Friday include wearing masks at all times expcet for patrons when eating.

The rest of the state outside New York City has allowed indoor dining at half capacity since June.

New York City Mayor Bill de Blasio had hoped the city was on track to allow indoor dining in late June when it entered the third phase of Cuomo's gradual reopening plan.

But Cuomo announced he wouldn't allow indoor dining in New York City over concerns about dining indoors fueling the spread of the coronavirus. The city has since pushed to expand outdoor dining, though Cuomo increased restrictions on bars following reports of crowds violating social distancing rules.

The restaurants, in their lawsuit over the ban on New York City indoor dining, claim the restriction lacks scientific basis and question why it is allowed so close to New York City.

But public health experts have warned that dining is risky in enclosed spaces with groups of people talking loudly, sharing food and drinking alcohol. States including Louisiana and Maryland have linked new cases to bars and restaurants.

New York is now reporting a sharp decline in hospitalizations and fatalities since a peak of over 18,000 COVID-19 patients and well over 700 deaths a day in mid-April.

Cuomo has praised New Yorkers for keeping infection rates down, contrary to expectations after the state began reopening in mid-May. New York City recorded about 9,000 positive COVID-19 tests in August, down from over 11,700 in June, according to state Department of Health data.

Still, the virus is not vanquished. Over 9,000 COVID-19 tests were positive across New York in the last two weeks of August as some upstate communities weather upticks at colleges and elsewhere. And New York City has continued to represent about half of the state's positive cases.

The governor announced the city’s malls and casinos across the state can reopen with restrictions starting Sunday but said neither can allow indoor dining in New York City. Casinos won’t allow table games and both must install enhanced filtration systems.

De Blasio said Thursday that the city will provide guidance to restaurants this month and that he is in “constant dialogue” with the state.

The mayor offered a note of caution: “The NYPD has a lot on its hands and they’re dealing with so many challenges and fighting back the challenges we face.”