ALBANY, N.Y. (AP) - The rate of COVID-19 infections has risen enough in New Jersey, Pennsylvania and Connecticut to require those states' residents to quarantine if they travel to New York, but Gov. Andrew Cuomo says New York won't enforce the rules against those residents.

New Jersey, New York and Connecticut had announced the joint travel advisory this summer at a time when the Northeast was seeing relatively low rates of infection while other parts of the country saw spikes. Now, two of those states meet the criteria to be placed on their own quarantine lists.

But the governor said Tuesday he doesn't expect residents from Connecticut, New Jersey or Pennsylvania to follow New York's rule requiring self-quarantine for 14 days for states on the list.

States are added to the quarantine list if they hit a threshold of averaging 10 or more new cases per day per 100,000 residents over a seven-day period.

States can also land on the quarantine list if 10% of tests came up positive on average over the past week. 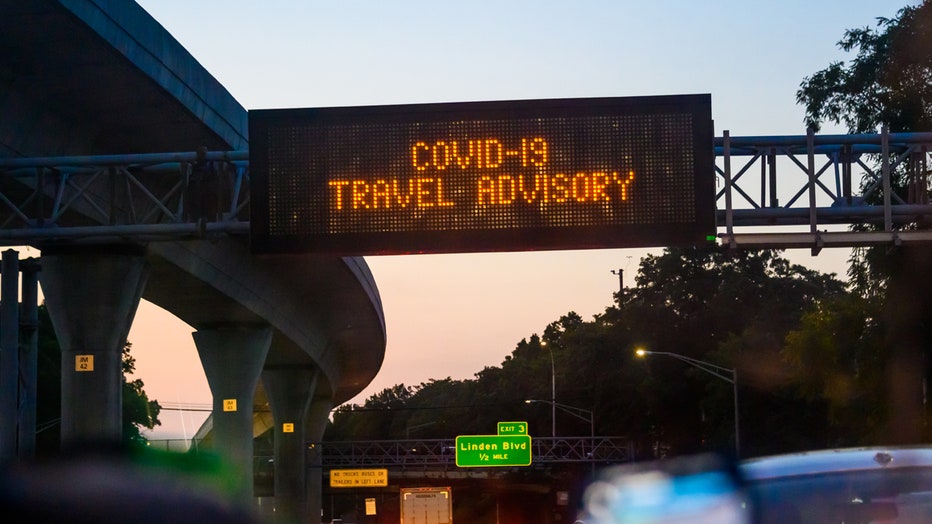 While Cuomo's Special Counsel Beth Garvey said during the call that both Connecticut and New Jersey would be "added" to the list this week, Cuomo spokesman Richard Azzopardi later clarified they would not be.

"We hadn't changed anything in our metrics," he told the Associated Press. "We're going to acknowledge they meet the criteria. We're not enforcing a quarantine order."

Connecticut Gov. Ned Lamont said Monday that was he talking with New Jersey and New York about making it easier for states to avoid getting on the quarantine list.

But Cuomo's office said Monday that Lamont was only speaking for Connecticut.

Cuomo said he'll be talking with Connecticut and New Jersey officials Tuesday and expects to "have more to say" on travel rules by Wednesday.

He said they'll be talking "about making it clear to the extent travel among the states or between the states is non-essential, it should be avoided."