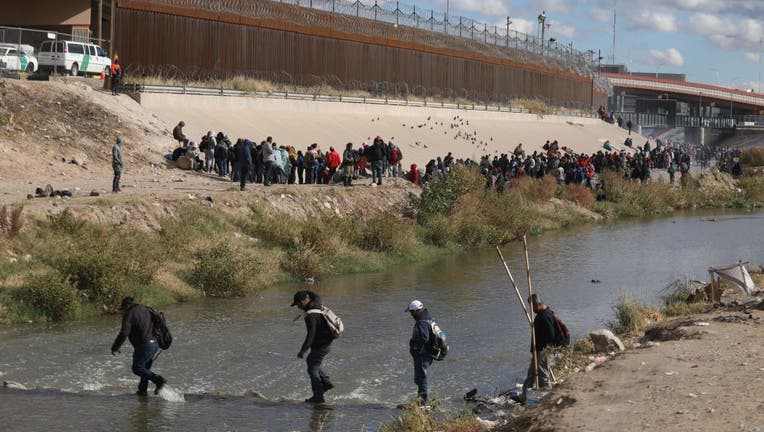 Migrants walk across the Rio Grande to surrender to US Border Patrol agents in El Paso, Texas, as seen from Ciudad Juarez, Chihuahua state, Mexico, on December 13, 2022. (Photo by Herika Martinez / AFP) (Photo by HERIKA MARTINEZ/AFP via Getty Images)

CALIFORNIA - U.S. Border Patrol agents arrested an undocumented person after they attempted to illegally enter the U.S. from Mexico. Officials say the person had a prior sexual offense conviction.

The incident occurred Monday around 10:16 p.m. when agents apprehended two people who illegally entered the United States three miles east of Calexico Port of Entry. Officials say they were located around one mile north of the U.S./Mexico border.

Agents say the people did not possess the proper documentation to be legally present in the United States. The people were placed under arrest and transported to the El Centro Sector Processing Center.

Record checks revealed one of the people had a previous conviction for a sexual offense and was previously ordered removed from the U.S. by an immigration judge.

The person will be facing federal charges.