Federal and local officials are preparing for a surge of migrants ahead of the forced end of Title 42, a Trump-era border policy that allowed officials to turn away migrants encountered at the U.S.-Mexico border.

NEW YORK - Since the pandemic began, the United States has been using a public health rule designed to limit the spread of disease to expel asylum-seekers on the southern border.

Title 42, as it's called, has been used more than 2.5 million times to expel migrants since March 2020, although that number includes people who repeatedly attempted to cross the border. 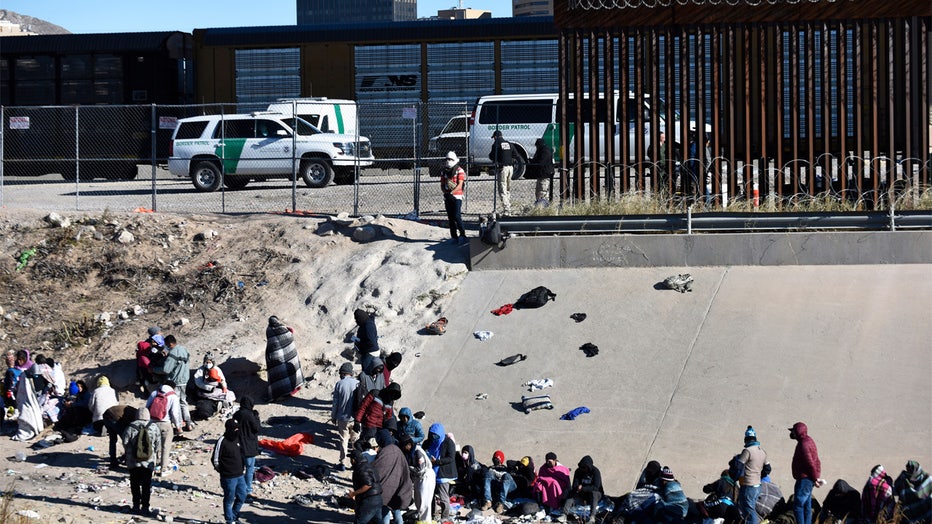 But because of a judge's ruling, starting next Wednesday immigration authorities can no longer use Title 42 to quickly expel prospective asylum-seekers. The change comes as surging numbers of people are seeking to enter the country through the southern border, and with Republicans intent on making immigration a key issue when they take control of the House in January.

A look at Title 42 and the potential impact of the ruling:

In March 2020, the U.S. Centers for Disease Control and Prevention issued an order limiting migration across the southern and northern borders, saying it was necessary to reduce the spread of the coronavirus. The virus was ravaging the U.S., schools were shutting down and hospitals filling up, and President Donald Trump was trying numerous ways to limit migration, his signature political issue.

The order authorized Customs and Border Protection to immediately remove migrants, including people seeking asylum, to prevent the spread of the virus. The order said areas where migrants were held often weren't designed to quarantine people or allow for social distancing and could put border personnel and others at risk. 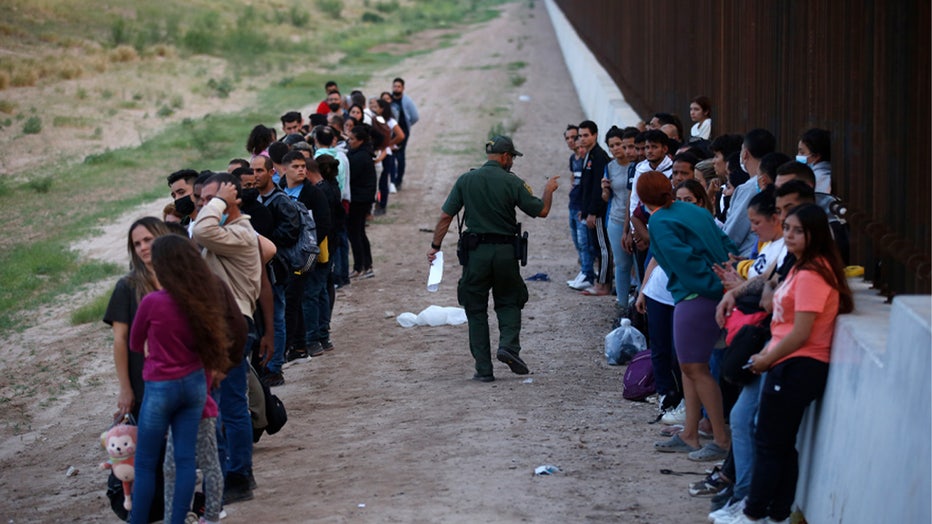 FILE - A group of migrants stand next to the border wall as a Border Patrol agent takes a head count in Eagle Pass, Texas, Saturday, May 21, 2022. The Eagle Pass area has become increasingly a popular crossing corridor for migrants, especially those

"The public health risks of inaction are stark," it said.

The Biden administration continued the policy. While many Democrats pushed President Joe Biden to overturn Trump's anti-immigration measures, some — especially in border states — have advocated to keep Title 42, saying the U.S. is unprepared for an increase in asylum-seekers. When the CDC moved to lift it earlier this year, moderate Democrats, including Sens. Mark Kelly of Arizona and Raphael Warnock of Georgia, wanted it to stay.

In 2021, a group representing immigrants who were denied the right to seek asylum sued to end the use of Title 42. 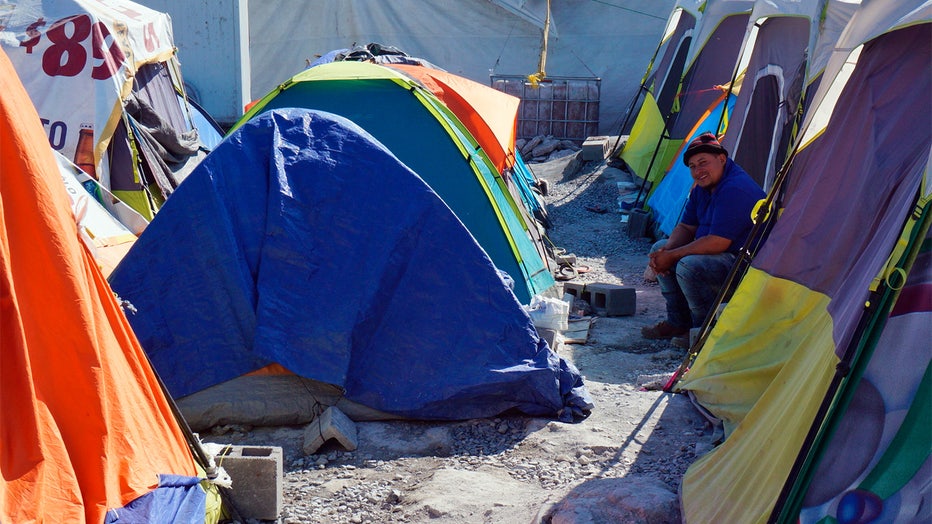 A migrant sits by his tent inside the Senda de Vida 2 shelter in Reynosa, Mexico, Thursday, Dec. 15, 2022. Nearly three thousand people cram inside the vast compound of tents over cement or gravel by the Rio Grande, steps from the border with the Uni

As that case made its way through the courts, the CDC announced last April that the rule was no longer needed because vaccines and treatments were becoming much more widespread.

That sparked Republican-leaning states to file their own lawsuit aimed at keeping Title 42 in place. The states argued that ending the rule would lead to a surge in migrants to their states that would in turn take a toll on their services. That argument found favor with a Trump-appointed judge in Louisiana who ordered keeping the restrictions in place. The judge found Biden’s administration failed to follow administrative procedures requiring public notice and time to gather public comment on the plan to end the restrictions.

But that ruling was effectively blocked by another federal judge in a separate lawsuit in Washington. That judge, appointed by Democratic President Bill Clinton, ruled on Nov. 15 that the Biden administration must lift the asylum restrictions by Dec. 21. That ruling, addressing broader questions about Title 42, took precedence over the Texas ruling, cheering immigration advocates. In a key development, the federal government did not appeal to keep the public health restrictions in place.

"The court was correct to find that banning migrants, while allowing the rest of the country to open up, is unlawfully arbitrary, causes grave harm to desperate asylum-seekers, and overrides the United States’ legal commitments to provide a safe haven for those fleeing persecution," said Lee Gelernt, a lawyer for the American Civil Liberties Union. 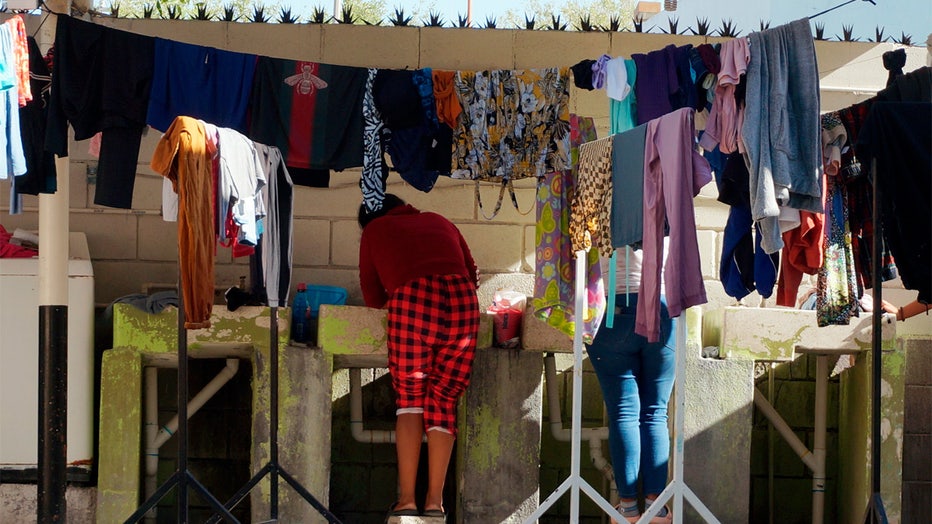 But a group of conservative states is asking the courts to keep Title 42 in place. The appeal argues that the cancelation of Title 42 "will cause an enormous disaster at the border" and the additional migrants will increase the states' costs for law enforcement, education and health care. A decision could come as early as Friday.

Does Title 42 affect all asylum-seekers?

Not really. The Biden administration has not used it with children traveling alone, only single adults or families. And the ban has been unevenly enforced by nationality, falling largely on migrants from Guatemala, Honduras and El Salvador — in addition to Mexicans — because Mexico allows them to be returned from the United States. Last month, Mexico began accepting Venezuelans who are expelled from the United States under Title 42, causing a sharp drop in Venezuelans seeking asylum at the U.S. border. 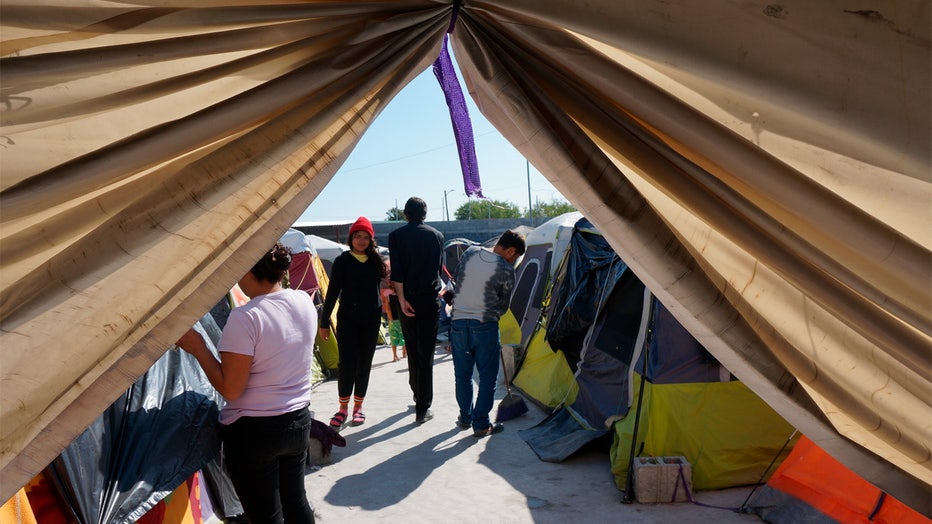 Migrants walk by their tents in the Senda de Vida 2 shelter in Reynosa, Mexico, Thursday, Dec. 15, 2022. Nearly three thousand people cram inside the vast compound of tents over cement or gravel by the Rio Grande, steps from the border with the Unite

Some other nationalities are less likely to be subject to Title 42 because costs or frayed relations with their home countries, Cuba for example, make it difficult for the U.S. to send them back. People from these countries have become a growing presence at the border, confident they will be released in the United States to pursue their immigration cases. In October, Cubans were the second-largest nationality at the border after Mexicans, followed by Venezuelans and Nicaraguans.

What happens if Title 42 ends?

If it goes away, asylum-seekers will be interviewed by asylum officers who will determine if they have a "credible fear" of being persecuted in their home countries. If they're found to face a credible threat, they can stay in the U.S. until a final determination is made.

That can take years. While some are detained while their asylum process plays out, the vast majority are freed into the United States with notices to appear in immigration court or report to immigration authorities. 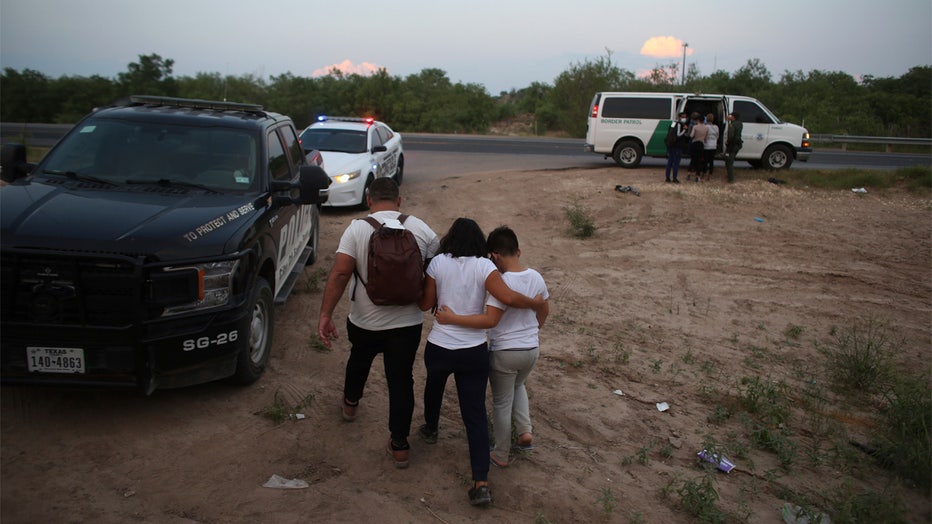 FILE - A migrant family who earlier crossed the Rio Grande river into the United States is taken away by Border Patrol agents in Eagle Pass, Texas, Saturday, May 21, 2022. The Eagle Pass area has become increasingly a popular crossing corridor for mi

The Department of Homeland Security said in a memo this week that the current system is not designed "to handle the current volume of migration nor the increased volume we expect over the coming weeks and months."

It said it is preparing for a possible surge by cracking down on smuggling networks, speeding removal of those found to have little basis to stay in the U.S., and working with international partners to stem migration. It said it's also seeking more money from Congress.

Republicans, who will control the House come January, are expected to make immigration a major issue. Already there have been calls to impeach the Homeland Security Secretary Alejandro Mayorkas. 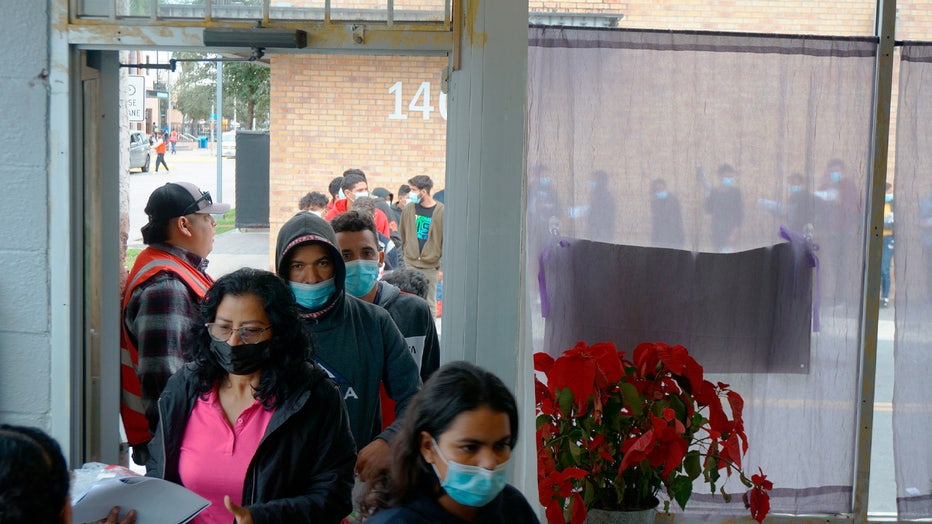 People line up inside and outside the migrant welcome center across from the bus station in Brownsville, Texas, on Friday, Dec. 16, 2022. Volunteers from Team Brownville at the center handed out food and necessities, like toothpaste and socks, to mig

Some Democrats have also voiced concern about what happens when Title 42 goes away. In a letter to Biden this week, Sen. Joe Manchin of West Virginia and Rep. Henry Cuellar of Texas joined two Texas Republicans — Sen. John Cornyn and Rep. Tony Gonzales — in asking Biden to keep Title 42 in place, saying there was a crisis at the southern border and that DHS hadn't presented a plan to maintain control there.

REBECCA SANTANA, with the Associated Press, helped contribute to this report.