The Democrat said the percentage of people infected among those tested was 3%, up from 1.7% on Monday. Meanwhile, the number of people hospitalized for COVID-19 grew by 22 patients, for a total of 217.

"Connecticut is not an island unto itself," said Lamont, noting that infection rates are increasing in surrounding states and across the U.S. "That tells you it's going to take a little bit longer for us to get through this. A little bit longer (until) the therapies and vaccines are able to give us some security on the backside of COVID."

Meanwhile, Lamont backed off from comments he made Monday about a plan to change the benchmarks for when state residents and out-of-state travelers coming from states and territories with high infection rates must quarantine for 14 days.

Lamont said he and the governors of New York and New Jersey have decided there will be no advisory for travel among the three states.

"Rather than change the metrics overall, it made a lot more sense to say, 'Within our three states, let's treat it as one region. We'll be able to travel between each other,'" Lamont said during a news conference in Windsor about grants for small businesses. 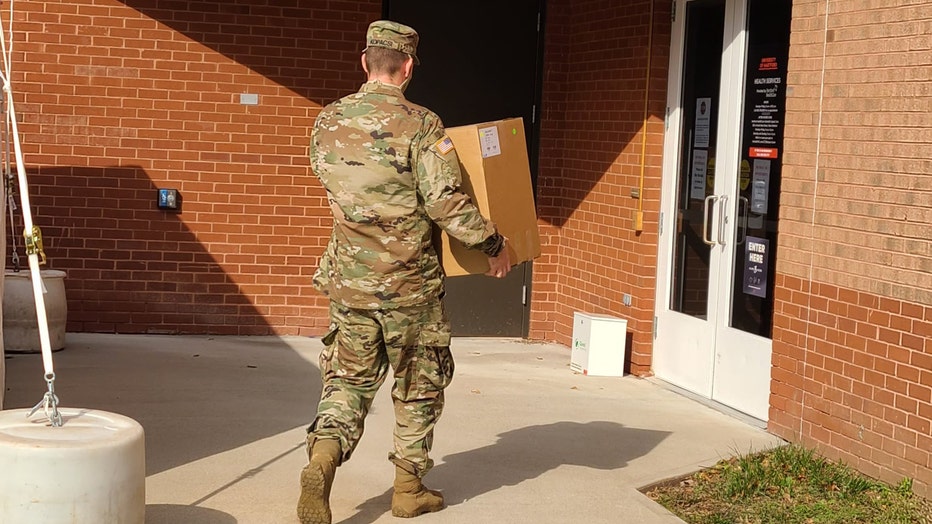 Lamont said he planned to reach out to Rhode Island and Massachusetts, as well, noting they are also part of a region where people frequently cross state borders.

"That said, (we) urge everybody to stay close at home as best you can. No need to do nonessential travel," Lamont said. For the rest of the country, he said, the existing metric will be kept in place, which is 10 cases per 100,000 population, or 10% positivity rates.

As of Tuesday, there have been 4,559 COVID-associated deaths in Connecticut, an increase of five since Monday.

In other coronavirus-related news:

The state of Connecticut is making $50 million in federal coronavirus relief funds available to small businesses that have been impacted financially by the coronavirus pandemic, providing one-time grants of $5,000 to 10,000 employers.

Half the $50 million will be allocated to businesses located in economically distressed communities in Connecticut, both urban and rural.

"So many of our small businesses have been struggling for months to protect their businesses, their livelihoods as well as our employees," said Glendowlyn Thames, deputy commissioner at the state's Department of Economic and Community Development. "This has not been lost on this administration. Small businesses are truly our heart and soul of the economy and our communities."

The grants will be targeted to businesses with no more than $1.5 million in annualized payroll expenses or fewer than 20 employees. They must be able to demonstrate a 20% or more revenue loss as of Sept. 20, compared to Sept. 20, 2019.

Thames said about 50,000 businesses, which employ 350,000 people across Connecticut, could potentially be eligible. Many of those were unable to access funds from the federal Paycheck Protection Program.

This is the second large-scale effort by the state of Connecticut to help small businesses. During the early days of the pandemic, DECD created an emergency loan program from scratch, which ultimately funded 2,123 one-year, no-interest loans, averaging $19,705 a piece.

Because of the massive flood of applications, officials decided to cap loan amounts at $37,500 — half of the $75,000 originally promised when the program was launched in March — to help twice the number of businesses.

State Rep. Caroline Simmons, D-Stamford, co-chairperson of the General Assembly's Commerce Committee, said it's important for the state to now offer small businesses a grant program instead of more loans because they can't afford to take on more debt.

Scott Dolch, executive director of the Connecticut Restaurant Association, said while the funding announced Tuesday is welcome, it "falls clearly short of what other states are doing."

"We hope this is just a first step to match what other states are doing to keep small businesses open," said Dolch, noting that most states are allowing businesses with up to 50 full-time employees or more to apply for grant funding.