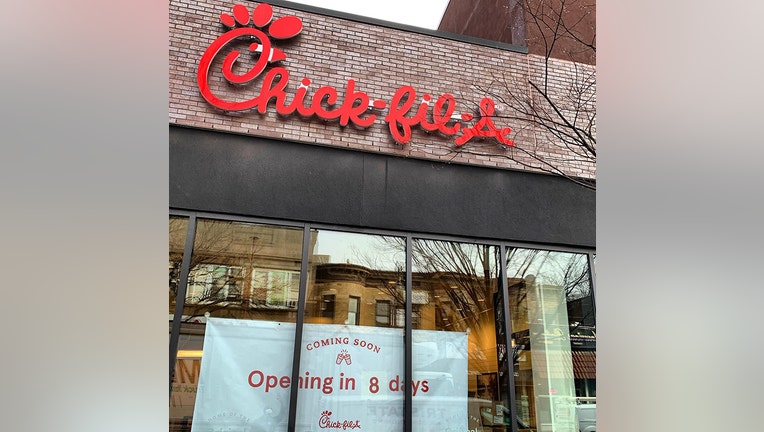 The outside of a franchise-owned Chick-fil-A restaurant set to open in Queens, N.Y. (Courtesy of Chick-fil-A Inc.)

NEW YORK - The popular Chick-fil-A fast-food chain known for its chicken sandwiches is opening a standalone restaurant in Queens this month.

Initially, the restaurant will be open for take-out orders only due to the coronavirus pandemic. Orders for delivery will be available through third-party services soon after, the company said.

This franchise, which is independently owned, is set to debut on Wednesday, Feb. 24. It is located on 82nd Street near Roosevelt Avenue and will serve Elmhurst and Jackson Heights. It is just a few blocks from Elmhurst Hospital, which was ground zero for the coronavirus in the early weeks of New York's outbreak in 2020.

Franchise owner Aman Mekonen is an immigrant from Ethiopia who grew up in Stamford, Connecticut, according to a news release. He said he is "elated" to be opening a Chick-fil-A in the neighborhood.

"I look forward to building future leaders by providing opportunities and helping to remove the roadblocks that people may encounter in their lives," Mekonen said in a statement released by Chick-fil-A. "I want my restaurant to be a place where all feel welcomed, respected and honorably served." 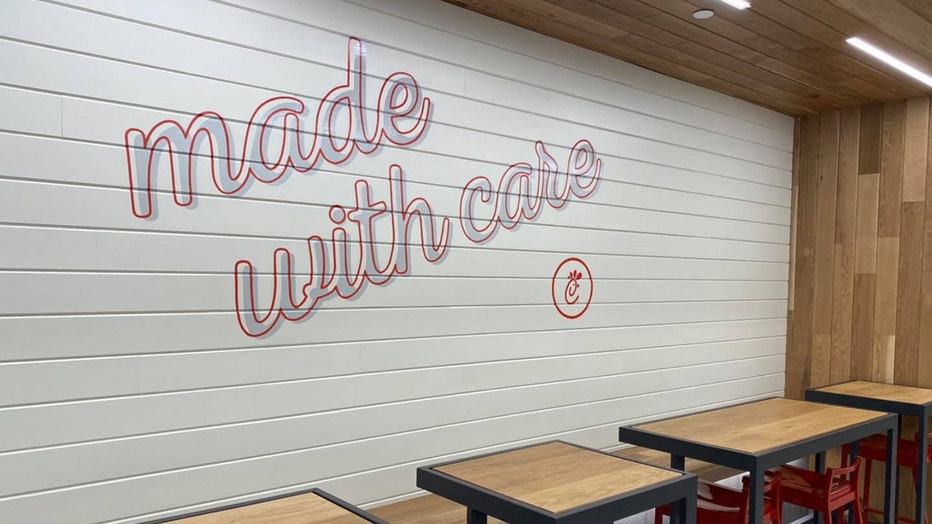 The interior of a franchise-owned Chick-fil-A restaurant set to open in Queens, N.Y. (Courtesy of Chick-fil-A Inc.)

The location will be open from Monday through Saturday. Like all Chick-fil-A eateries, it will remain closed on Sunday.

If you've got a hankering for a chicken sandwich, nuggets, or wrap, you can order and pay through either the Chick-fil-A mobile app or its website.

Chick-fil-A has one other location in Queens but it is part of the food court at the Queens Center shopping mall.