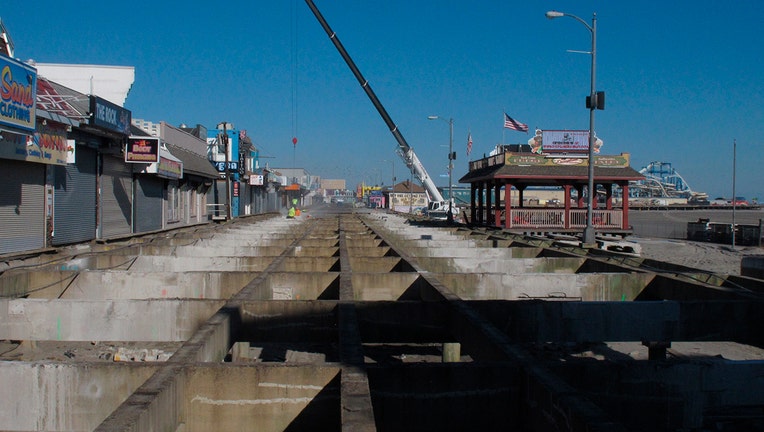 Work is underway to rebuild section of the Wildwood, N.J., boardwalk, Nov. 19, 2021. The popular seaside town is repairing or rebuilding most of its century-old boardwalk over the next five years. (AP Photo/Wayne Parry)

WILDWOOD, N.J. (AP) - One of the Jersey Shore's most popular boardwalks is undergoing repairs designed to better prepare it for next year's summer crowds.

Wildwood has begun repairing several blocks of its wooden walkway, as famous for the motorized tram cars that carry people up and down it as for the gigantic expanses of sand that stretch to the ocean.

The first $4 million of what could eventually be a $30 million to $40 million project is being done solely with state funds included in this year's budget.

The walkway is particularly popular with tourists from Philadelphia and its suburbs.

"The boardwalk is over 100 years old, and all we've ever done is patch jobs that need to be done for health and safety issues," said Mayor Pete Byron. "There never really was a plan. We couldn't afford the $80 million it would have taken to do a total rebuild."

Engineers examined the concrete substructure of the walkway and determined that not all of it was in bad shape, Byron said.

An examination of the boardwalk's underbelly by local and state officials in 2019 found some spots where concrete crumbled to the touch. 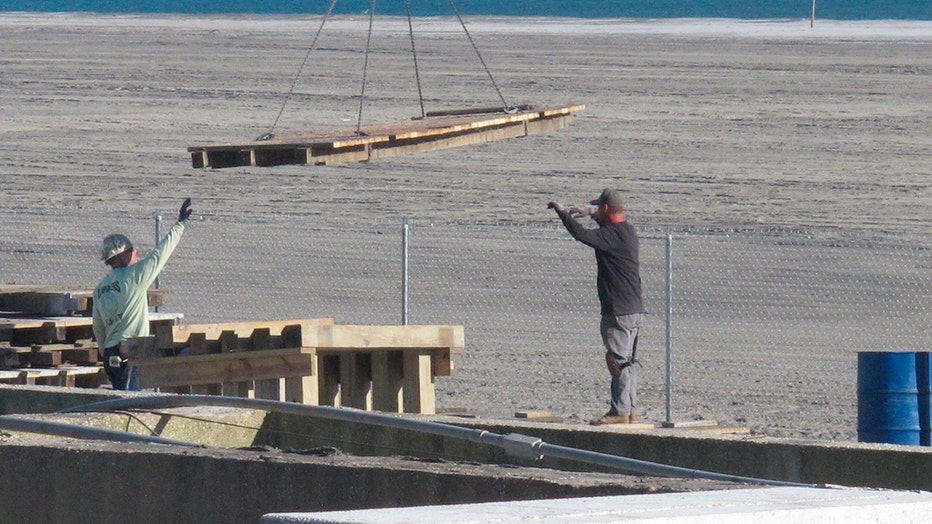 But the overall assessment of the substructure cleared the way for less expensive plans to repair the sections most in need of work, the mayor said.

Work started last week on a three-block section. Eventually, 20 of the boardwalk's 26 blocks will be refurbished, a process that could take five years, with work done in the offseason to avoid interfering with tourist season.

The mayor said there has been talk of possibly collaborating with neighboring North Wildwood to repair about 10 blocks of the walkway in that municipality, but no firm plans have been made.

Wildwood will apply for grants and explore numerous funding sources for future boardwalk repair. Gov. Phil Murphy, a Democrat like Byron, vetoed $56 million in special funding for Wildwood boardwalk repairs in 2019, voicing doubts about its constitutionality.

A proposal to reclassify the boardwalk as a roadway to make it eligible for transportation funding also went nowhere.

As part of the work, the concrete strips on which Wildwood's legendary tram cars would rise are being removed. Bicyclists sometimes got their tires caught in gaps where the concrete edge met the boardwalk wood.

The rebuilt boardwalk's surface will be entirely made of wood, but the tram cars will continue to operate as usual.