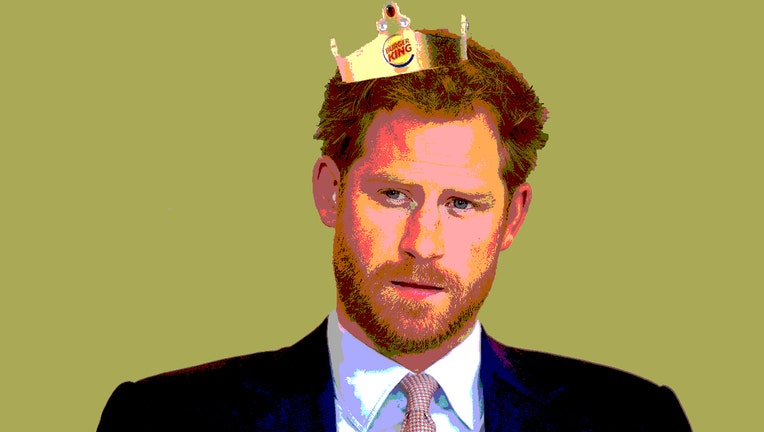 NEW YORK - After announcing he and his wife want to become financially independent, Prince Harry has a new job offer (a.k.a. social media marketing joke seeking free publicity*) from a different type of royal.

The fast-food giant Burger King pointed out on social media that it has many employment opportunities around the world, including part-time positions.

Burger King Argentina also chimed in with an image on Instagram that translates to: "Dear Dukes: You can look for your first job without giving up the crown."

Prince Harry and Meghan, known as the Duke and Duchess of Sussex, made waves at Buckingham Palace last week when they announced an intention to step back from full-time royal responsibilities and to live in Canada part of the year.

On Monday, Queen Elizabeth II agreed to grant Harry and Meghan their wish for a more independent life while remaining in the House of Windsor.