In an interview with FOX 5 NY, the actor, who won a Tony Award for her role as Anita in the 2009 revival of West Side Story, says she’s done with Broadway altogether, at least until she sees significant change.

NEW YORK - UPDATE: The Washington Post has reported that producer Scott Rudin has announced he will be stepping aside from "active participation" in his current shows and apologizing for "troubling interactions with colleagues."

In a statement to FOX 5 NY, Karen Olivo called it "wonderful news if Rudin is, in fact, stepping away from the production and severing all ties and not becoming a co-producer/silent investor."

She went on: "I hope this helps survivors gain visibility and a sense of restorative justice."

The original story follows below.

In an emotional video post on social media that’s now been seen hundreds of thousands of times, Broadway heavy-hitter Karen Olivo shocked fans and colleagues by announcing she would not be returning to "Moulin Rouge! The Musical" when theaters reopen.

But that’s not all.

In an interview with FOX 5 NY, the actor— who won a Tony Award for her role as Anita in the 2009 revival of West Side Story— says she’s done with Broadway altogether— at least until she sees significant change.

"Building a better industry is more important than putting money in my pocket," Olivo said in her original post on Instagram.

Known for her powerhouse voice, one of Olivo's breakout roles was Vanessa in Lin-Manuel Miranda's first show, 'In the Heights.'  She went on to win a Tony Award in the 2009 revival of 'West Side Story.'

Her reasons for leaving all that behind are as varied as the roles she’s played in her 20-plus year career on Broadway: Olivo says the industry has remained too silent regarding too many allegations of abuse, it has put profits ahead of people, and — as she told FOX 5 NY — it’s an industry with a current model that is "steeped in white supremacy." 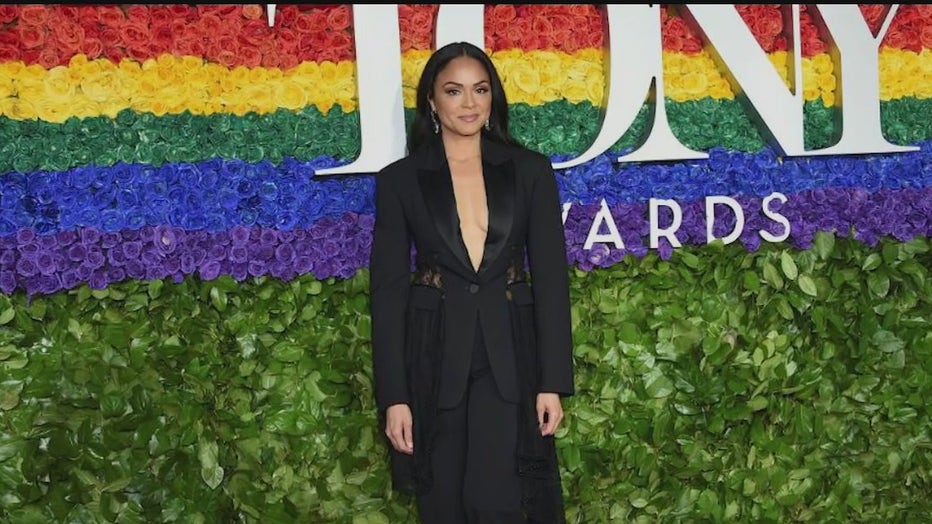 But one major catalyst that’s no doubt played a large role in her speaking out at this particular time is the recent exposé in ‘The Hollywood Reporter’ in which several former employees allege a pattern of abusive behavior on behalf of Broadway, TV, and film producer Scott Rudin.

Olivo says the industry-wide silence in the wake of the allegations against him — allegations of not only verbal tirades but also of physical abuse that required victims to seek medical attention — is "unacceptable."

Responding to a question about whether she personally had stories related to Rudin, she did not say ‘yes’ or ‘no’ but — without going into detail — did say she’s been the victim of assault.

She refers to Rudin as a "monster," adding it should be a "no-brainer" for others to speak out on him, as well. (Though she acknowledges the fear of not getting hired — especially for those newer to the business — is a very real one.)

But her frustrations are much bigger than Broadway’s response — or lack thereof — to the allegations of abuse against one man.

She says Broadway is "absolutely" too capitalistic.

"We are rushing to open [Broadway theatres] again because of profits," she said. "And when we look at profits then the people who have to make those profits for you become very vulnerable."

And, when I asked if she might ever return to the Great White Way, Olivo said, "Under the current model? A model that’s steeped in white supremacy?  It’s just — no. I wish."

Olivo will be the first to admit she isn’t sure what needs to come next— whether it's more actors coming forward, or whether it's other big-name producers or directors that have pull out of certain projects — all she knows, Olivo says, is what’s right for her.

"I just know for myself, I want to sleep at night."

FOX 5 News reached out to Scott Rudin's office for comment on both the Hollywood Reporter story and on Olivo's comments but has not heard back.

In a statement, the producers of Moulin Rouge! The Musical wished Olivo success and love, adding that they "applaud and support" her advocacy work "to create a safe, diverse, and equitable theater industry for all."