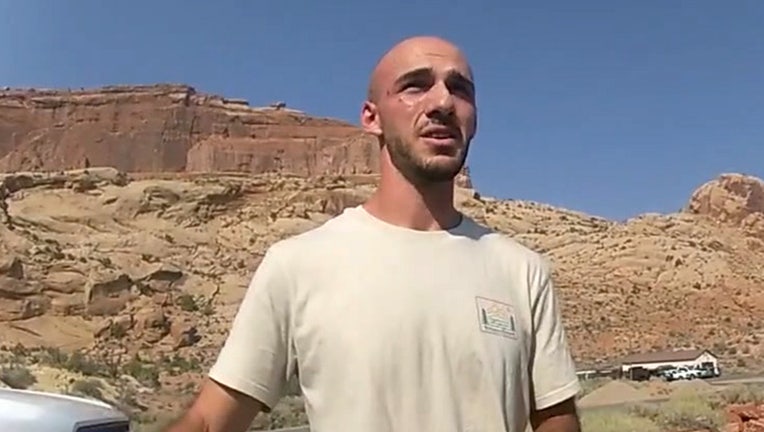 NEW YORK - A lawyer for Brian Laundrie's family has released their explanation as to why he went home to Florida without his fiancée, Gabby Petito. She was found dead in Wyoming after he left her behind and he has now disappeared.

Steven P. Bertolino, the Long Island lawyer who has been issuing statements on behalf of the Laundrie family, released this explanation to FOX 5 News on Tuesday: "Brian flew home to Tampa from SLC on 08/17 and returned to SLC on 08/23 to rejoin Gabby. To my knowledge, Brian and Gabby paid for the flights as they were sharing expenses. Brian flew home to obtain some items and empty and close the storage unit to save money as they contemplated extending the road trip."

The statement did not explain anything that happened after Aug. 23.

Gabrielle "Gabby" Petito, 22, hadn’t been seen or heard from since the end of August. Petito’s family reported her missing on Sept. 11. Her body was found in Wyoming on Sept. 19. Her death has been classified as a homicide.

WHAT'S NEXT IN SEARCH FOR BRIAN LAUNDRIE?

Laundrie is considered a person of interest in the case but he refused to cooperate with investigators.

Laundrie was reported missing by his parents on Sept. 17 after they say they had last seen him three days earlier. Chris and Roberta Laundrie have issued a previous statement through their lawyer saying they had no information on where their son is.

The pair set out on a journey of national parks from New York in July.  Their plan was to end up on the West Coast for Halloween.