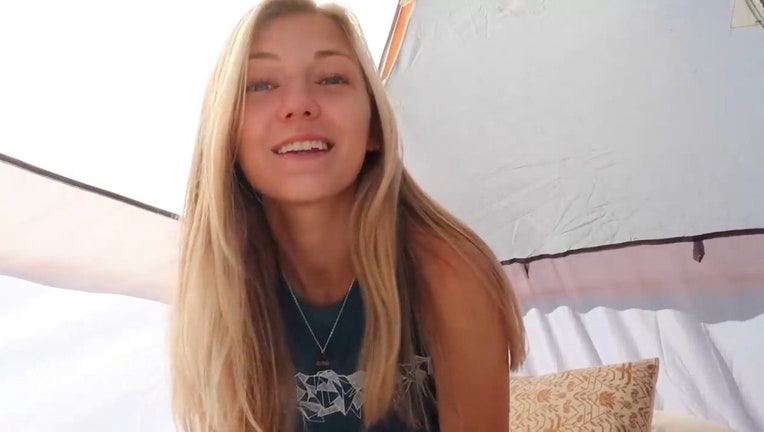 NORTH PORT, Fla. - The parents of Gabby Petito described in heartbreaking detail the moments when they heard the news that their 22-year-old daughter’s remains were believed to have been found in Wyoming after she had been missing for weeks, and say they believe her fiancé, Brian Laundrie, is still alive.

Joe Petito and Nichole Schmidt, Gabby’s mother and father, and her nearly lifelong stepparents, Tara Petito and Jim Schmidt, sat down for an interview on Dr. Phil McGraw's television show that aired Tuesday. The approximately 30-minute interview covered topics ranging from Nichole Schmidt’s early inkling that her daughter was not OK; the text messages Gabby’s parents sent to Laundrie's parents; and their belief that he is hiding out.

Nearly all of the four parents were scattered throughout the country when the FBI told them Sept. 19 that they "had some information that they wanted to share," Jim Schmidt recalled.

The parents and stepparents of Gabby Petito revealed matching tattoos similar to the one the slain woman had on her forearm with the message: Let It Be.

With Jim Schmidt in Wyoming, he met law enforcement agents at a conference room of the hotel where he was staying, he said. As he entered the room for the meeting that day, Jim could see through a window an FBI agent rushing in to meet him. He later learned the agent wanted to share the news before word got out of their discovery.

"They described a piece of clothing to me that matched one of her favorite sweatshirts that we knew … was hers," Jim Schmidt recalled. "We were all crying in the room. You know, couldn't believe it, because we were holding out for hope. I knew what we were potentially going to find when we came here."

The others joined the meeting via conference call, where they learned that the FBI had found the remains of a body that matched Gabby’s physical description.

"I was able to compose myself and we got everybody on a conference call, and I was able to relay it to everyone," Schmidt continued. While Jim Schmidt was in Wyoming, Nichole was in New York and Tara and Joe Petito were in Florida, they told McGraw.

Through tears, Petito’s mother described to McGraw learning that investigators had "found remains."

The FBI confirmed two days later that the remains belonged to Petito and identified the manner of her death as being homicide.

Nichole Schmidt added that she suspected the worst on Sept. 11, just hours after she had reported her daughter missing, after she learned from authorities that the van in which Gabby and Laundrie had traveled cross-country was back at the North Port, Florida, home of Laundrie's family.

"I didn't want to admit it," she said, "but I felt it the night I found out the van was in Florida on the 11th, I felt in my heart that she was gone." 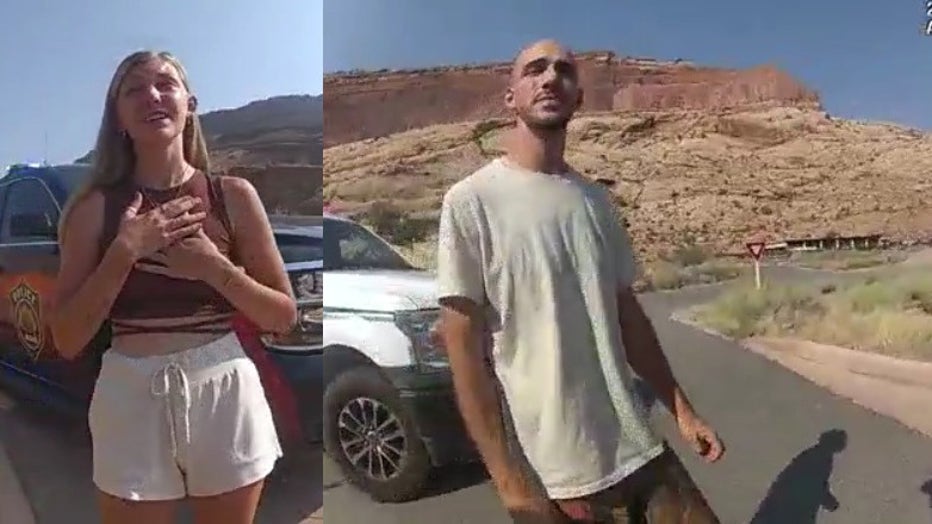 Brian Laundrie and Petito had embarked on their road trip mid-June in a converted white Ford Transit van. They planned to visit national parks along the way. They had begun dating years earlier after meeting at their local Long Island, New York, high school and had moved to North Port, Florida, to live with Laundrie’s parents.

On Sept. 1, Laundrie returned to the North Port home in the couple's van, but without Petito, officials said. She was not reported missing until 10 days later, on Sept. 11, when her mother notified police in Suffolk County, New York. Authorities later seized the van from the Laundries' home. Brian then went missing, with his lawyer first telling reporters he disappeared on Sept. 14, before revising the date to Sept. 13.

Shortly thereafter, authorities named Laundrie as a person of interest in connection with what was then Petito's disappearance. On Sept. 23, the FBI issued an arrest warrant for Laundrie, accusing him of bank card fraud.

During the Tuesday show, Stafford alleged that Brian Laundrie stole Petito's credit card, used it "to get home and then ran from the police."

During a different portion of the interview, Joe Petito told McGraw that Brian "didn’t tell us" that he had returned home in Petito’s van. Nichole Schmidt added: "As far as we know, our daughter was camping."

"One of the texts, I mean, I was going to call the police. You know, ‘Just letting you know because we have no idea, no responses,’" Joe Petito continued. "A normal parent, when you text someone that they’re going to call the cops because you can’t find your child, they would reply."

Joe Petito further described how Brian’s parents, Chris and Roberta Laundrie, allegedly "had papers at the door," with instructions for police to contact their attorney.

Petito, who has been outspoken to the media regarding his feelings toward how the situation has been handled by the Laundrie family, told McGraw he felt that the Laundries "owed me more than that."

"I'm a dad. I make my kids stand up for their decisions," he explained. "If they make a mistake, I'll help you. I'll walk you through that path. But you're going to, man, you're going to own up to your mistake because that's what a parent does – not what they're doing. I'm sorry."

Gabby’s parents said they both believe the Laundries "know a lot more information than they’re putting out there," as Nichole Schmidt said.

When asked if they believed "100%" that Brian Laundrie is in hiding, Joe Petito responded: "I do."

"Because he’s a coward. Flat out. I could use some other words, but I can’t use them on your show. Coward," he said. "Anyone that lived in that house is a coward, and they don’t know how to stand up for their actions."