The picks include former Secretary of State John Kerry to take the lead on combating climate change. Biden is also expected to choose Janet Yellen, who was nominated by former President Barack Obama to lead the Federal Reserve, as the first woman to become treasury secretary.

Biden's emerging Cabinet marks a return to a more traditional approach to governing, relying on veteran policymakers with deep expertise and strong relationships in Washington and global capitals. And with a roster that includes multiple women and people of color — some of whom are breaking historic barriers in their posts — Biden is fulfilling his campaign promise to lead a team that reflects the diversity of America.

The incoming president will nominate longtime adviser Antony Blinken to be secretary of state, lawyer Alejandro Mayorkas to be homeland security secretary and Linda Thomas-Greenfield to be ambassador to the United Nations. Avril Haines, a former deputy director of the CIA, will be nominated as director of national intelligence, the first woman to hold that post.

Thomas-Greenfield is Black, and Mayorkas is Cuban American. 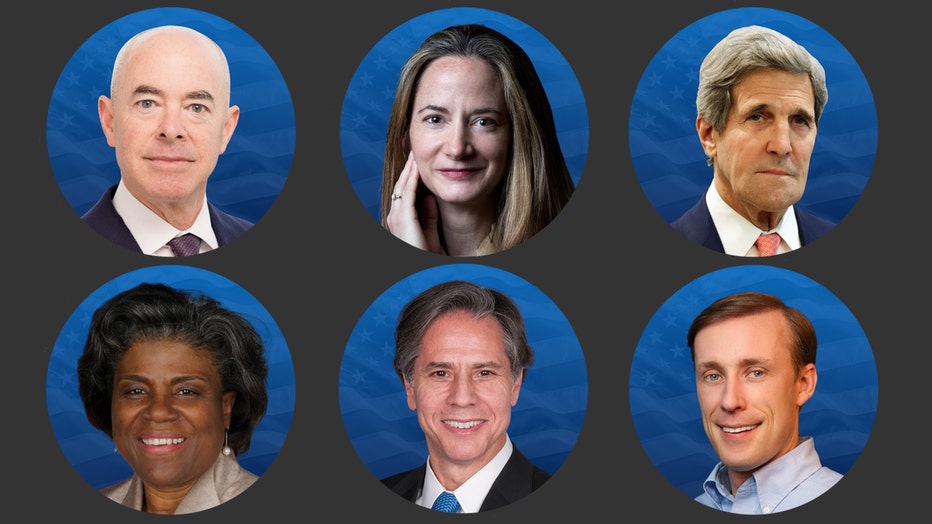 They "are experienced, crisis-tested leaders who are ready to hit the ground running on day one," the transition said in a statement. "These officials will start working immediately to rebuild our institutions, renew and reimagine American leadership to keep Americans safe at home and abroad, and address the defining challenges of our time — from infectious disease, to terrorism, nuclear proliferation, cyber threats, and climate change."

In the weeks ahead, Biden could also name Michèle Flournoy as the first woman to lead the Defense Department. Pete Buttigieg, the former Indiana mayor and onetime presidential candidate, has also been mentioned as a contender for several Cabinet agencies.

In making the announcements on Monday, Biden moved forward with plans to fill out his administration even as President Donald Trump refuses to concede defeat in the Nov. 3 election, has pursued baseless legal challenges in several key states and has worked to stymie the transition process. 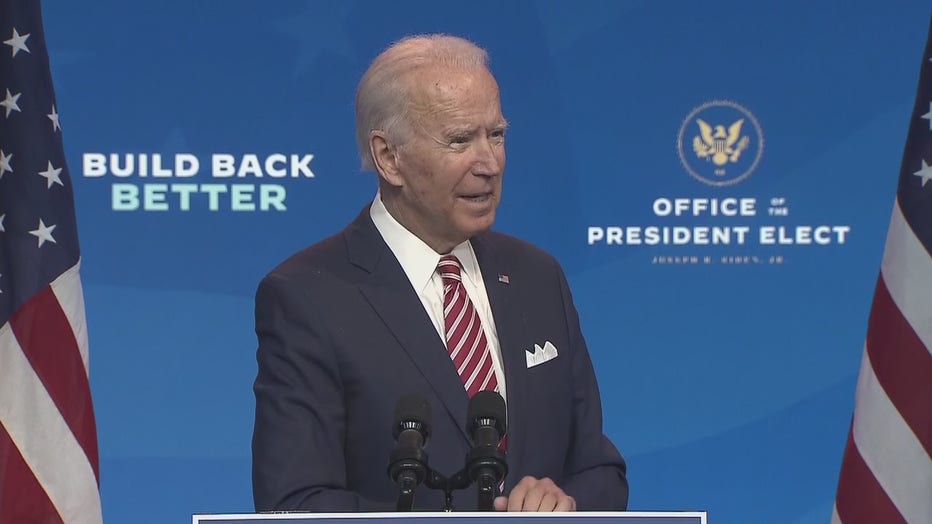 Trump said Monday that he was directing his team to cooperate on the transition but vowed to keep up the fight. His comment came after the General Services Administration ascertained that Biden was the apparent winner of the election, clearing the way for the start of the transition from Trump's administration and allowing Biden to coordinate with federal agencies on plans for taking over on Jan. 20.

The nominations were generally met with silence on Capitol Hill, where the Senate's balance of power hinges on two runoff races that will be decided in January.

The best known of the bunch is Kerry, who made climate change one of his top priorities while serving as Obama's secretary of state, during which he also negotiated the Iran nuclear deal and the Paris climate accord. Trump withdrew from both agreements, which he said represented a failure of American diplomacy in a direct shot at Kerry, whom he called the worst secretary of state in U.S. history.

Blinken, 58, served as deputy secretary of state and deputy national security adviser during the Obama administration and has close ties with Biden. If confirmed as secretary of state, he would be a leading force in the incoming administration's bid to reframe the U.S. relationship with the rest of the world after four years in which Trump questioned longtime alliances.

He will inherit a deeply demoralized and depleted career workforce at the State Department. Trump's two secretaries of state, Rex Tillerson and Mike Pompeo, offered weak resistance to the administration's attempts to gut the agency, which were thwarted only by congressional intervention.

Although the department escaped massive proposed cuts of more than 30% in its budget for three consecutive years, it has seen a significant number of departures from its senior and rising mid-level ranks, from which many diplomats have opted to retire or leave the foreign service given limited prospects for advancements under an administration they believed did not value their expertise.

Blinken served on the National Security Council during President Bill Clinton's administration before becoming staff director for the Senate Foreign Relations Committee when Biden was chair of the panel. In the early years of the Obama administration, Blinken returned to the NSC and was then-Vice President Biden's national security adviser before he moved to the State Department to serve as deputy to Kerry.

A graduate of Harvard University and Columbia Law School, Blinken has aligned himself with numerous former senior national security officials who have called for a major reinvestment in American diplomacy and renewed emphasis on global engagement.

"Democracy is in retreat around the world, and unfortunately it's also in retreat at home because of the president taking a two-by-four to its institutions, its values and its people every day," Blinken told The Associated Press in September. "Our friends know that Joe Biden knows who they are. So do our adversaries. That difference would be felt on day one."