WASHINGTON - President Joe Biden signed an executive order on Monday aimed at addressing what the administration calls an "epidemic" of missing or murdered Indigenous people across the U.S. — part of an overall effort to showcase his commitment to Native Americans.

The White House is hosting a two-day summit, with leaders from more than 570 tribes in the United States expected to participate. The summit is being held virtually due to the COVID-19 pandemic, which has affected Native Americans and Alaska Natives at disproportionate rates.

The president’s new executive order tasks the Justice, Homeland Security and Interior departments to work together to help combat human trafficking and crime on native lands. White House officials said they are looking at ways to strengthen participation in Amber Alert programs and national training programs for federal agents. They will also create a liaison who can speak with family members and to advocates. 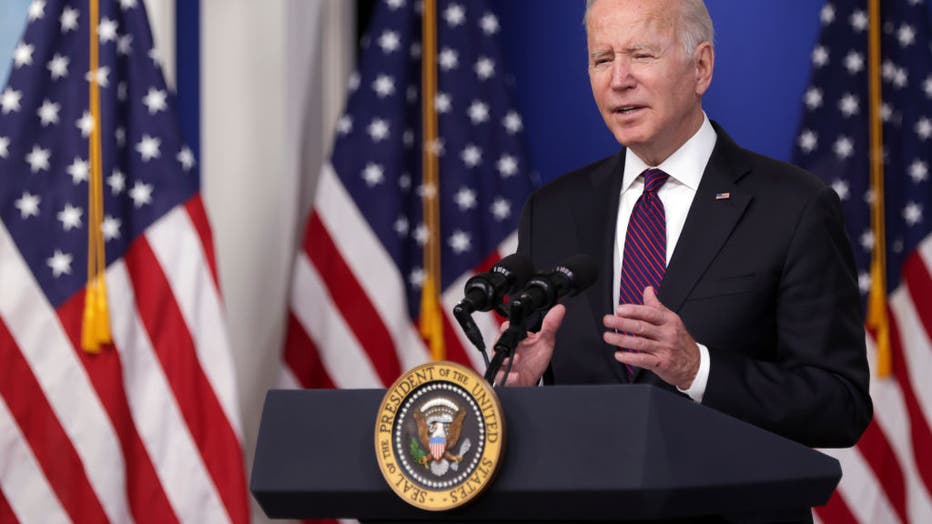 American Indians and Alaska Natives are more than twice as likely to be victims of a violent crime and at least two times more likely to be raped or sexually assaulted compared to other races, according to the Association on American Indian Affairs.

Extensive media coverage of the disappearance and death of 22-year-old Gabby Petito while on a cross-country trip over the summer also led to calls for attention to other missing people — particularly for Native American girls and women.

Secretary Deb Haaland, a member of the Laguna Pueblo and the first Native American to lead the Interior Department, said during a news conference in September that her heart went out to Petito’s family, but that she also grieved for "so many Indigenous women″ whose families have endured similar heartache "for the last 500 years.″

The search for Petito generated a whirlwind of news coverage, especially on cable television, as well as online sleuthing, with tips, possible sightings and theories shared by the hundreds of thousands on TikTok, Instagram and YouTube. Petito was later found dead at the edge of Grand Teton National Park in Wyoming and determined to have been the victim of a homicide.

Petito case leads to discovery of another missing person

Based on a press statement from Teton County Search and Rescue, the widespread coverage of Gabby Petito may have assisted in shedding light on Robert Lowrey's case.

A report prepared for the state of Wyoming found that at least 710 Native Americans were reported missing between 2011 and late 2020. Between 2010 and 2019, the homicide rate per 100,000 for Indigenous people was 26.8, eight times higher than the homicide rate for White people, the report said.

Haaland said during the Sept. 23 news conference that she has frequently seen Native American family members posting pictures on fences and the sides of buildings to help locate missing girls or women.

"I see my mother. I see my aunties or my nieces or even my own child. So I feel that every woman and every person who is in this victimized place deserves attention and deserves to be cared about," she told reporters.

Haaland, who introduced Biden ahead of Monday’s signing, previously pushed for a law signed last year to address the crisis of missing, murdered and trafficked Indigenous women. The law, known as Savanna’s Act, is intended to help law enforcement track, solve and prevent crimes against Native Americans, especially women and girls.

The law is named for Savanna LaFontaine-Greywind, a member of the Spirit Lake tribe who was abducted and killed in 2017 near Fargo, North Dakota. Greywind, 22, was pregnant, and her unborn baby was cut from her body. Her remains were found in the Red River.

The Bureau of Land Management, an agency of the Interior Department, will begin a study on the possible withdrawal for a period of 20 years from federal lands within a 10-mile radius of Chaco Culture National Historical Park. Such a move would bar new federal oil and gas leasing and development on those lands. Those lands will not be eligible for leasing while the study is underway, though past administrations had already opted to impose the buffer administratively.

Environmentalists and some tribes have complained that such a move is only temporary and that permanent protections are needed. But it isn't so simple; while some tribes have fought for protections, the Navajo Nation, which has more to lose by curbing oil and gas, has asked for a smaller radius around the site, an ancient center of Pueblo culture.

"Chaco Canyon is a sacred place that holds deep meaning for the Indigenous peoples whose ancestors lived, worked, and thrived in that high desert community," said Haaland. "Now is the time to consider more enduring protections for the living landscape that is Chaco, so that we can pass on this rich cultural legacy to future generations."

The tribal nations summit coincides with National Native American Heritage Month and is being hosted by the White House for the first time. The summit was not held during the Trump administration; past conferences took place at the Interior Department.

Since taking office in January, Biden has taken several steps that the White House says demonstrate his commitment to tribal nations.

Among them are naming Haaland, a former congresswoman from New Mexico, as the first Native American to lead the powerful federal agency that has wielded influence over U.S. tribes for generations.

Biden's coronavirus relief plan included $31 billion for tribal communities, and the administration has worked closely with tribal leaders to help make COVID-19 vaccination rates among Native Americans among the highest in the country, the White House said.

Navajo Nation Council Delegate Amber Kanazbah Crotty said she hoped the summit would help eliminate red tape when building critical infrastructure on tribal lands. She was also interested in "concrete action" from the administration through executive orders to provide as much support to help Native communities recover from COVID-19 and "the systemic under service of our communities."

Biden recently became the first president to issue a proclamation designating Oct. 11 as Indigenous Peoples' Day, giving a boost to longstanding efforts to refocus the federal holiday celebrating Christopher Columbus toward an appreciation of Native peoples.