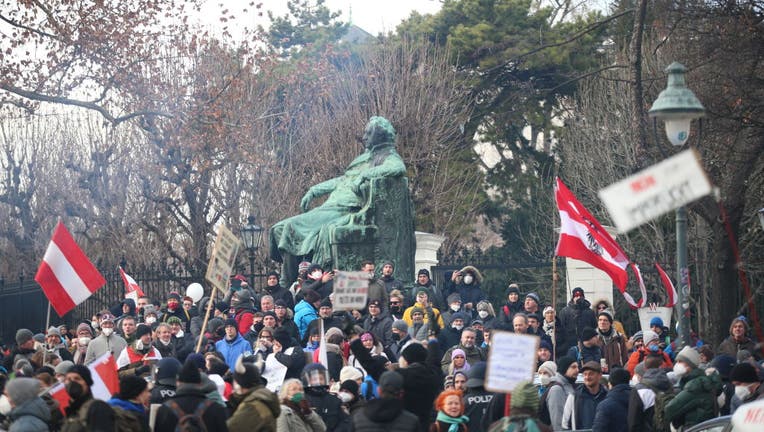 AUSTRIA - Austria has announced that it will begin imposing fines on people without COVID-19 vaccinations beginning in March.

As reported by Bloomberg, Chancellor Karl Nehammer said that those unwilling to get vaccinated will face penalties of as much as 3,600 euros ($4,108).

The new mandate will apply to all adults and will be implemented in phases.

First, the unvaccinated will receive a written notification. Then, in mid-march, police will be allowed to check vaccine status and impose fines, however the fines can be reversed if people get vaccinated within two weeks of the penalty.

Austria is not the only European country to take a tough stance on vaccination.

French President Emmanuel Macron pledged to make life more difficult for the unvaccinated and on Sunday, France's parliament approved a law that excludes the unvaccinated from all restaurants, sports arenas, and other venues.

Italy has also imposed a vaccine mandate on people over the age of 50, and Greece has said it will begin fining senior citizens who are not vaccinated.

Thousands gathered in Austria's capital, Vienna, over the weekend to protest the plan, while other protests were seen in France