Police are searching for the man who attacked an Asian woman in the East Village.

NEW YORK - The NYPD has arrested a suspect in an attack on a woman who was heading to an anti-Asian violence rally in the East Village, police said.

The man approached the 37-year-old woman on Sunday at about 11:37 a.m. outside 51 Astor Place. The man asked the woman for a sign she was carrying. He then took the sign and attempted to put it into a garbage can and then placed it onto the ground and stomped on it, police said.

When the victim asked the man why he did that, he punched her twice in the face with a closed fist, police said. Then he fled into the Astor Place and 8 Street subway station on the 6 line, police said.

Authorities arrested and charged Erick Deoliveira, 27, with assault as a hate crime and criminal mischief as a hate crime, the NYPD announced on Monday.

The woman suffered a cut and bruising to her lip and a sprained ankle as she ran after the suspect. The victim was removed via EMS to Lenox Hill Healthplex Hospital for treatment. The NYPD's Hate Crimes Task Force is investigating.

Attacks on Asians in New York and around the country have rattled many people. Some Asian American Guardian Angels say they have stepped up patrols.

Community members from all backgrounds in Chinatown Saturday for a march against anti-Asian hate.

Anyone with information regarding the case is asked to call the NYPD's Crime Stoppers Hotline at 1-800-577-TIPS (8477). The public can also submit their tips by logging onto the CrimeStoppers website at WWW.NYPDCRIMESTOPPERS.COM, or on Twitter @NYPDTips or by texting their tips to 274637 (CRIMES) then enter TIP577. 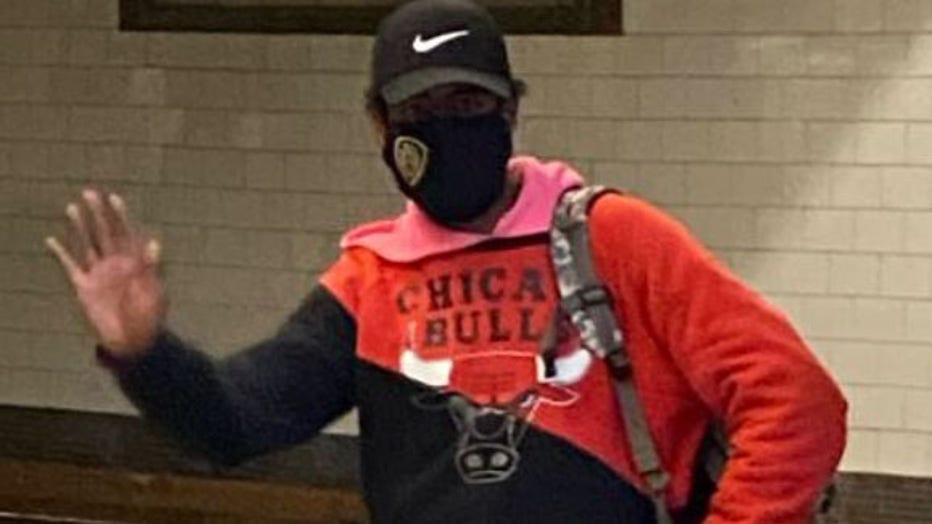 The NYPD said this man punched an Asian woman on her way to a rally in the East Village. (NYPD)

There have been a string of assaults against Asian Americans in recent weeks as the coronavirus pandemic continues.

On Saturday, a 66-year-old Asian man was punched in the face in an unprovoked attack. The incident happened just before 9 a.m. on Allen Street in Chinatown.