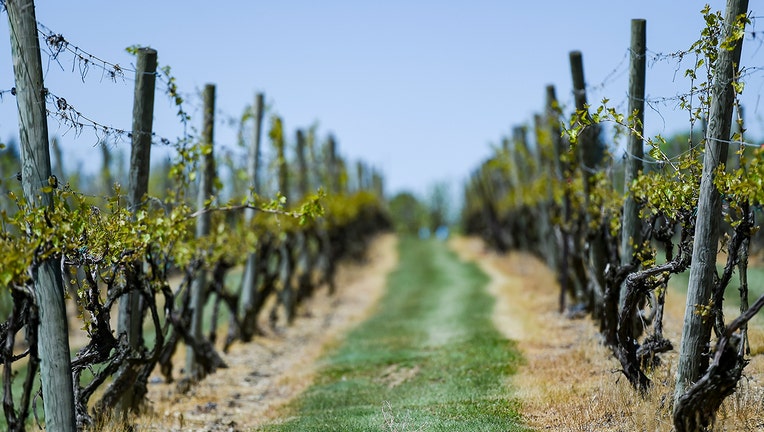 NEWTON, Penn. - Since he was a boy, Tom Carroll dreamed of turning his family’s 200-year-old horse farm into a vineyard and winery. The only issue was that the farm is in Newtown, Pennsylvania not Tuscany or Champagne or even New World Napa.

But that geographical fact did not dissuade the dreamer. He started Crossing Vineyards and Winery in 2000, planting the first block with his own hands.

"After 23 years now, the dream has become a reality. And we've seen the industry really take off here on the East Coast," Carroll proudly told FOX Weather’s Katie Byrne. "We kind of took a leap of faith. We ended up cranking out some pretty good wines. We won some big medals and awards internationally for our wine, and we're finally starting to get the recognition we deserve."

Winemakers like Carroll say the weather has changed since he was a kid, pushing ideal growing regions further north in our hemisphere.

HOW WEATHER CAN IMPACT WINE PRODUCTION

"We’ve noticed over the last several years there has been a trend to the warmer side," noted Carroll. "So we have noticed that our high temperature in the summer is little bit higher than it was in previous years."

Stephen Hagen, owner of Antiquum Farm, started sending farm animals into the forest to eat potential wildfire fuel in the summer of 2021.

He and his team planted the 20 acres largely with European varietals like Cabernet Sauvignon, Merlot and Chardonnay – not native grapes that evolved to succeed in the local weather and soil.

And he is not alone. The Wine Institute reports that the number of East Coast wineries tripled from 2000-2017.

"We’ve probably seen a couple more days added to each growing season," agrees Chris Pladsen, Vineyard Manager of Crossing Vineyards. "It gives us more time to get the grapes ripe and tasting amazing."

The traditional growing season runs from mid-March/early April to early October. Pladsen said he is OK with summer storms as a tradeoff for the great soil.

RELATED: Saving your wine one bite at a time: Oregon winery uses goats to fend off wildfires

"I think that's something that really surprises people. When you think of American-made wines, you're thinking California with a nice dry climate and really not so much Pennsylvania," Pladsen continued. "But we're actually at the same latitude as Burgundy, France. And the soil that we have here has been used for planting or used for farmland for a long time. So it's kind of ideal."

The Pennsylvania Wine Association claims on their website, "Pennsylvania has more than 14,000 acres of some of the most fertile grape-growing land on the East Coast." They liken the hot summers and cold winters to Europe's climate rather than California's.

"I tell people, pick your poison. Do you want drought? Do you want dry? Do you maybe want some wildfires or do you want to go with snow, rain and an occasional spotted lanternfly? Because that's some of the things we deal with here," adds Carroll. "I'm not going to lie. It's a challenge, but it depends when it rains. So if we look out and around that harvest window, if it stays dry, I think year to year we can do consistent quality."

If you are looking for wines that are tougher to find in Napa or Burgundy, Crossings' Peach Wine won Best in Show for Fruit Wines in the 2018 Pennsylvania wine Competition.

Find more updates on this story at FOXWeather.com.