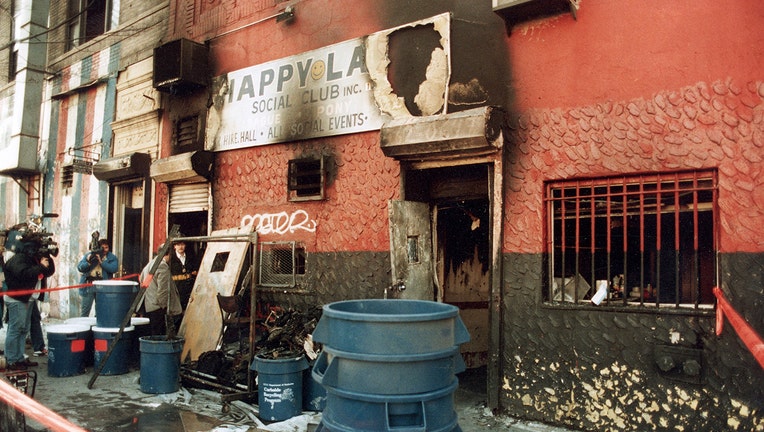 An arson fire ripped through the Happy Land social club in the Bronx, killing 87 people, on March 25, 1990. (AP File Photo)

NEW YORK - An apartment high-rise fire in the Bronx that killed 17 people and injured dozens of others on Sunday was one of the deadlier building fires in the city's history.

Some lists of New York City's most deadly fires include the 9/11 attacks at the World Trade Center. Two commercial airline flights crashed into the towers, leading to fires and collapses of both buildings that killed about 2,750 people. Before 9/11, the deadliest fire in the city's history was aboard the General Slocum excursion boat in the East River in 1904, when 1,021 passengers died.

Here is a look at some of the worst building fires in New York City:

The fire swept through the Brooklyn Theatre on Dec. 5, 1876, near the end of a performance of "The Two Orphans," killing at least 278 people. Media reports said a gas lantern ignited some scenery, and many of the victims were trampled trying to get out of the building, which had no fire exits.

The fire on March 25, 1911, at the Manhattan factory killed 146 workers, leading to workplace safety improvements and spurring the organized labor movement. There was only one fire escape in the building. Some doors were locked as managers sought to prevent theft, according to the federal Occupational Safety and Health Administration. 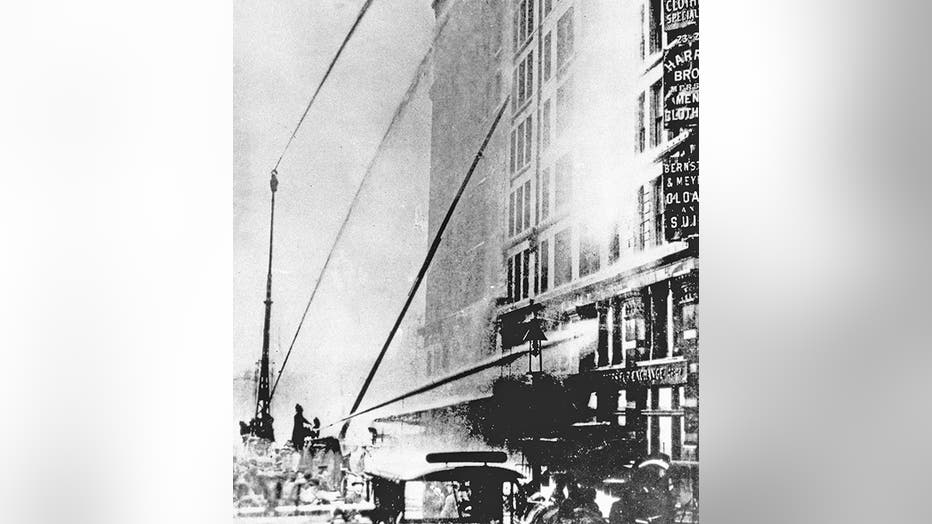 Firefighters work to put out the fire at the Triangle Shirtwaist Company in Greenwich Village, New York, March 25, 1911. (AP Photo/File)

An arsonist set fire to the illegally operated social club in the Bronx on March 25, 1990, killing 87 people, most of whom were immigrants. The arsonist, Cuban refugee Julio Gonzalez, got into an argument with his former live-in girlfriend and was thrown out of the club, but he returned with gasoline, set the fire and pulled down the metal front gate. 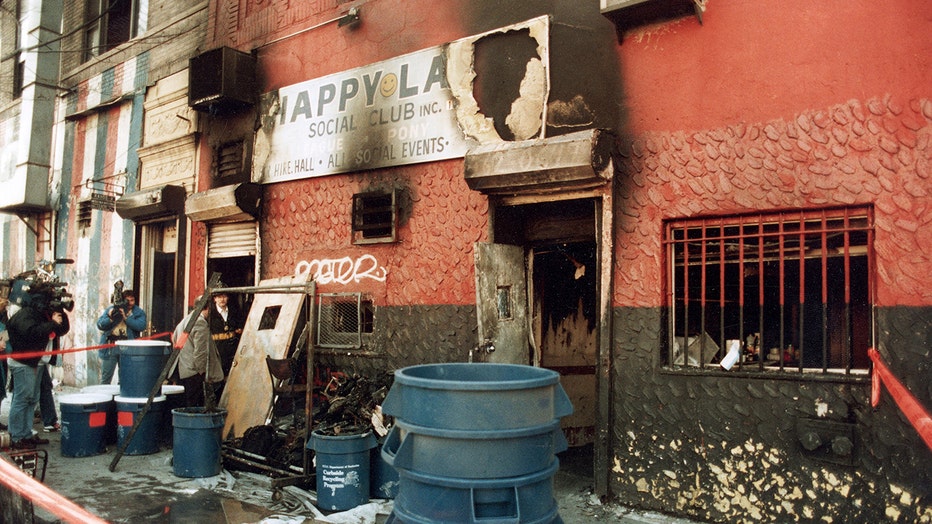 An arson fire ripped through the Happy Land social club in the Bronx, killing 87 people, on March 25, 1990. (AP File Photo)

The fire at the seven-story hotel in Manhattan happened during the city's St. Patrick's Day parade in 1899, blamed on someone throwing a lit match out of a window. The Evening Telegraph reported authorities recovered 45 bodies and another 41 people were missing, according to a 2014 New York Times story.

A fire at the abandoned factory just north of the George Washington Bridge killed 37 people when a wall of the building collapsed and fell onto an apartment building on Dec. 12, 1946, according to Yeshiva University, which is near the fire site. 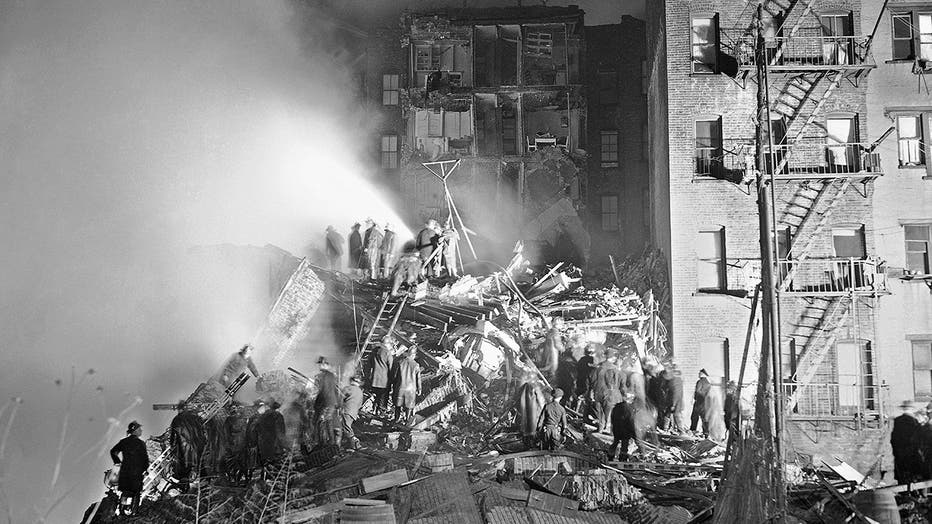 Firemen probe the wreckage of the Knickerbocker Ice Co. and an adjoining tenement at 184th Street and Amsterdam Avenue in Manhattan following a fire and blast that wrecked the ice house and virtually demolished the tenement on Dec. 12, 1946. (AP Phot

The Great New York City Fire of 1845 destroyed dozens of buildings in Lower Manhattan, caused explosions and killed 30 people, according to historical accounts.

RELATED: How you can help the victims of the Bronx deadly apartment fire

The fire at the hospital on Ward's Island on Feb. 18, 1923, killed 27 people, three years after officials had said the building was at high risk for a catastrophic fire, according to the National Fire Protection Association.

The fire at the Bronx club in October 1976 killed 25 people and injured two dozen others. Authorities said it was intentionally set.

Authorities said 24 workers died in the March 19, 1958, fire at the Manhattan business. 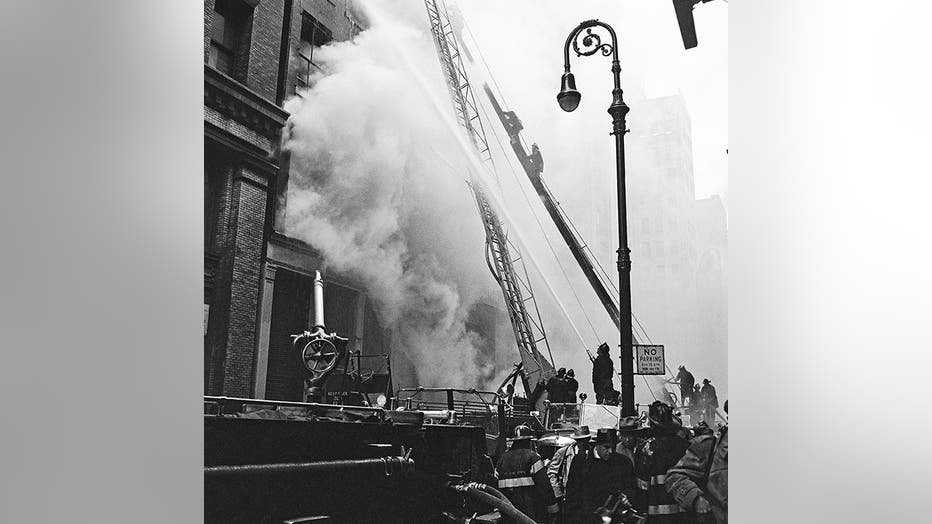