While the pandemic has taken its toll on many retail sectors, the alcohol business is booming since the lockdowns started.

NEW YORK (AP) - A raging pandemic, tumultuous presidential election and deadly Capitol insurrection have combined to make the annual tradition of Dry January more moist than air-tight for some.

Not Sarah Arvizo. She considers it her easiest yet. As much as the 32-year-old Manhattanite would love to partake in a little "vinopeutics," she said the abstinence period she's participated in for several years has been made smoother this time around by her at-home pandemic life and the closing of bars and restaurants.

"Longing for those days, for sure," said the social drinker who lives alone. "But unless I want to freeze outside, that's largely off the table this year."

Eight-year-old Dry January, which comes at the height of resolution season after the holidays, has brought on the desired benefits for many among the millions participating around the world. They're losing quarantine weight, experiencing more clarity and sleeping easier.

Others with lockdown time on their hands and round-the-clock access to TV news and the home liquor cabinet are struggling to meet the challenge. Some who have already cheated hoisted a glass on Inauguration Day, Dry January's surreal New Year's Eve.

Sue Cornick, 52, in Los Angeles, wanted to experience Dry January after her consumption of alcohol rose from three or four days a week to five or six. But she knew pulling the plug wouldn't work before a celebratory Inauguration Day, so it's Dry February for her.

"Full disclosure, my Dry February will be more like almost dry. I'll definitely have a cheat day here and there. Just no daily habit," she said.

Others are holding steadfast but said the horrid year that was and the chaotic events of January have made it far more difficult. The odds aren't in their favor. Studies over the years have shown that a small percentage of New Year's resolutions overall are actually achieved.

Peta Grafham, a 61-year-old retired IT specialist in Tryon, North Carolina, signed on to Dry January after watching her alcohol intake creep up during the pandemic and months of political and racial turmoil.

Mental Health in a Pandemic

Any global pandemic is a massive threat to public health. And that includes mental health. Lauren Urban, a New York City-based psychotherapist, talked to FOX 5 NY about what we can all be mindful of during this tense time in our lives. (Produced by Arun Kristian Das)

"I'm a social creature and isolating has been difficult. I found that I would open a bottle of wine and watch TV, usually CNN, and could knock back a bottle in less than two hours. Then I would move on to the Grand Marnier," said Grafham, who lives with her husband. "I announced to my friends and family that I was doing a Dry January, so my pride is what's keeping me sober."

She hasn't had a drop since Dec. 31. Her spouse didn't join, but she said he's an efficient nurser of bourbon or vodka and has supported her effort.

"I seemed incapable of limiting myself to just one glass," Grafham said.

According to a recent survey from the American Psychological Association, 78% of adults report the COVID-19 pandemic has been a significant source of stress, and 65% said the amount of uncertainty in the world is causing strain.

At 27, Emily Roethle in Encinitas, California, nearly broke on Jan. 6, when a riotous mob descended on the Capitol.

"This is my second Dry January," she said. "It's difficult this year. I've looked to my glass of wine to separate work from home as I work remote, but in ways it's easier as there's no happy hour or dinner invitations."

While addiction treatment experts note that a month of forced sobriety may not have a lasting impact and may lead to binge drinking in February, others believe the show of sobriety can't hurt. 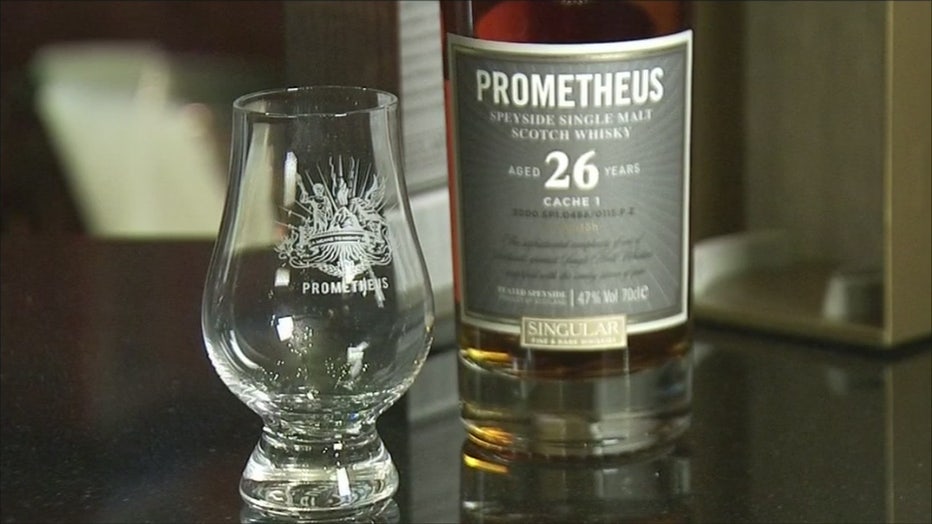 Dry January began after a woman training for her first half-marathon, Emily Robinson in the U.K., decided to quit drinking for the month. She later went to work for an alcohol awareness organization that launched a national campaign. The event slowly went global.

Well before that, in 1942, Finland began a program called Raitis Tammikuu, meaning sober January, to assist the war effort against the Soviet Union, said Hilary Sheinbaum, who wrote a new book about Dry January, "The Dry Challenge." She said she wrote from personal experience.

"On Dec. 31, 2016, moments before the ball dropped, I made a Dry January bet with a friend," Sheinbaum said. "In the end, I ended up going the full 31 days. My friend did not. He ended up buying me a very fancy meal, but I had the opportunity to see how alcohol was affecting my day-to-day life. With Dry January, I had clearer skin. I was sleeping better. I had so much more financial savings at the end of the month. This is my fifth Dry January."

When she took on her first dry challenge, she was working regularly at booze-infused events as a red carpet reporter, and a food and beverage writer. She was also single and going on a lot of dates. Now in a two-year relationship, she and her live-in boyfriend do Dry January together.

"Having someone doing it with you is definitely encouraging," Sheinbaum said. "For many Americans, we start off the year with a number of resolutions, whether that's saving money, losing weight, just being healthier in general. Dry January checks the boxes for those goals and many more."

HOW THE PANDEMIC CAN ATTACK YOUR MENTAL HEALTH

She and others note that the ritual isn't meant as a substitute for addiction treatment and recovery. Dr. Joseph DeSanto, an MD and addiction specialist for the recovery program BioCorRx, agreed but said Dry January may give those in trouble "something to rally around, especially if they're not in a 12-step group, and provide a sense of community."

He added: "Any kind of harm reduction is advantageous. If someone is a heavy drinker, they could benefit greatly from switching to moderate to light drinking, even if they can't stop altogether. I've never met an alcoholic that felt worse from drinking less or not drinking."

MJ Gottlieb is co-founder and CEO of the 100,000-strong Loosid, a sober social network with both physical and virtual events and services around the country. He's in recovery himself and launched the company in part to show the world that sobriety doesn't mean the "end of fun."

Since the pandemic, he said Loosid has seen a spike in people posting on its app, messaging its hotlines and accessing its support groups as the pandemic brought on isolation and more drinking at home.

"A lot of people who did not have problems previous to the pandemic and were drinking a glass of wine a night are now drinking a couple of bottles a night," Gottlieb said. "They're wondering what's going on. They're wondering, how did I get here?"