What is a nor'easter?

Not every Northeast snowstorm is a nor’easter. In fact, some nor’easters don’t even produce snow.

A nor’easter is a strong low-pressure system that impacts the East Coast of the United States, particularly the Northeast, but that’s not what makes it a nor’easter.

A storm is considered a nor’easter if its winds are blowing from the northeast off of the Atlantic Ocean. If the winds are out of the east or southeast during the storm, then it’s not technically a nor’easter, but the impacts will likely be very similar, so the storm should still be taken seriously.

Although most people associate nor’easters with heavy snowstorms that move up the northeastern coast of the U.S., not every nor’easter produces snow.

If a strong low-pressure system off the East Coast is bringing northeasterly winds to the affected areas but temperatures are in the 40s or 50s, the storm is still considered a nor’easter even though it’s a rainmaker.

You can technically get a nor’easter at any time of the year, but they are most likely to occur between September and April when the jet stream is stronger and more active. 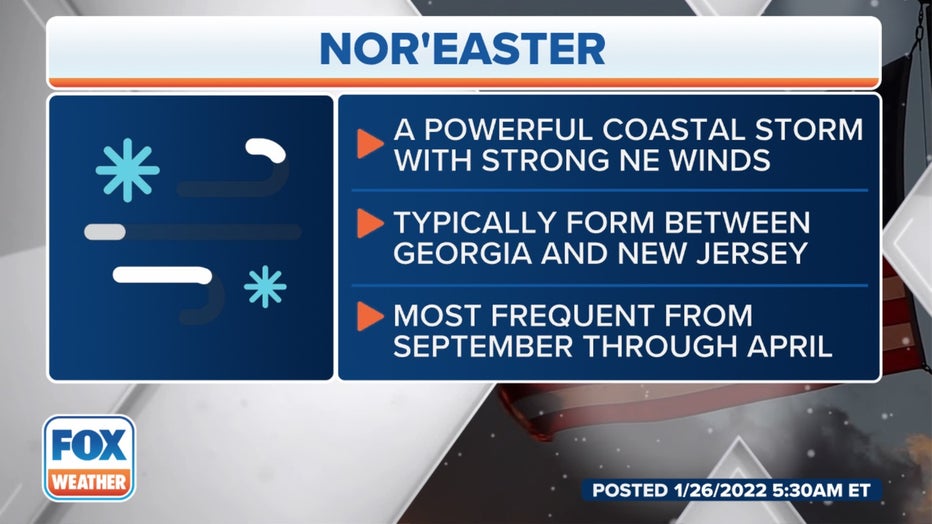 According to the National Weather Service, most nor’easters develop within 100 miles east or west of the East Coast, typically between Georgia and New Jersey. These storms generally move northeastward and reach their maximum intensity near New England and the Canadian Maritime provinces.

WHY THE SCIENCE OF SUPERSTORM SANDY WAS BOTH NORMAL AND ABNORMAL

Nor’easters almost always bring heavy precipitation – either rain or snow – strong winds, rough surf and, occasionally, coastal flooding to the affected regions. The heavily populated Interstate 95 urban corridor between Boston, New York City, Philadelphia and Washington is especially vulnerable to nor’easters due to its proximity to the coast, the NWS said. 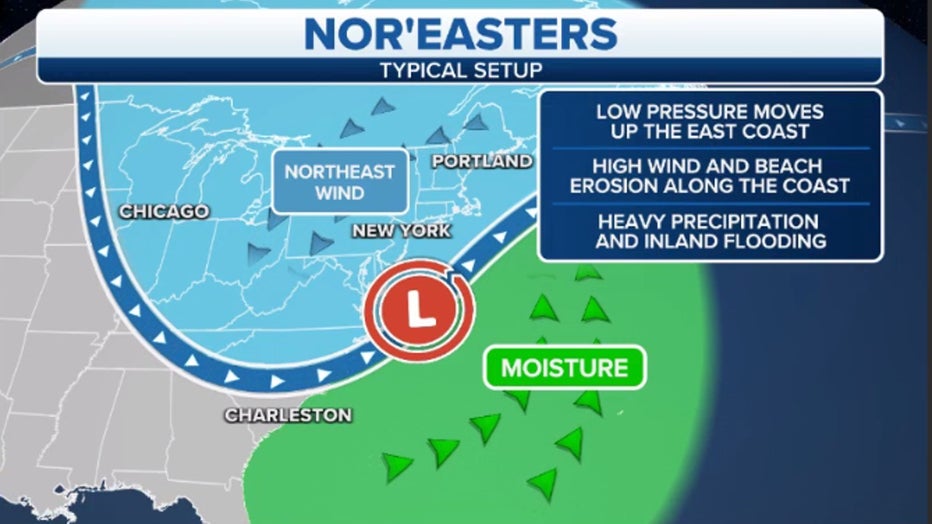 The East Coast is an ideal breeding ground for nor’easters. In the winter, the jet stream delivers arctic air southward out of Canada and into the United States, then sends it eastward toward the Atlantic Ocean, where warmer air from the Gulf of Mexico and the Atlantic tries to push northward.

Coastal waters remain relatively mild through the winter because of a northward-flowing warm ocean current called the Gulf Stream, which originates in the Gulf of Mexico. These mild waters help warm the cold air over the ocean water.

This temperature contrast between the warm air over the water and the cold, arctic air over land is the fuel that feeds nor’easters, providing the instability and energy needed for these storms to develop and intensify, according to the NWS.

There's more than one type of nor'easter

A Miller Type-A nor’easter develops along the Gulf Coast or East Coast, then tracks northeastward up the Eastern Seaboard. This is considered a "classic" nor’easter, the NWS said. 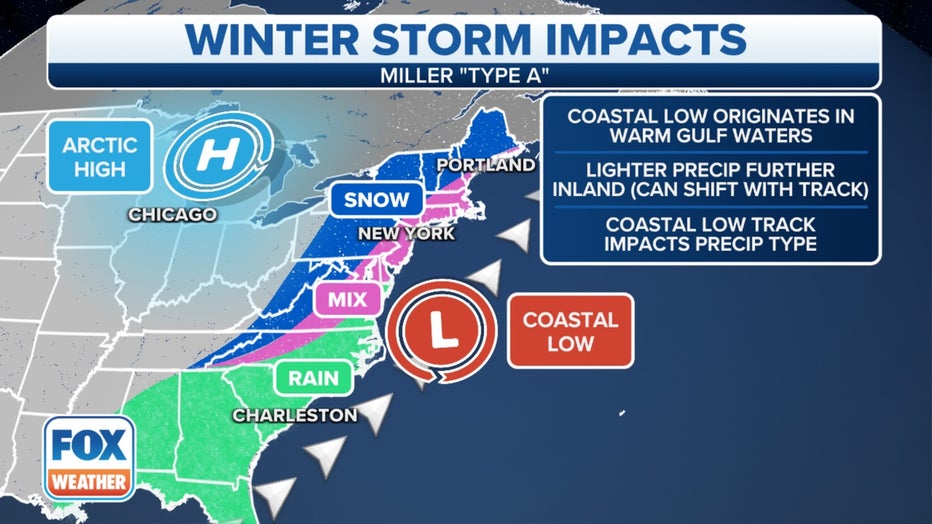 A Miller Type-B nor’easter originates in the Midwest, then translates eastward toward the Appalachians. However, once the storm reaches the mountains, it loses its organized low-pressure center. But the storm will eventually redevelop along the East Coast and track up the coastline just like a Miller Type-A storm. 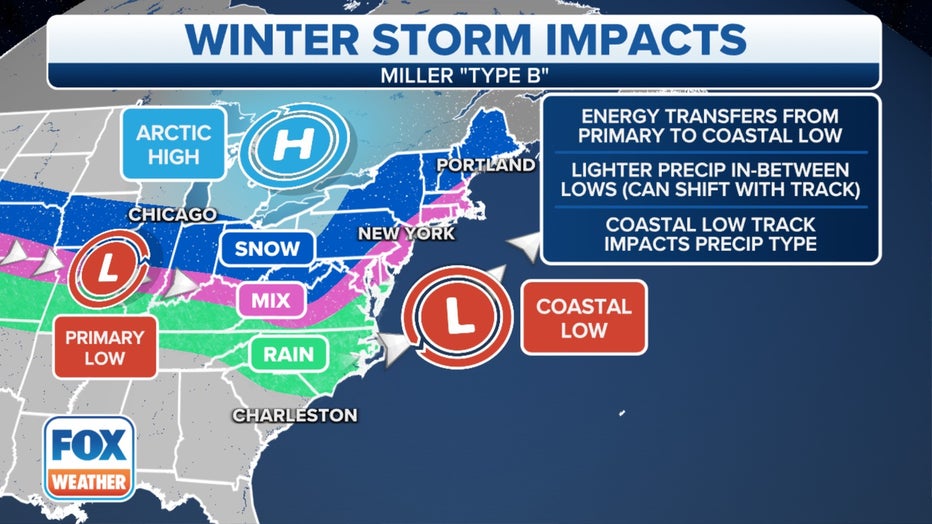