Wounded veterans swim with Florida dolphins as form of therapy

Every year, they make their journey, traveling thousands of miles from their cold, wintry homeland to a warm, summer-like paradise. In North America, many of these "snowbirds" come from Canada, and they fly, drive or hitch a train ride to southern U.S. states — one of which being the Sunshine State of Florida.

Similar to their avian namesakes, snowbirds only stay in their balmy, winter escapes temporarily. But in that period of time, they can make a significant impact on the local culture and economy.

"There are Canadian snowbirds from across the country," said Susan Harper, the Canadian Consul General based in Miami. She covers the region of Florida, Puerto Rico and the U.S. Virgin Islands.

FROM 2020: With border closed to cars, Canadian snowbirds -- and their cash -- can't flock to Florida

"Ontario, Quebec and the Atlantic provinces, and a few from farther west, but mostly central to eastern Canada," Harper added.

While snowbirds may travel to places, such as California, Arizona and Texas, Florida has been a prime destination for many Canadians looking for a winter respite.

Folks who live in Florida year-round know the state's population grows during the winter when the so-called snowbirds relocate to warmer climates.

But what separates snowbirds from casual Florida vacationers is how long they remain in the state.

Casual vacationers may visit for a few days or simply over a holiday break; however, snowbirds tend to stay for an extended period of more than a week or two.

"When you are looking at four to six months of winter and, as we all know in the Northern Hemisphere, shorter days, it's just obvious that people would like to go someplace warm just even for a short period," Harper added. 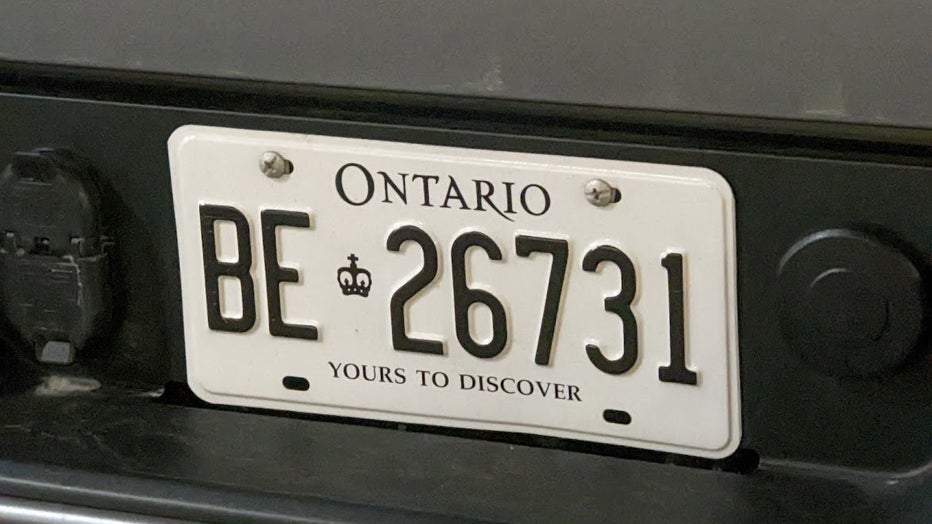 For many snowbirds, flying south for the winter has become a tradition.

According to Harper, prior to COVID, Florida received 3.5 million visits from Canadian snowbirds each year.

What about Florida is so appealing for Canadian snowbirds?

According to Harper, one obvious factor is the weather found in the Sunshine State.

"Many of my colleagues and family friends have reminded me how beautiful the weather is in this period of the year," Harper said.

MORE: Canadian snowbirds primed to flock south to Florida as US opens border

"We have a full range of people coming down in terms of what they're looking to spend during their period here," Harper said.

Another factor is accessibility, particularly the state’s relative proximity to Canadians’ homeland.

"It's a 24-hour drive, for example, from around Toronto down to Miami," Harper said. "That's not an unreasonable amount of time for someone who wants to spend his or her time down here and not spend it all driving."

RELATED: US to reopen land borders with Canada, Mexico for fully vaccinated

According to Harper, some Florida communities today are home to so many Canadians that the snowbirds can live and speak entirely in French during their visits.

"For example, a community that speaks French, that can function quite well in French, that means a lot to those people that they are able to be in a place and feel that comfortable."

With an average of 3.5 million visits to Florida per year, Canadian snowbirds have made an impact on the local culture and economy.

Large annual festivals, such as Canada Fest in South Florida and Snowbird Extravaganza in Central Florida, have been founded, geared toward the state’s visitors from the cold north.

"They take place at the end of January, beginning of February," Harper said. "That's when they clearly are seeing the real impact of the wave of snowbirds. People come, they settle in and they're ready to have some kind of a welcoming event."

Sixteen artists are painting murals throughout St. Petersburg on walls that would otherwise be blank.

The impact of Canadian snowbirds is also felt across Florida businesses.

"One of the things for us that's interesting in all of this is people don't often recognize that they're actually involved in international trade," Harper said.

"If you sell a service like a tourism service, like a meal or a car repair service to a foreigner, you're actually exporting that service. And so, there is a lot of international trade in services, and this is certainly a key component of the international service profile of Florida."

According to Harper, one in five jobs in Florida depends on international trade, magnifying the impact of foreign tourists, such as Canadians.

Florida's craft beer scene continues to grow and a Bay Area brewery is making a name for itself on a national stage, winning four medals in the 2021 U.S. Beer Open Championships.

Another economic effect involves real estate spending, as many snowbirds rent or purchase property to call ‘home’ during their extended stays in the Sunshine State.

"Canadians are the number one source of international purchasers of residential real estate," Harper said. "The estimate we get from them is a portfolio of about 60 billion [dollars]."

"Based on those kinds of numbers, the estimate is that Canadians contribute about 580 million — half a billion — dollars in property taxes across all the counties and cities and municipalities."

This gem of Florida is on the historic places registry and combines old Florida, a possibly haunted past, and lots of charm.

These residential real estate purchases, along with Canadians’ investments and trade in goods and services, make a significant impact.

"We're actually, Canada, Florida's most important international economic partner — and tourism is the tip of that iceberg," Harper said.

"People like to go where they're made to feel welcome," Harper said. "And I think many people in Florida go out of their way to make Canadians feel welcome, and that's very appreciated."

Although COVID has caused many Canadians and other international travelers to stay home, Harper is not concerned about the future of tourism in Florida.

"It's hard to predict how things will go," Harper said. "But it's also a pretty safe bet that if you have a warm, sunny, welcoming place where people can live very economically or spend a little more money if they'd like to and they feel safe in terms of health and other elements — that's much of what Florida is offering to all the international tourists — I think it's hard to see that not continuing to attract people."

"There's certainly a lot of beautiful, warm places for people to come to. So there's, I'm sure, increased competition," Harper said. "But Florida seems to be doing a pretty good job at still attracting Canadians."

See this story and more on foxweather.com.