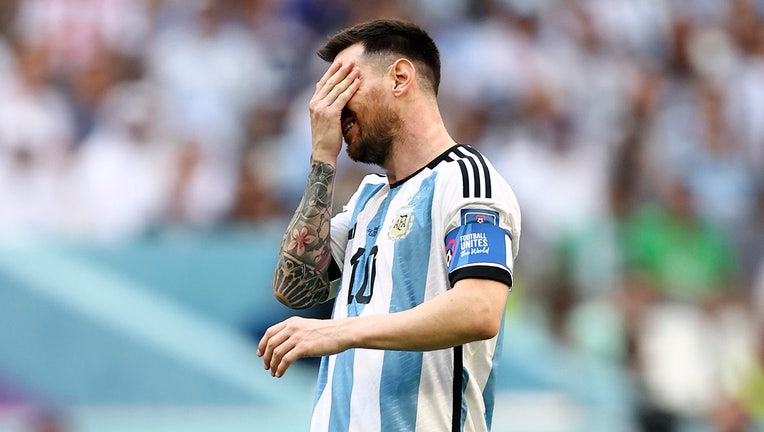 Qatar - Lionel Messi and Argentina were on the receiving end of one of the biggest stunners in World Cup history Tuesday, as Saudi Arabia pulled off a monumental 2-1 upset at Lusail Stadium.

After putting his team into the lead with a first-half penalty in what was expected to be its easiest Group C clash, Messi was powerless to prevent a remarkable Saudi fightback that leaves Argentina in a precarious position after only one game.

On 48 minutes, Saleh Al-Shehri produced a low effort to level the score against the run of play, before Salem Al-Dawsari uncorked a spectacular right-foot strike from the edge of the penalty area that flew into the Argentina net.

From there, Argentina tried furiously to get back level.

Messi and company launched wave after wave of attack, but to no avail.

Saudi goalkeeper Mohammad Al-Owais was masterful — sometimes steady, sometimes exhilarating — with acrobatic saves and sprints from his area to clear away trouble.

Deep into injury-time, the keeper was involved in a scary moment that momentarily silenced the crowd. Al-Owais came flying off his line to punch the ball the clear, and his knee collided with the chin of teammate Yasser Al-Shahrani with terrifying force, causing minutes of medical attention and Al-Shahrani's substitution.

Where to watch the World Cup in NYC

Before time was up, Abdulelah Al-Amri headed one off the line and Al-Owais leaped athletically to pluck a looping header from Julian Alvarez, to seal the win.

The Paris Saint-Germain star shook hands with a Saudi coaching staff member after the final whistle and stood with his hands on his hips near the center circle, an all-too familiar scene for one of the best players ever who is yet to win the biggest prize in soccer.

With Fox Sports and the Associated Press