Breaking down the physics of soccer amid World Cup

As the World Cup continues in Qatar, LiveNOW from FOX's Josh Breslow spoke with Eric Goff, a professor of physics at University of Lynchburg, about the role science plays in soccer.

We're down to the final two teams at the 2022 World Cup as Argentina will take on France in the final. Who do you have hoisting the trophy at the end?

You can catch all the action Sunday on FOX and the FOX Sports App.

Let's jump into the teams that are left and their title odds at FOX Bet.

France is the new betting favorite to win the World Cup (-125 at FOX Bet) after defeating long-shot Morocco on Wednesday in the semifinal match. Les Blues started the knockout round at +500.

Kylian Mbappé has been unstoppable so far … can he keep it going in the final? And can he win the Golden Boot and Golden Ball simultaneously? 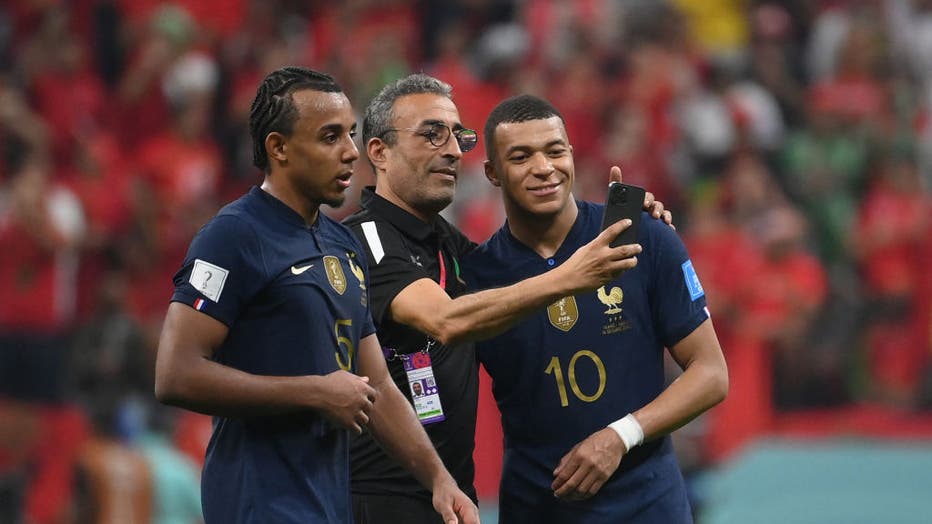 TOPSHOT - France's forward #10 Kylian Mbappe poses for a selfie with a member of Morocco's coaching staff after the Qatar 2022 World Cup semi-final football match between France and Morocco at the Al-Bayt Stadium in Al Khor, north of Doha on December

On the other side of the bracket is Argentina, who ousted Croatia in the semifinals on Tuesday. The Albicelestes odds to win it all are -111 at FOX Bet after being at +140 entering the semifinals.

Lionel Messi's résumé is missing just one elusive trophy. Can he go out on top in his last World Cup? Leo is also the current favorite to win the Golden Ball, aka the MVP of the tournament.

Here are the updated odds for the last two 2022 World Cup teams (with all odds via FOX Bet).