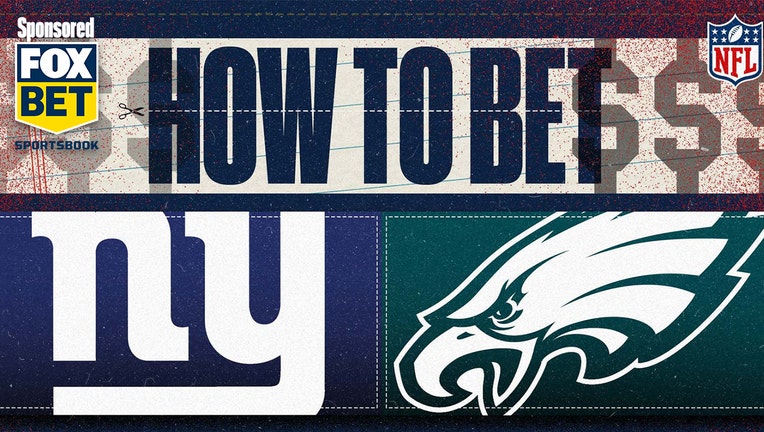 The New York Giants (4-10) will be without their starting quarterback and the Philadelphia Eagles (7-7) may be without their coach as the NFC East Division foes resume one of the closest NFL rivalries on Sunday.

Here's everything you need to know about the NFL odds for Sunday's matchup between the Giants and Eagles — the point spread, moneyline, total over/under and picks from our betting experts (with all NFL odds via FOX Bet).

Pick via FOX Sports' Colin Cowherd: "I would say the Eagles are the ugliest pretty good team in the league. … I would take the Giants +10. This is a division rivalry, and the weather could be a factor by the time this game gets played. Philadelphia is the better team, but you know, these division rivalry games can get ugly. Ten points is a lot in this league.

The Giants placed starting quarterback Daniel Jones on injured reserve this week, ending his season. Jones suffered a neck strain in the 13-7 win over the Eagles on Nov. 28 but won't require surgery.

On the other side, Eagles coach Nick Sirianni tested positive for COVID-19 and entered league protocols Wednesday. Sirianni said he hopes to be cleared in time to coach the game.

Quarterback Jalen Hurts leads the Eagles in rushing with 733 yards on 130 attempts (5.6 per carry) with 10 touchdowns. Sanders has similar rushing stats with 709 yards (also on 130 carries) but no touchdowns.

Either Mike Glennon or Jake Fromm will get the start at quarterback for the Giants.