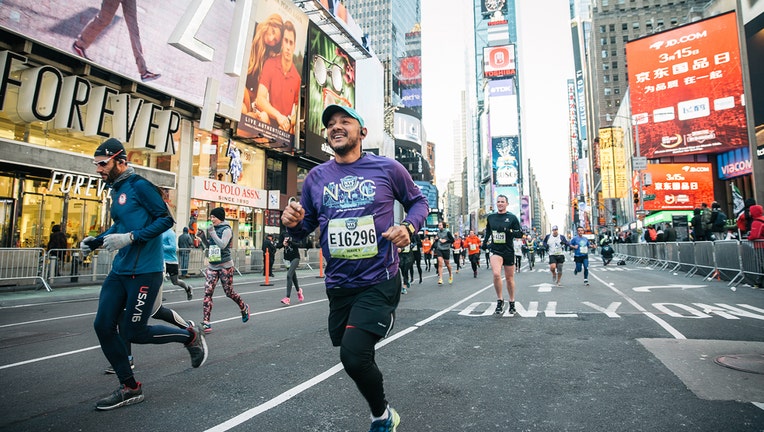 Runners stream through Times Square during the NYC Half in March 2028. (Courtesy of New York Road Runners)

NEW YORK - This Sunday's half-marathon in New York City, known as the NYC Half, has been canceled due to the growing novel coronavirus outbreak, the race's organizer announced on Tuesday afternoon.

"We know this is a challenging time for everyone, and the cancellation of the NYC Half is disappointing news to many, but the resources necessary to organize an event with 25,000 runners on the streets of Brooklyn and Manhattan have become strained during this difficult period," New York Road Runners said in a statement.

NYRR said that it was hoping to move forward with the March 15 race by finding ways to ease crowding and "facilitate social distancing" to minimize the risk of transmission of the virus.

"Unfortunately, it has become clear that we will be unable to proceed in the manner that our runners have come to expect at NYRR events, where the safety and security of our runners, volunteers, staff, partners, and spectators are our main concern," the organization said.

The 13.1-mile race was to begin in Prospect Park in Brooklyn and end in Central Park in Manhattan. A youth event that was scheduled in conjunction with the race has also been canceled.

New York Road Runners said it will offer registered runners either a full refund or a guaranteed spot in next year's race. Runners who pick the latter option would have to pay the entry fee again.