New COVID-19 guidelines for NFL team for the upcoming season amid the pandemic.

The NFL announced on Friday that fans attending select games will be able to receive a complimentary virtual commemorative ticket. The NFTs will only be available to fans who attend games with tickets bought through Ticketmaster, StubHub or SeatGeek.

Additionally, fans will have access to a limited number of digital collectibles from all 32 teams. They will have the option of selling or trading their commemorative NFTs.

"These special NFTs give fans a keepsake to remember the game they attended and share the experience with their friends online," said Brendan Lynch, Ticketmaster’s executive vice president of enterprise and revenue. "As we continue to invest and innovate in this space, we're proud to partner with the NFL to help fans unlock a whole new way to extend their game day experience."

NFTs are unique digital tokens that are secured using the same technology behind cryptocurrencies, and the intangible assets have gained in popularity over the past year. They can be works of art, videos, photographs or even memes.

According to FOX Business, there are far more buyers, so far, than sellers, driving up the price for those seeking to own the tokens either for sentimental or investment reasons. 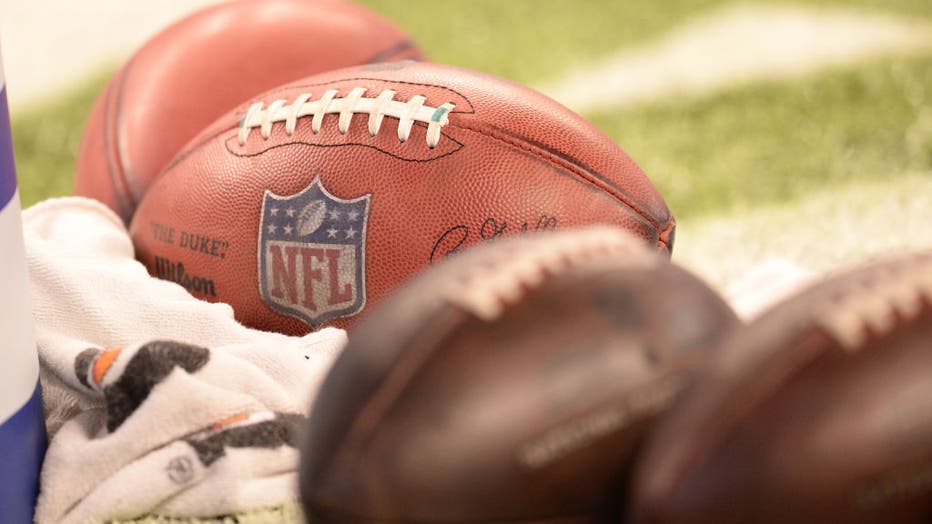 An NFL logo is seen on a football before the start of the NFL football game between the Los Angeles Rams and the Indianapolis Colts on Sept.19, 2021, at Lucas Oil Stadium in Indianapolis, Indiana. (Photo by Michael Allio/Icon Sportswire via Getty Ima

Earlier this year, the NFL and its players’ union announced an NFT deal that would create exclusive digital video highlights for fans. Bobby Gallo, the NFL’s senior vice president of club business development, said the league is making the creation of "one-to-one experiences" through innovation and technology a "high priority."

"Leveraging the emerging world of NFTs is a new and exciting way for us to create additional value and to further engage with fans who attend select games by providing a virtual commemorative ticket. There is no better time than the upcoming holiday season to kick off this fun and engaging fan experience, starting with the Chicago Bears and Detroit Lions Thanksgiving Day matchup."

The NFL previously made commemorative virtual tickets available for the Nov. 7 game between the Arizona Cardinals and San Francisco 49ers. Future eligible games include the following dates: