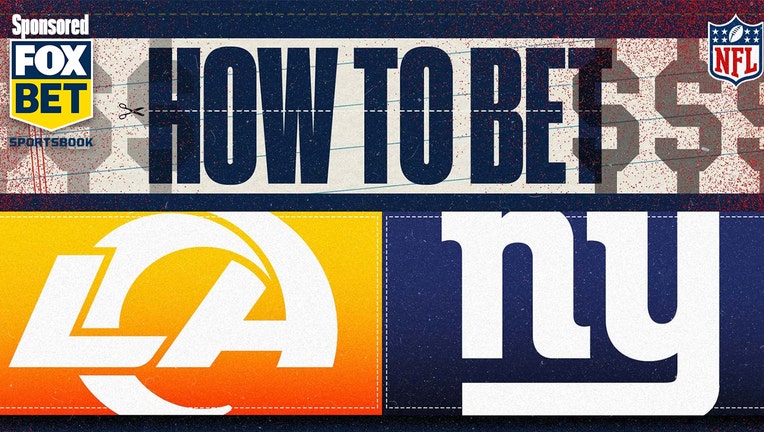 The banged-up New York Giants will face the Los Angeles Rams in the 44th meeting between two of the NFL's signature franchises.

Los Angeles has won the past two meetings against the Giants, snapping New York's seven-game win streak in the series. The Giants covered as a 13.5-point road underdog against the Rams last season (17-9).

The Giants will be without star running back Saquon Barkley, the No. 2 overall pick in 2018 who suffered a left low ankle sprain against the Cowboys on Sunday, and receiver Kenny Golladay. The Giants originally feared Barkley, the 2018 NFL Offensive Rookie of the Year, broke a bone in his ankle or foot.

New York coach Joe Judge said Monday that Barkley's X-rays came back "with better news than it could've been. A little bit of a sigh of relief."

Golladay suffered a knee injury during the first half and was ruled out Monday, the NFL Network reported.

Starting quarterback Daniel Jones left the game last in the first half Sunday after taking a helmet-to-helmet hit and did not return. Judge said Jones is in concussion protocol and his status will likely be known by the end of the week.

"He’s got a series of steps by league mandate he has to go through," Judge said of Jones on Monday. "So we’ll wait patiently and get the other guys ready as we wait on him. Hopefully, he’s out there to play. We won’t have a definite answer on that until much later in the week.

The Rams should be well-rested as their previous game was Thursday, a 26-17 win in Seattle.

The Rams have allowed the fewest sacks (four) in the NFL this season. The Giants has been good in this area, allowing eight sacks (tie for fifth-lowest).

The over-under of 47.5 is the lowest for a Rams game this season.

Rams coach Sean McVay is 2-2 in games after a Thursday night contest.

The NFC West is a successful passing division. The Seahawks lead the NFL in yards per passing attempt (9.3), followed by the Cardinals and Rams at 9.2 The Giants are eighth at 8.1.