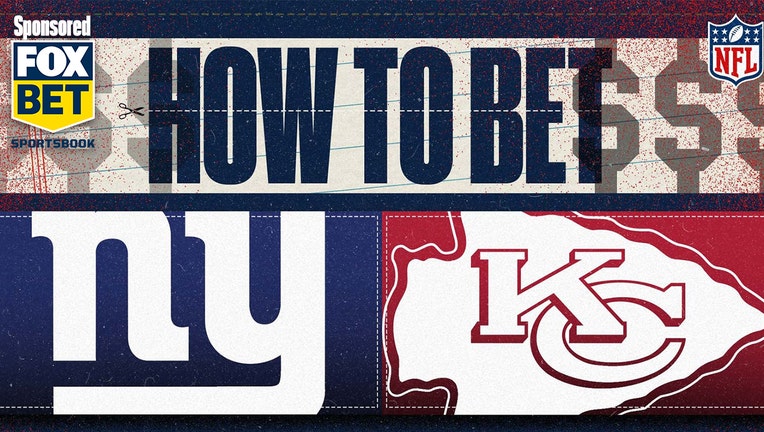 Here's everything you need to know about the NFL odds on Monday night's matchup between the Giants and the Chiefs — the point spread, moneyline, total over/under and expert picks (with all NFL odds via FOX Bet).

Kansas City's high-powered offense was nowhere to be found in Sunday's 27-3 loss at Tennessee. It was Kansas City's lowest scoring output under Andy Reid since a 38-3 loss to Denver on Dec. 30, 2012.

Chiefs quarterback Patrick Mahomes is 11-13 against the spread (ATS) as a home favorite in his career, with the under hitting in 15 of those games. Mahomes has thrown an interception in a career-worst six games in a row.

"It's been a rough season for Kansas City backers at the betting window," FOX Sports betting analyst Sam Panayotovich said. "The Chiefs (2-5 ATS) have been dreadful against the spread, and many people I speak with are spooked by the thought of putting their cold-hard cash on Kansas City again.

This will be the 36th time the Giants will face a Reid-coached team. The Giants are 2-0 against Reid and the Chiefs.

The Chiefs are tied for 27th in scoring defense, allowing 29.0 points per game. Kansas City has allowed 27 or more points in six of its seven games this season.

Kansas City has turned the ball over 17 times this season, most in the NFL. The Chiefs have had three games this season with three or more turnovers.

Pick via FOX Sports' Sam Panayotovich: "Motivation will be high for Kansas City to come out and destroy a team. Patrick Mahomes and the Chiefs' offense are long overdue for an early 14-0 lead and a 38-17 cruiser against an inferior squad.

"Kansas City has yet to face a sacrificial lamb at Arrowhead this season – 0-3 ATS at home against Cleveland, Los Angeles, and Buffalo – and if it can't correct their issues and stomp on the lowly Giants, things are even worse than I thought."