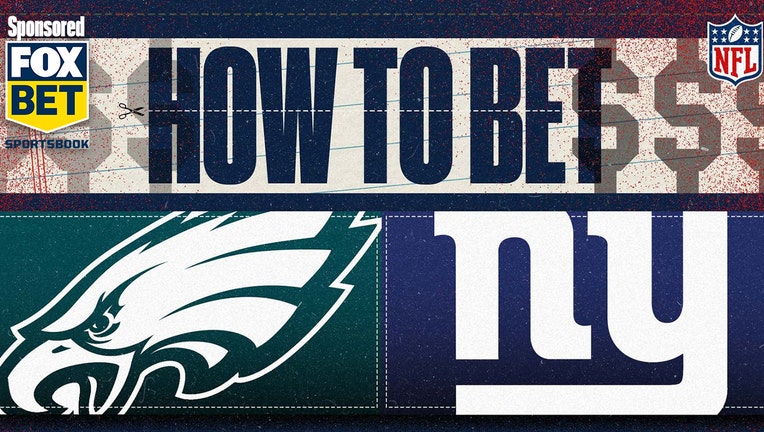 The New York Giants hope a change on the coaching staff provides a spark Sunday against the Philadelphia Eagles in an NFC East Division contest.

Here's everything you need to know about the NFL odds on Sunday's matchup between the 5-6 Eagles and 3-7 Giants — the point spread, moneyline, total over/under and pick from our betting experts (with all NFL odds via FOX Bet).

The Giants fired offensive coordinator Jason Garrett on Tuesday. Freddie Kitchens, formerly the head coach of the Cleveland Browns, is expected to take over the play calling.

The Giants are the only NFL team to not score 30 points in a game this season.

"It's a short week for the Giants as they play a physical Tampa Bay team on Monday night," said FOX Sports' Colin Cowherd, referring to the 30-10 defeat to Tampa Bay as the Buccaneers limited New York to 215 yards of total offense and 15 first downs. The Buccaneers also held a large advantage in time of possession (35:39-24:21).

The Eagles have won three of their last four games, the lone defeat was by three points.

The Eagles are 6-5 against the spread (ATS) this season.

The Eagles have hit the over in the over/under in six of 11 games this season.

The Eagles have won 12 of the previous 14 games against the Giants.

The Giants are 5-5 ATS this season.

The Giants have hit the over in the over/under three times in 10 games this season.

The Giants have not hit the over in five home games this season.

FOX Sports' Colin Cowherd: "Philadelphia is the play for me here. They're playing with a purpose and with more confidence in their quarterback. Jalen Hurts is a handful the first time you face him and he presents problems."

FOX Sports' Jason McIntyre: "I like the Eagles, too. If you like the Eagles, you better get on it now at -3, because this line is on the move (the line moved to -4 Tuesday). This is a team that professionals have been betting on all season. They have been backing the Eagles weekly."