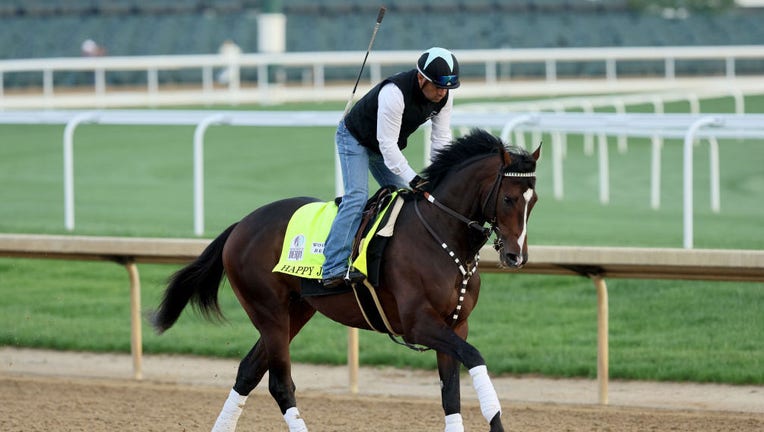 Happy Jack during the morning training for the Kentucky Derby at Churchill Downs on May 05, 2022 in Louisville, Kentucky. (Photo by Andy Lyons/Getty Images)

The Kentucky Derby is the first leg of horse racing’s Triple Crown and it will take place Saturday evening at Churchill Downs in Louisville.

The year’s derby will be one of the more interesting ones in recent memory since legendary trainer Bob Baffert will not be allowed at the track as he’s serving a 90-day suspension. The ban was given to him by Kentucky racing officials after last year’s winner Medina Spirit failed a post-race drug test.

Not only will Baffert miss this year’s and next year’s race, he will be out of the entire Triple Crown series. 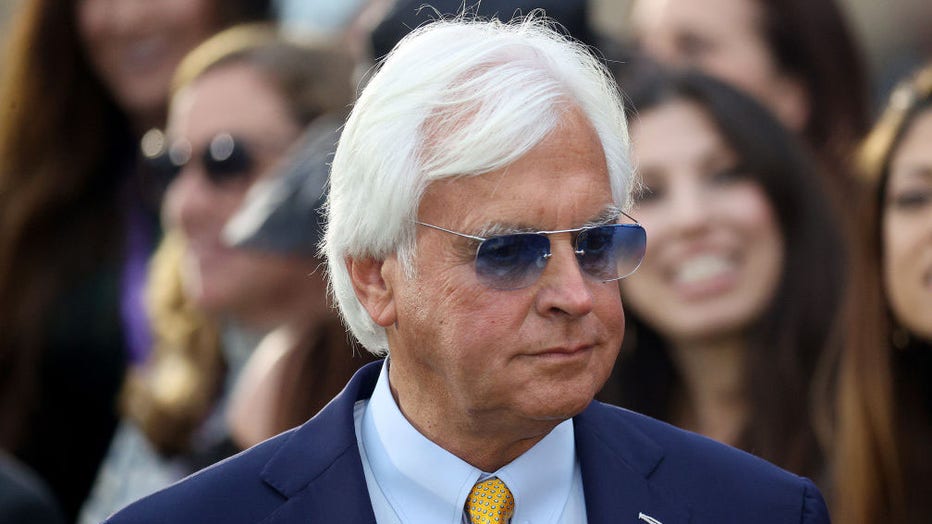 Baffert trained 34 horses for the Derby since his first appearance in 1996. He’s put together six victories, three second-place and three third-place finishes. It’s only the sixth time he won’t have a horse in the field.

However, two of Baffert’s formerly owned horses are set to compete.

Tim Yakteen, a former assistant under Baffert who’s run his own stable for more than two decades, is overseeing Messier and Taiba. Yakteen has no immediate ties to Baffert and the other horse owners agreed to the transfer of Baffert’s horses to others. Baffert isn’t allowed to have contact with Yakteen.

Read below for the Kentucky Derby odds and field for the race a day before things get going.

Who is racing and what are the odds? 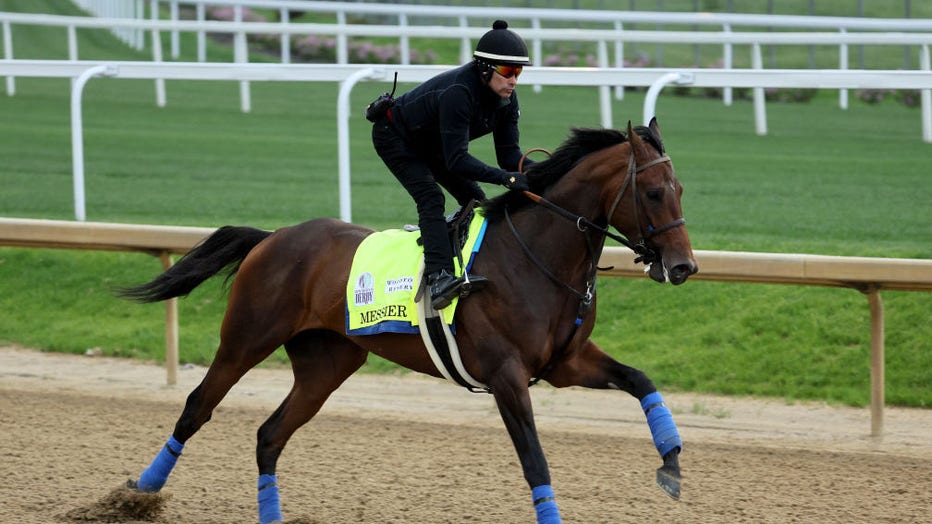 Messier during the morning training for the Kentucky Derby at Churchill Downs on May 04, 2022 in Louisville, Kentucky. (Photo by Andy Lyons/Getty Images)

Who are the favorites?

Epicenter, whose jockey is Joel Rosario, is a 7-2 favorite to win the race. Steven M. Asmussen is the trainer for the colt. Asmussen is one of the all-time winners in North America but has yet to win the Derby. Messier won the Twinspires.com Louisiana Derby in March, the Risen Star S. presented by Lamarque Ford in February, and the Gun Runner States in December. 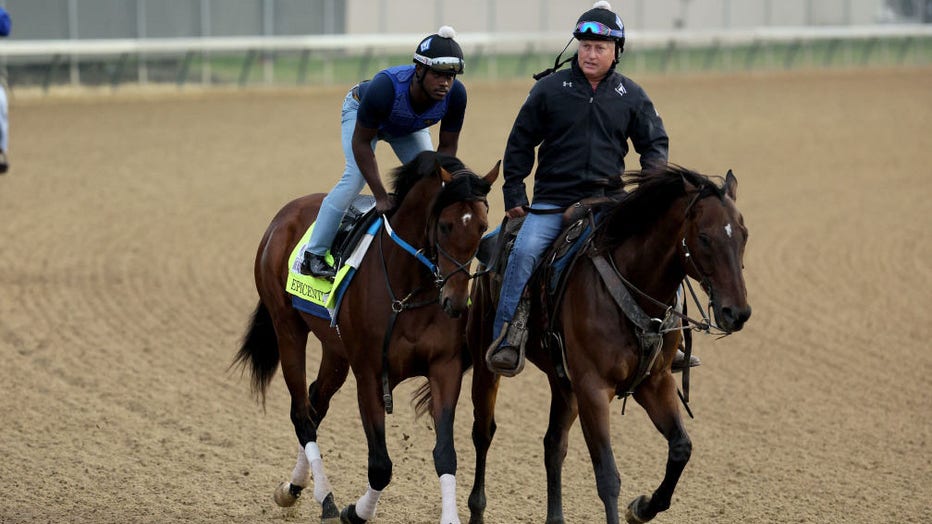 Epicenter during the morning training for the Kentucky Derby at Churchill Downs on May 04, 2022 in Louisville, Kentucky. (Photo by Andy Lyons/Getty Images)

Messier, whose jockey is John R. Velazquez, is one of Baffert’s old horses. Messier finished first in the Robert B. Lewis Stakes in February. Velazquez won the Derby in 2011, 2017 and 2020. Messier is an 8-1 shot to win the Derby. Velazquez rode Medina Spirit to victory last year before the title was stripped.

Zandon, whose jockey is Flavien Prat, is entering the Derby as a 3-1 shot. The colt picked up a win last month at the Toyota Blue Grass Stakes. His trainer Chad Brown only has a win in the Preakness in 2017 when it comes to the Triple Crown. Prat won the Derby in 2019 while riding Bill Mott’s Country House.

Get the latest updates on this story at FOXNews.com