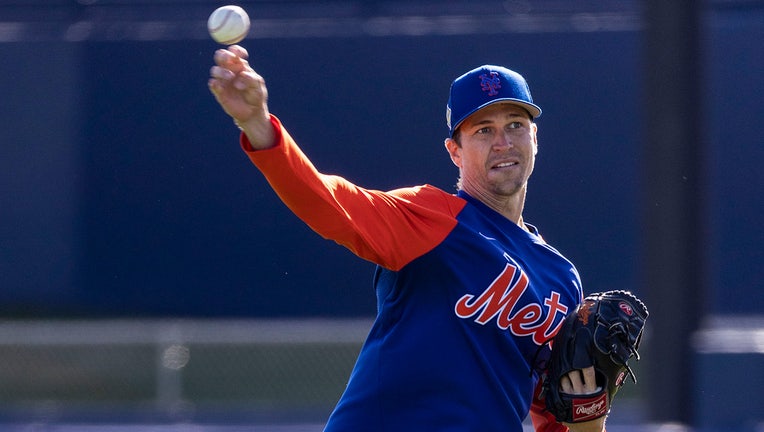 JUPITER, Fla. - New York Mets ace Jacob DeGrom will miss significant time because of inflammation in his shoulder area, a huge blow to a team that heavily invested in making a deep run this season.

DeGrom won't throw for up to four weeks and there is no timetable for his return, the Mets announced Friday.

The Mets said an MRI earlier in the day showed a stress reaction on his scapula that caused inflammation.

The two-time Cy Young Award winner had been set to start the season opener Thursday in Washington. The Mets had considered their rotation a major strong suit this season after signing three-time Cy Young winner Max Scherzer and trading for All-Star Chris Bassitt.

After getting off to a sensational start last year, deGrom didn’t pitch during the second half because of a sprained elbow. He was 7-2 with a 1.08 ERA in 15 outings, but New York collapsed without him to finish 77-85 after leading the NL East for 103 days. His final start was July 7 against Milwaukee.

The right-hander reported to camp healthy this year and had permitted one run over five innings in Grapefruit League games, striking out 10. His most recent outing was Sunday against the Cardinals.

Earlier in camp, deGrom said he plans to opt out of his contract after this season and become a free agent.