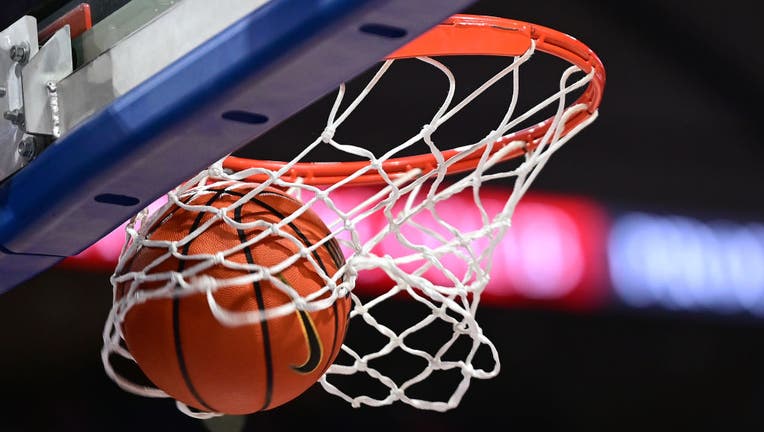 A ball goes through the hoop during a basketball game. (Photo by Keith Gillett/Icon Sportswire via Getty Images),

HAMDEN, Conn. (AP) - A Connecticut girl's basketball coach served a one-game suspension Thursday night, the result of his team's 88-point win this week that sparked a statewide debate over sportsmanship.

Lyman Hall coach Tom Lipka had called for consequences earlier in the week, saying he was not satisfied with the apology.

The Connecticut Interscholastic Athletic Conference, which oversees high school sports in the state, said it runs a program called "Class Act" which teaches coaches to be aware of the competitive balance in games and manage to the score "in a manner that is sportsmanlike and respectful of opponents."

Sacred Heart is not among the schools that have participated in that program, the organization said.

"The CIAC promotes safety and sportsmanship above all else for our member schools, Gregg Simon, the CIAC's associate executive director said in a statement. "We have been in communication with both schools as well as the Southern Connecticut Conference and we will continue to offer support to our member schools as they work through this difficult situation."

Lipka told Hearst Connecticut Media on Tuesday the "coach has control over the final score. You can sit in the zone. Your man-to-man doesn’t have to come out past the 3-point line. They were still running fast breaks in the fourth quarter on long outlet passes."