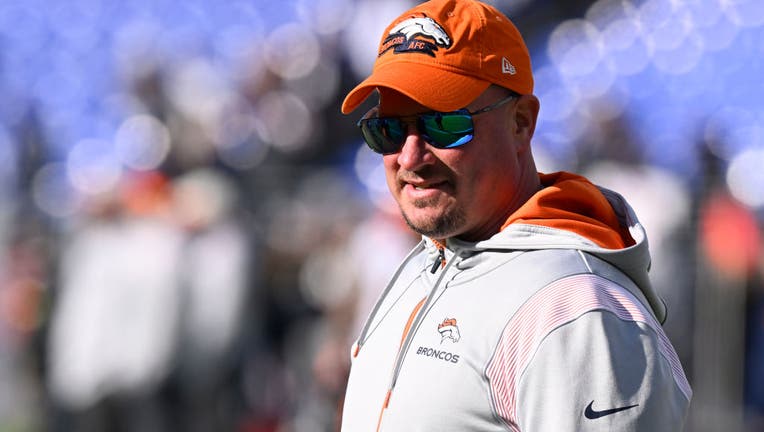 BALTIMORE, MARYLAND - DECEMBER 04: Head coach Nathaniel Hackett of the Denver Broncos watches action prior to a game prior to a game against the Baltimore Ravens at M&T Bank Stadium on December 04, 2022 in Baltimore, Maryland. (Photo by Greg Fium

DENVER - The Denver Broncos has fired its head coach Nathaniel Hackett after a 4 to 11 start this season.

"We have parted ways with Head Coach Nathaniel Hackett," the team posted on Twitter.

"On behalf of our ownership and organization, I want to thank Nathaniel Hackett for his dedication as head coach of the Denver Broncos," he said. "We sincerely appreciate Nathaniel's efforts and wish him and his family all the best in the future.

"Following extensive conversations with George and our ownership group, we determined a new direction would ultimately be in the best interest of the Broncos. This change was made now out of respect for everyone involved and allows us to immediately begin the search for a new head coach."

"We recognize and appreciate this organization's championship history, and we understand we have not met that standard. Our fans deserve much better, and I can't say enough about their loyalty during such a challenging stretch for our team.

"Moving forward, we will carefully evaluate every aspect of our football operations and make whatever changes are necessary to restore this franchise's winning tradition.

"I will lead our head coaching search with support from our ownership group and George, whom I have confidence in as our general manager. As we begin the process of selecting our next head coach, we remain focused on playing competitive football to finish the season on a positive note."

According to FOX News, Hackett was hired to replace Vic Fangio.

He got his start with the Tampa Bay Buccaneers during the 2006 and 2007 seasons as the team’s offensive quality control coach and was  hired by the Buffalo Bills for the same position in 2008 and 2009. He would become the Bills’ offensive coordinator for the 2013 and 2014 seasons. He then served as Green Bay Packers offensive coordinator.