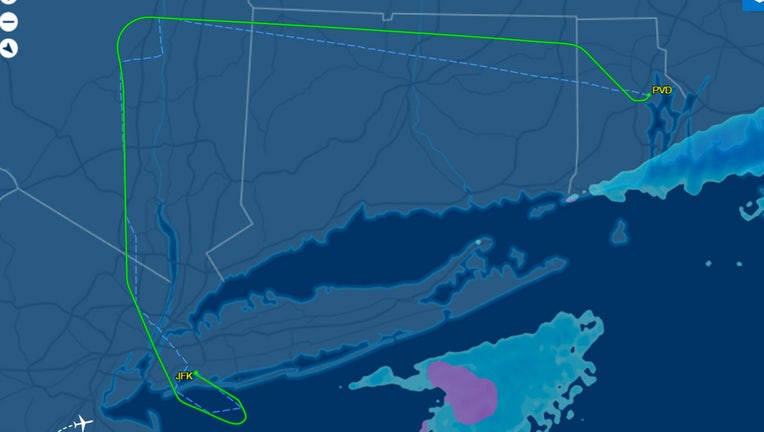 NEW YORK - Following their win over the New England Patriots on Saturday, the Cincinnati Bengals' team plane had to make an emergency landing at JFK International Airport after an engine failed, according to a report.

The plane landed safley at around 8:45 p.m. and no one was hurt.

One person on board told WLWT, the NBC affiliate in Cincinnati, that it was "a little rough but it was okay" and they "landed safely" at the airport in Queens.

The Bengals, according to @SportsAviation on Twitter, were aboard Delta Flight 8861 which took off from T.F. Green International Airport in Warwick, Rhode Island at 7:35 p.m. ET and landed at JFK 71 minutes later, according to Flight Aware.

They reportedly left JFK at around 11:15 p.m. ET to return to Cincinnati by around 1 a.m. Sunday.

The Bengals won their seventh straight game on Saturday, 22-18. They did lead 22-0 at one point, but held on for their 11th victory of the season.