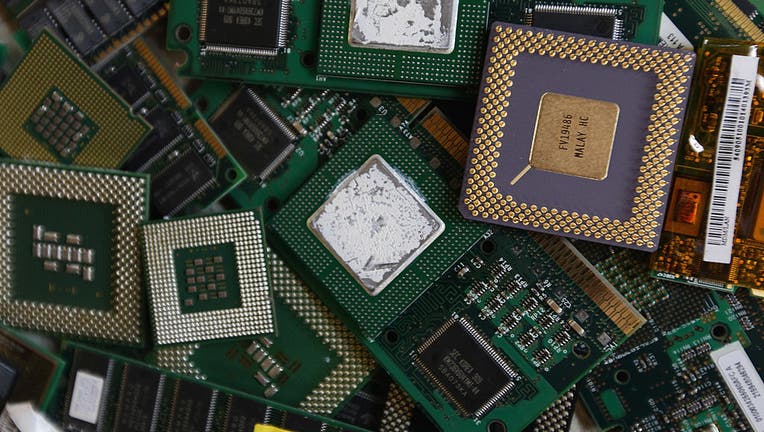 Computer processors and other parts lie in a bin at the BRAL recycling company on January 14, 2011 in Berlin, Germany. (Photo by Sean Gallup/Getty Images)

NEW YORK - A scientific group is warning that electronic waste is a dangerous and growing problem.

A new survey by the Royal Society of Chemistry looked at low recycling rates of electronics in the U.K.

The study found that 82% of people with unused electronic devices have no plans to recycle or sell them.

Researchers say that the problem is expected to grow because of the high number of electronic devices that young people own.

That’s a problem when 82 percent of those households have no plans to recycle or sell their devices after they stop using them, the society noted.

45 percent of households have between two and five unused electronic devices at home.

When asked why they don’t recycle old devices, more than one in three (37%), of those with unused devices at home said data and security fears made them uneasy. Almost a third (29%) also said they didn’t know where to go to recycle old tech.

Mobile devices contain conflict elements like gold, toxic ones like arsenic and rare elements like indium. Natural sources of six of the elements found in mobile phones are set to run out within the next 100 years.