A woman was hospitalized with burning on the left side of her face after an unprovoked subway attack in a Brooklyn subway station.

NEW YORK - A woman was hospitalized with burning on the left side of her face after an unprovoked subway attack in a Brooklyn subway station.

The 21-year-old woman was standing on the southbound 2/5 platform the Winthrop & Nostrand Ave. Station in Prospect Lefferts Gardens, around 1 a.m. on Friday.  Another woman approached her and started arguing with her before throwing an unknown chemical substance in her face and then took off.

EMS took the woman to Kings County Hospital.  She was later transferred to Jacobi Medical Center in critical but stable condition.  The victim is a hospital worker who was on her way to work.

The NYPD says the attacker was described as a Black female, around 6' tall, 150 pounds, and she is approximately 20 to 30 years of age.  She was last seen wearing a black jacket with a brown fur on the hood, black pants with white drawings on the legs, and black boots.

The NYPD released images of the woman they are looking for in connection with the attack. 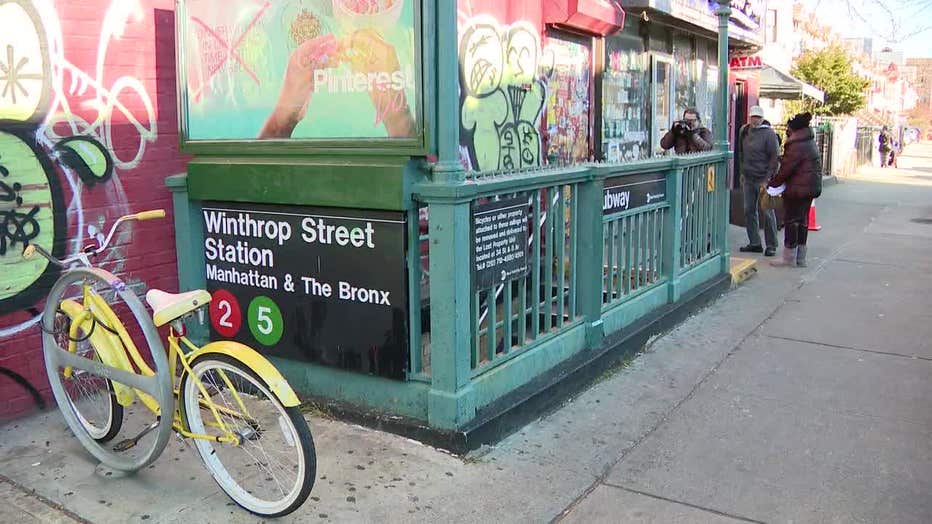 The 21-year-old woman was attacked as she was walking out of the Winthrop & Nostrand Ave. Station in Prospect Lefferts Gardens

Many of those officers have also been working more overtime shifts. 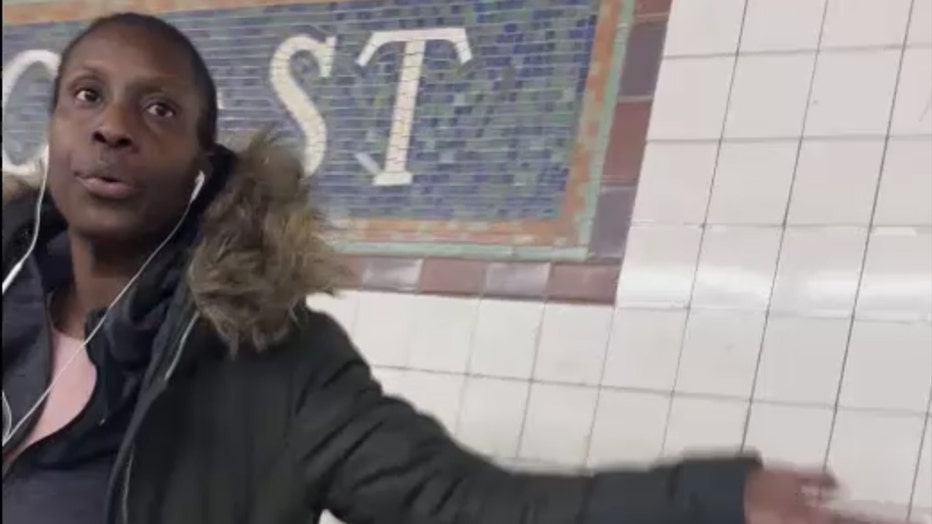 The NYPD is looking for this woman in connection with a subway attack that left a woman critically injured.

However, according to new data released by the NYPD, felony transit crimes have jumped by nearly 40% this year, compared to last year.

1,917 felony crimes were reported in the subway between January and October, up from 1,367 tallied during the same time period last year.