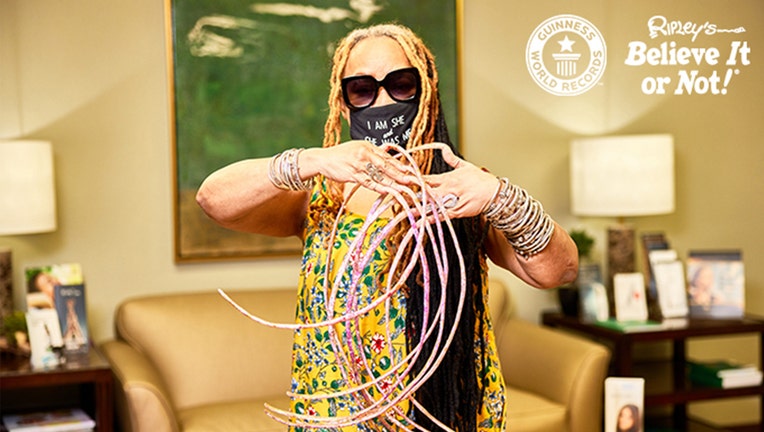 Ayanna Williams shows off record-length finger nails before cutting them. (Credit: GUINNESS WORLD RECORDS/RIPLEY’S BELIEVE IT OR NOT!)

FORT WORTH, Texas - Ayanna Williams currently holds the Guinness World Records title for the longest fingernails on a female pair of hands, and after nearly three decades she has decided to cut them.

The Guinness World Records recently unveiled the new nail measurements before her nail cutting procedure in Fort Worth, Texas.

Williams’ nails reached approximately 11.105 feet on her right hand and 12.960 feet on her left, bringing the total length of her nails to 24 feet 0.7 inches. 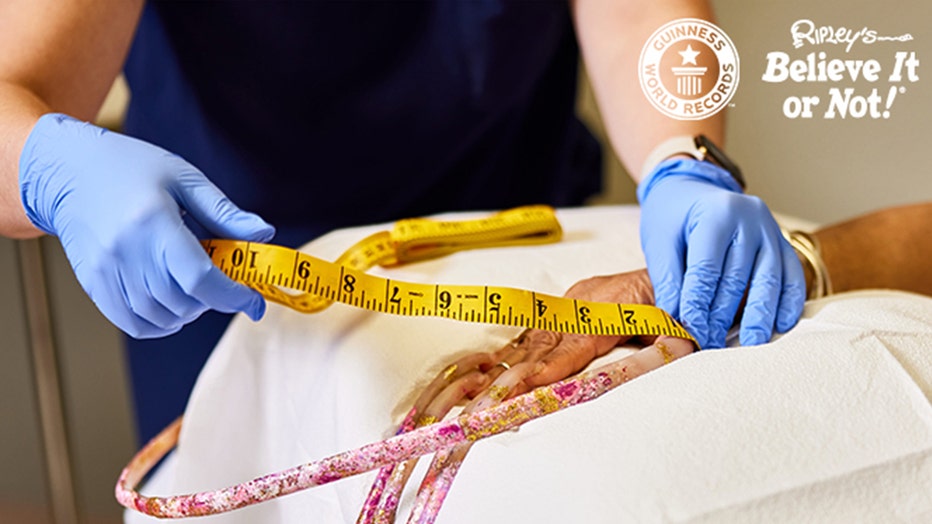 "Do what you want to do! Let everyone be themselves. If you want to grow your nails long, do it!" Williams, the Texas-native said of her decision to grow her nails out.

According to a recent press release by the global authority in record-breaking achievements, Williams cut her iconic nails to embark on a new chapter of her life. Post-cut, Williams expressed instant relief in her thumb and knuckles. 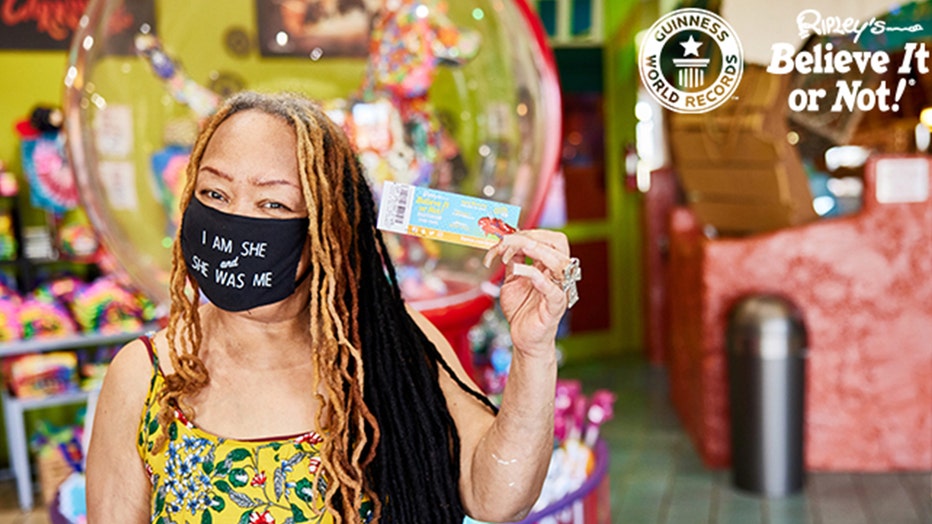 Williams first achieved the world record title in 2017, when her nails reached a total of 18.91 feet across both her hands.

Before the emotional procedure, certified dermatologist Dr. Allison Readinger measured her nails to find they had grown substantially since the 2017 record title certification, the press release noted.

Her record-breaking nails will be immortalized with the updated record title and a new display at Ripley’s Believe It or Not! Orlando Odditorium starting Friday.

"It’s going to feel like it’s a wax of myself. Even though it’s just my nails, it’s going to be awesome. I can’t wait to see that," Williams said about her upcoming nail display at Ripley’s. "It’s history for my kids and my grandkids. It’s very exciting."