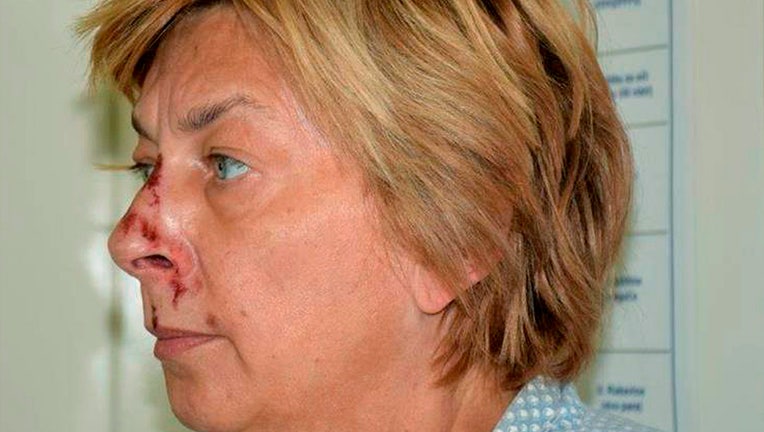 This undated photo provided by the Croatian Police shows the woman who was found on the Adriatic island of Krk on Sept. 12, 2021.(Croatian Police via AP)

ZAGREB, Croatia - Croatian police said Wednesday they have established the identity of a woman who was found in a remote area on a northern Adriatic island with no recollection of who she was or where she came from.

The police identified the woman as Daniela Adamcova, 57, from Slovakia. They said her identity was established after receiving numerous tips from Croatia and abroad.

Croatian media said that the tip that revealed her identity came from the United States where she reportedly lived until 2015 before moving to Ireland. She was reportedly a successful jewelry designer who ended up becoming homeless.

WATCH: Conor McGregor tries to throw a baseball (It's not good)

The woman was discovered Sept. 12 on the island of Krk, sitting on a jagged rock close to the sea in a remote part of the island that is inhabited by bears.

Croatian media reported that the woman communicated in English but couldn't give her name. She didn't have identification documents or a cell phone with her, reports said.

Police had released a photo showing a blond woman with blue eyes and bloodied face.

Croatian rescue services said that the woman had spent a night at the seashore and was found "exhausted and with light injuries and disoriented." The case drew attention both in Croatia and internationally.

The woman has since been transferred to a hospital in the town of Rijeka. Police described her condition as "stable" and said that Croatian social services will take over once she is released from hospital care.