Sherry Vill called Gov. Andrew Cuomo's kisses on her cheeks were aggressive and sexual. She said she felt uncomfortable but didn't want to say anything at the time.

NEW YORK - Another woman has come forward to accuse Gov. Andrew Cuomo of inappropriate behavior. Sherry Vill, who is from the Rochester, New York, area, said Cuomo grabbed her face and kissed her cheek at her home when he visited in 2017 to inspect flood damage.

Vill made the allegations on Monday during a Zoom news conference with attorney Gloria Allred.

Vill said that Cuomo kissed both of her cheeks in front of family members in what she felt was a "highly sexual manner." Then, she added, he "stopped and turned to me and said, 'You are beautiful.'"

"I felt like he was coming onto me in my own home," Vill said.

After Cuomo and his staff inspected the damage in her home, he kissed her cheek again outside in a "very aggressive manner," Vill said.

"While still holding one of my hands, he forcibly grabbed my face with his other big hand and kissed my cheek," she said. 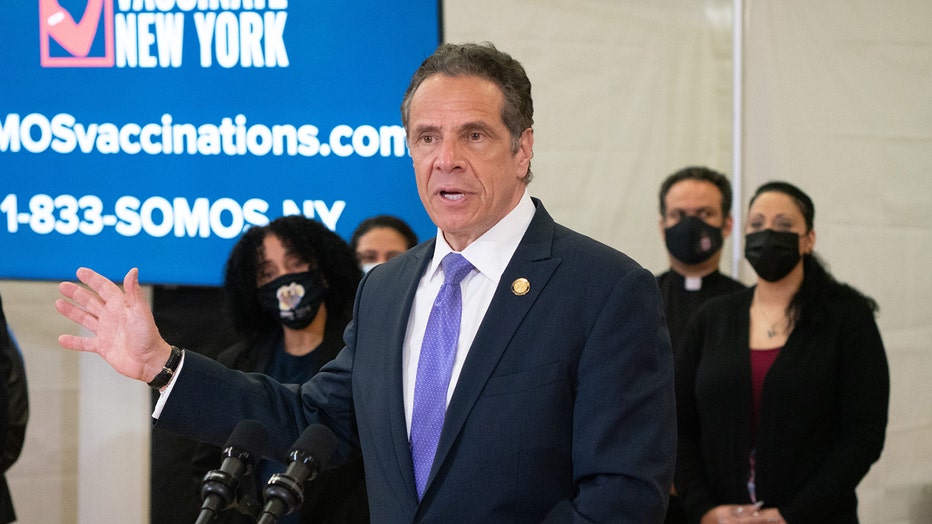 Cuomo's lawyer, Rita Glavin, said in a statement that the governor didn't do anything out of the ordinary with Vill.

"During times of crisis, the Governor has frequently sought to comfort New Yorkers with hugs and kisses," Glavin said. "As I have said before, the Governor has greeted both men and women with hugs, a kiss on the cheek, forehead or hand for the past forty years."

Glavin added that Cuomo visited many residents that day and pointed to an online photo album showing the governor and residents hugging, kissing on the cheek, and shaking hands.

Several women have accused Cuomo of inappropriate behavior dating back many years. The office of Attorney General Letitia James is investigating the claims through outside counsel.

Cuomo said he never intended to make anyone feel uncomfortable and apologized for that but denied harassing or assaulting anyone.