The NYPD wants to find the man who stabbed a woman, 30, in the back on a subway platform in the Bronx.

NEW YORK - Despite reports of subway crime dropping as ridership increases, the NYPD says there was another stabbing inside the New York City subway system.

On Wednesday at about 8:30 p.m., the suspect got into a fight with two women on the northbound platform of the Jackson Avenue station in the Melrose section of the Bronx. It was not clear what sparked the fight. The suspect pulled out a knife and stabbed a 30-year-old woman in the back, according to police.

The victim was taken to an area hospital in stable condition. A 28-year-old woman was not injured.

The suspect got away on a northbound 5 train.

Cops were searching for the man. He was described as black, 20 to 30 years old, and wearing dark-colored clothing.

Anyone with information in regard to this incident is asked to call the NYPD's Crime Stoppers Hotline at 1-800-577-TIPS (8477). The public can also submit their tips by logging onto the CrimeStoppers website at https://crimestoppers.nypdonline.org/ or on Twitter @NYPDTips. All calls are strictly confidential.

A man pushed a woman onto the tracks at the Times Square subway station in Manhattan.

There were 161 major felonies in October.  That was 23 fewer than in September.

Last month, a woman shoved another woman onto a moving train in Times Square in an unprovoked attack, according to the NYPD.

And just last week, a man pushed a woman onto the tracks in a robbery attempt. 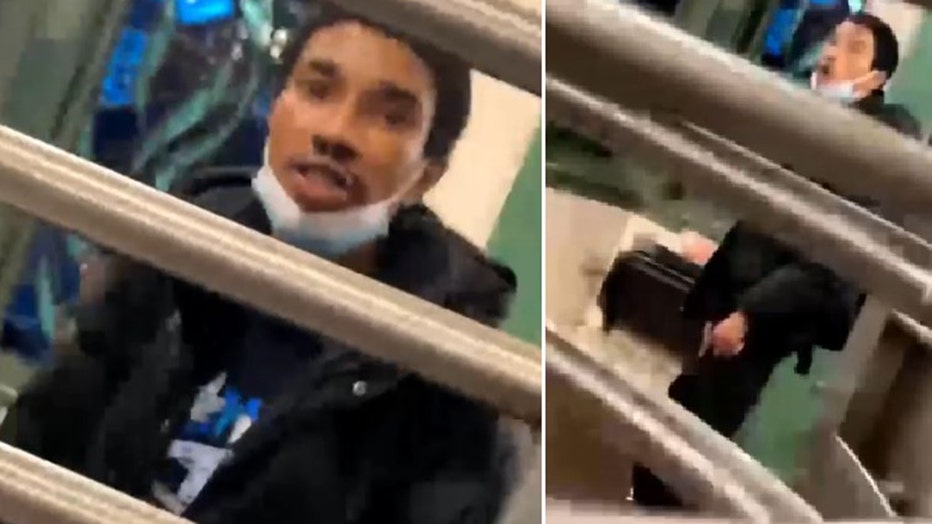 The NYPD says this man stabbed a 30-year-old woman in the back on a subway platform in the Bronx. (NYPD)