The NYPD has charged a 29-year-old woman with attempted murder for allegedly shoving a woman into the side of a moving subway.

NEW YORK - A straphanger was seriously injured when someone pushed her into a subway train as it entered the Times Square subway station on Monday morning. On Tuesday, the NYPD says it has arrested a suspect.

Authorities charged Anthonia Egegbara, 29, of Queens, with attempted murder in connection with the incident.

The train was coming to a stop when police say Egegbara attacked another woman just after 8 a.m., the NYPD said. The victim, after being struck by the train, fell back onto the platform and sustained serious physical injuries to her face and legs.

The NYPD released a security camera video showing the attacker sitting on a bench on the platform, quickly standing up, and then shoving an individual who is mostly off-camera. The video shows the assailant then walking away.

"This unprovoked attack was senseless and absurd. The City needs to provide additional mental health services to assist those who may endanger themselves and others," MTA Acting Chief Communications Officer Tim Minton said.

The NYPD released security camera video footage showing a woman shoving another woman on a platform in the Times Square subway station.

A few hours later a man was shot outside of the same subway station.

"I'm calling on Governor Kathy Hochul to give us 100 to 200 state troopers and to bring down about 100 national guardsmen because right now the NYPD is short-staffed on security," D'Souza said.

"The New York City Police Department, on a day-to-day basis, remains flexible and ever prepared to reallocate its personnel to address crime conditions and keep riders safe," the NYPD told FOX 5 NY.

Police are investigating two separate violent incidents at the Times Square subway station: a woman shoved a straphanger and a man suffered a gunshot wound. 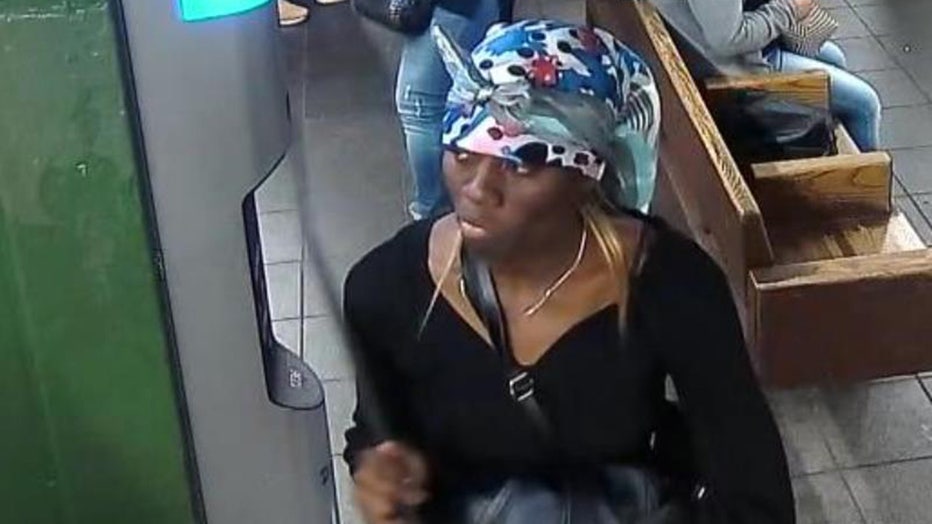 The NYPD released a photo of a woman wanted for shoving a woman into the side of a moving train.