Sky turns green in Luverne, South Dakota during a storm on Tuesday. Video shows trees being blown around.

As a derecho moved through Sioux Falls, South Dakota, Tuesday evening, skies turned dark, and an eerie shade of green lit the sky.

No, the Hulk isn’t there behind the rain curtains, but it’s a good indication that the thunderstorms approaching are capable of producing large hail.

The color is created from light refraction within the storms. And because the derecho was packing a lot of moisture, including large hailstones, the sky illuminated green.

The sky normally intensifies in color the closer it is to sunset but with the added elements it looked like it was something out of this world to residents in the Plains.

The National Weather Service in North Platte says that it’s all about optics, especially later in the day when the sky takes on a subtle reddish color as the sun approaches the horizon. 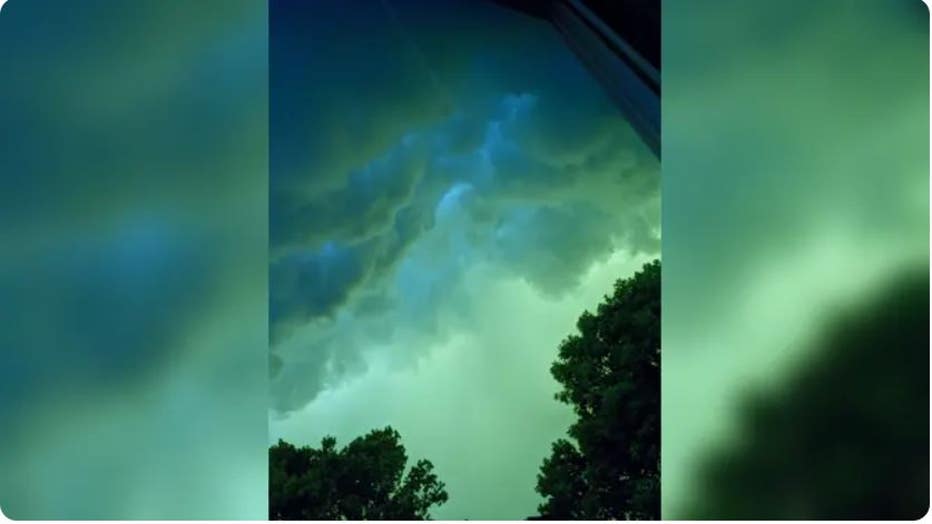 "Water/ice particles in storm clouds with substantial depth and water content will primarily scatter blue light. When the reddish light scattered by the atmosphere illuminates the blue water/ice droplets in the cloud, they will appear to glow green," NWS Hastings said.

The NWS added that it takes a tremendous amount of water within the cloud to create this color, which usually means a substantial amount of hail is present.

And, sure enough, hail from the size of golf balls to tennis balls was reported in South Dakota.