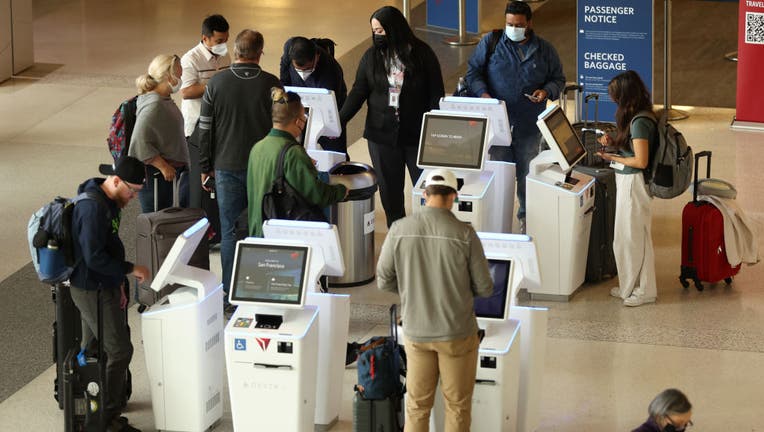 Don’t be fooled by temporary drops in airline tickets, an expert told FOX Weather, prices are heading back up and airlines are chopping flights for the fall and holiday. The time to buy holiday air tickets on a budget is the next several weeks.

"After the chaos of the summer, I'm really happy to say that prices are already coming down. Now, normally, they've dropped 10 to 15%, [through] the end of August and September anyway. But this year, we're actually looking at prices already coming down 25% and availability should be really good," commercial pilot and FlightAware spokesperson, Kathleen Bangs told FOX Weather. "Meaning if you want to buy a ticket in August and September for later this year, there's plenty of seats open at really good fares."

THUNDERSTORMS HUNDREDS OF MILES AWAY CAN WREAK HAVOC ON AIR TRAVEL

Bangs noted that prices have already fallen and historically continue to fall as kids head back to school. This year, most airlines saw an early peak in vacation travel demand. Most likely, travelers felt a pent-up desire for trips after Covid-19 restrictions and fears over the past two years. So, as many people have already gone on vacation, the drop in ticket prices is even more pronounced.

"But, buy those tickets within the next six weeks because once it comes to October, fares are going to go way up again," Bangs said. "All of the airlines are cutting capacity for this fall, nothing unusual. Here's what is surprising, they're also cutting for November into the holidays so there will be less choice."

So far, spring and summer air travel has been plagued by cancellations and delays, some weather some staffing. As a result, American Airlines announced that they were cutting over 30,000 flights from their schedule. They will stop service to Toledo, Ohio; Dubuque, Iowa; Islip, New York and Ithaca, New York.

"Looking forward, we will limit capacity to the resources we have and operating conditions we face. We will continue to redefine and create value for our customers," American Airlines CEO, Robert Isom said during the second quarter earnings call. "We've taken steps to build additional buffer into our schedule."

Other airlines are cutting as well.

"Across the board, they just pretty much cut capacity by 15%," said Bangs. "In fact, so far, the airlines in the aggregate have cut 50,000 flights for this fall."

With fewer seats to choose from, supply and demand takes the ball out of the procrastinators’ courts.

"So if you really want to travel this holiday season, look for those tickets now. You can always buy a more expensive ticket now, if it's a nonrefundable, and if you see something better later down the road, you can always cash it in."

If you are someone looking to cash in on the current lower prices for a vacation, consider October travel added Bangs.

"October is historically the best month to travel in the U.S., barring any hurricanes. It's a little late for severe thunderstorms in the north and it's early for snow," Bangs, a former airline pilot said about the weather. "So great travel weather, which should help relieve some of the chaos we've seen all summer with these delays and cancelations."