Christina Lee's death sent shockwaves through the Asian American community. Another rally was held outside her apartment building; residents pleaded with the city to do more. They also laid flowers and said a prayer.

NEW YORK - Prosecutors say the man accused in the brutal murder of a woman in her Manhattan apartment has an extensive criminal record and was on supervised release for several other crimes.

Assamad Nash, 25, was arraigned on Monday night for the murder of 35-year-old Christina Yuna Lee in her Lower East Side apartment.

Police say that Nash had followed Lee into her building and then up to her 6th-floor apartment early on Sunday morning. When she opened the door he forced his way in and repeatedly stabbed her.

Neighbors called 911 when they heard screams.

They said that Nash then tried to imitate a voice of a woman and said they didn't need police.  He then allegedly tried to get out through the fire escape but saw an officer on the roof above him and went back inside.  Officers say they saw him holding a yellow object in his hand when he had tried that escape route.

Police were eventually able to get into the apartment. 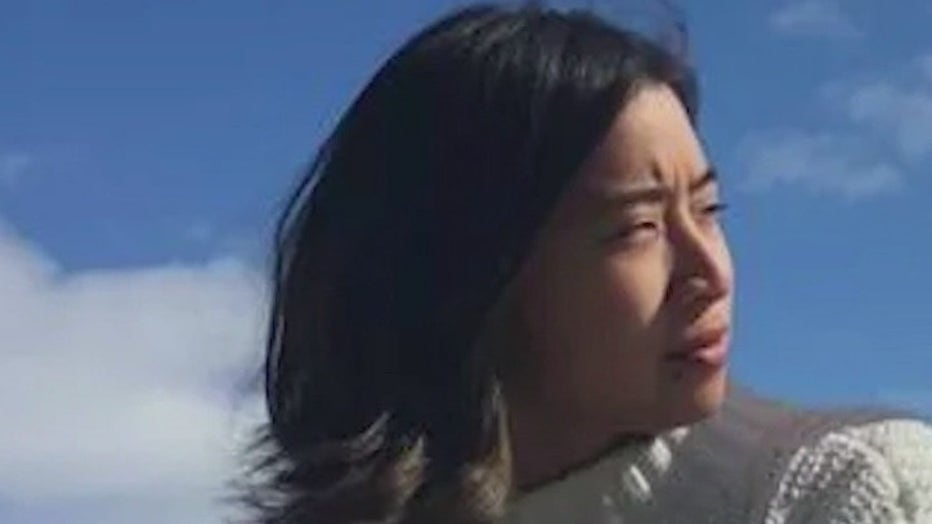 A vigil was held Monday for Christina Yuna Lee, 35, of Chinatown outside her apartment building where she was stabbed to death a day earlier. (Credit: ChristinaYLee.com)

Prosecutors say Nash was found hiding under the bed with a yellow-handled knife hidden behind the dresser.  He was taken into custody and was evaluated at Bellevue Hospital.  He had a stab wound to his torso and cuts on his hands and shoulders, according to prosecutors.

On Monday, Nash was arraigned on murder and burglary charges. In court, a prosecutor said Nash stabbed Lee more than 40 times.  She was found naked from the waist up.

Prosecutors say that Nash was out on supervised release on 3 open cases, including one where he allegedly punched a stranger on the subway.  They say he has an extensive record in New Jersey.

They say they are still trying to determine if Nash targeted the victim or if it was a hate crime.

The NYPD has charged a 25-year-old man with the murder and robbery of woman inside her apartment on the Lower East Side.