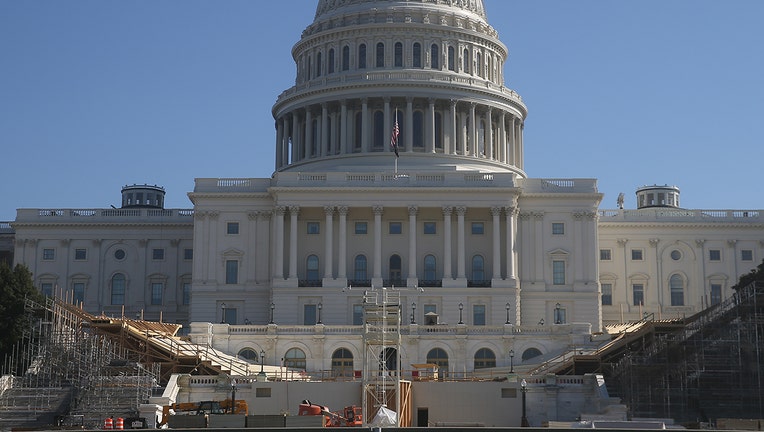 Preparations for the inauguration by the United States Capitol Building. (Photo by Yegor Aleyev\TASS via Getty Images)

WASHINGTON - Joe Biden and Kamala Harris will be sworn into office at noon on January 20, 2021, in Washington, D.C.  The presidential oath is mandated by the United States Constitution.  It is typically administered by the chief justice of the Supreme Court but that is not a requirement.

The ceremony is typically held in front of the United States Capitol facing the National Mall.  Ronald Reagan started that tradition in 1981.

Preparations for the inauguration were underway before the election.  An inaugural platform is already being built.  A six-member Congressional committee oversees the inaugural ceremonies.

The committee says that it will plan for a traditional ceremony but will be able to scale it down depending on coronavirus concerns.

A parade down Pennsylvania Ave. is typically held after the inauguration.  It was unclear if one would be held in 2021 due to the coronavirus pandemic.