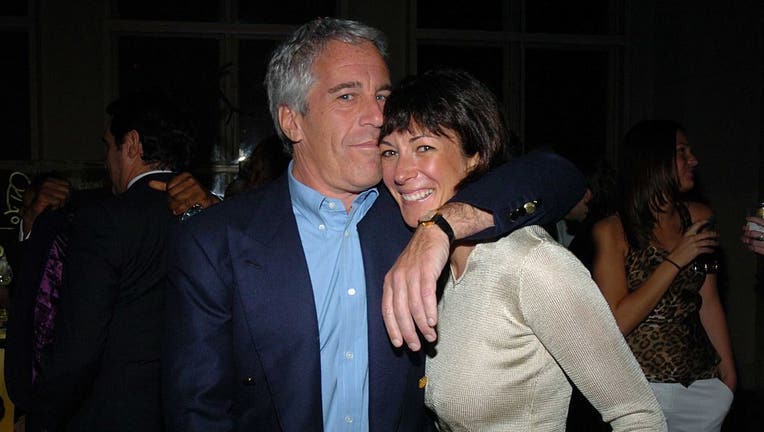 NEW YORK - The prosecution has made its case against Ghislaine Maxwell. Starting Thursday, her defense team takes its turn.

Maxwell, a socialite, has denied allegations from multiple women that she helped the millionaire Jeffrey Epstein sexually abuse underage girls. Her lawyers say she's being wrongly targeted by prosecutors on a vendetta to hold someone accountable after Epstein killed himself while awaiting trial on related sex-abuse charges.

WHO ARE GHISLAINE MAXWELL'S ACCUSERS?

The prosecution, mounted by the U.S. Attorney's Office for the Southern District of New York, hinges on the accusations of four women who say they were teenagers when Maxwell and Epstein sexually exploited them in the 1990s and early 2000s. Three testified under the pseudonyms Jane, Kate and Carolyn. One, Annie Farmer, decided to tell her story publicly.

WHAT WAS GHISLAINE MAXWELL UP TO BEFORE HER ARREST?

Maxwell was arrested in July 2020 — almost a year after Epstein killed himself in jail while awaiting trial. After Epstein's death, she withdrew from public activities like running an oceans charity. Her whereabouts became a subject of public speculation. Was that her eating a burger and reading a book on CIA operatives in Southern California? Was she living in Britain or Paris or maybe even Massachusetts? Prosecutors say she went into hiding in New Hampshire — where she was eventually arrested — in a million-dollar home where she kept her cellphone wrapped in foil.

SO HAS GHISLAINE MAXWELL BEEN IN JAIL THIS WHOLE TIME?

Yes, despite multiple requests for bail, Maxwell has spent well over a year lodged in federal lockup in Brooklyn. Maxwell has triple citizenship with the U.S., U.K. and France, which does not extradite its citizens. Her attorneys and family have lambasted jail conditions, which they say are punitive and inhospitable to Maxwell’s ability to mount a proper defense.

IS THE GHISLAINE MAXWELL TRIAL AIRING ON TELEVISION?

No. It's in federal court, which doesn't allow cameras. That's why all the images from the courtroom are sketched.

WHEN DID TESTIMONY BEGIN?

HOW LONG IS GHISLAINE MAXWELL'S TRIAL SUPPOSED TO LAST?

Well, it was originally projected to last six weeks, but prosecutors rested much earlier than expected. The defense has yet to present its case, but the whole thing could be over before Christmas.

It's unclear whether Maxwell will take the stand in her own defense but it's rare for a defendant to do so.

WHAT EXACTLY WAS GHISLAINE MAXWELL'S RELATIONSHIP WITH JEFFREY EPSTEIN?

They were romantically involved, but at some point — the timeline is unclear — she says she transitioned to being more of an employee, running his households. Prosecutors have accused of her as functioning as Epstein's madam, procuring underage girls to satisfy him sexually.

WHERE DID JEFFREY EPSTEIN HAVE HOMES?

WHAT DID JEFFREY EPSTEIN DO FOR A LIVING?

He left his teaching career at a tony Manhattan prep school to work at Bear Stearns, an investment bank, and then started his own money-management business. He would not disclose his assets and income even after his July 2019 arrest, but he seems to have built a fortune managing investments for others.

HOW IS PRINCE ANDREW INVOLVED IN ALL OF THIS?

He's not. Not exactly, at least. A woman is suing the British royal, saying he sexually abused her when she was 17. She says Maxwell facilitated her meetings with Andrew, who has denied the account. But the woman's accusations have been left out of this trial. That lawsuit won't go to trial until at least late 2022. Andrew's name has come up in this trial, though: a pilot of Epstein's private jet, dubbed the "Lolita Express" by the news media, testified he had flown Andrew and an accuser confirmed she told the FBI she had flown with the prince, as well.

WHO IS GHISLAINE MAXWELL'S HUSBAND?

Also unclear! She was living with him when she was arrested in New Hampshire, but court documents have not made his name public. He did support her bail attempts, but has not been spotted at the trial.

DOES GHISLAINE MAXWELL HAVE ANY NOTABLE SUPPORTERS?

Her family — the scions of the late publishing magnate, Robert Maxwell — is sticking by her. Two of her siblings, Kevin and Isabel, have attended each day of proceedings. The Maxwells strongly assert the U.S. justice system is making a patsy of their youngest sister. Ghislaine is notably the baby of the family and said to have been the favorite of her father, who died falling off a yacht named for her.

WHO IS THE JUDGE FOR GHISLAINE MAXWELL'S TRIAL?

U.S. District Judge Alison J. Nathan, who was recently nominated by President Joe Biden to serve on the U.S. Court of Appeals for the Second Circuit. That promotion is not expected to interfere with proceedings in the Maxwell case.

HOW HAS GHISLAINE MAXWELL BEEN SPENDING HER TIME IN JAIL?

According to a website set up by her family, Maxwell has been making her way through a pile of books. Her reading list rans the gamut of criminal-justice related books like the award-winning "Just Mercy" by Bryan Stevenson to "Licensed to Lie: Exposing Corruption in the Department Justice" by Sidney Powell, a conspiracy theorist and former lawyer for President Donald Trump. She's also been making her way through Philip Pullman's "His Dark Materials" fantasy series and popular book club fiction pick "Eleanor Oliphant is Completely Fine," by Gail Honeyman.

IF CONVICTED, HOW MUCH TIME IN PRISON WOULD SHE BE LOOKING AT?

LET'S REWIND: WHAT EXACTLY IS GHISLAINE MAXWELL CHARGED WITH?

1. conspiracy to entice minors to travel to engage in illegal sex acts

2. enticement of a minor to travel to engage in illegal sex acts

3. conspiracy to transport minors with intent to engage in criminal sexual activity

4. transportation of a minor with intent to engage in criminal sexual activity

6. sex trafficking of a minor

A superseding indictment in March also charged Maxwell with two counts of perjury, but the judge granted the defense's request to spin those off into a separate trial.

SO THERE'S MORE TO COME?

Yes. Regardless of the outcome of this trial, there's more to come.