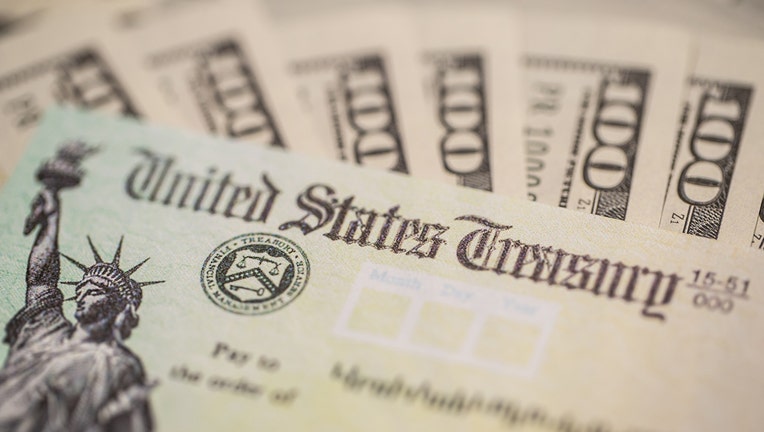 NEW YORK - Wells Fargo and JPMorgan Chase told customers they may not receive the third round of stimulus checks until at least Wednesday, drawing ire from some Americans who were hoping to see the money arrive sooner.

Millions of Americans are poised to receive direct cash payments worth up to $1,400 after President Biden signed into law the American Rescue Plan last week, injecting another $1.9 trillion into the nation's pandemic-battered economy. Although the Internal Revenue Service has said the official payment date for the money is March 17, it has already started distributing the money.

Wells Fargo said it would provide all of the direct deposits "according to the effective date provided by the U.S. Treasury," and said it's not holding onto the money. In a statement to FOX Business, Wells Fargo spokesperson Jim Seitz said the government will release the money in multiple phases, meaning not everyone will receive their check at the same time.

"We know the importance of the stimulus funds to our customers, and we are providing the payments to our customers as soon as possible on the date the funds are available, based on IRS direction," Seitz said. "Wells Fargo is not holding the funds."

JPMorgan, meanwhile, encouraged account holders to set up alerts so they know when the money arrives. A spokesperson for JPMorgan did not immediately respond to a request for comment.

Customers unloaded on the two Wall Street banks on Twitter, with some threatening to close their accounts. Others questioned whether the lenders were intentionally withholding the funds in order to make interest off of people's overdraft fees.

Some lenders, including Chime, a digital banking app, have begun providing payments to consumers. Chime said Friday it had already delivered about $600 million in stimulus payments to an estimated 250,000 customers.

"We’ve already made ~$600M available to 250k members. These payments will be available at traditional banks on 3/17 but Chime members already have access and more is on the way," Chime wrote on Twitter.

Individuals can again check the status of their stimulus checks through the IRS's "Get My Payment" tool.