The NYPD released security camera images showing a man stealing a dachshund from outside a grocery store on the Upper West Side of Manhattan.

NEW YORK - New York City cops are looking for an elderly woman's missing dog and the heartless creep who stole it off the street on Sunday.

The dog's owner, a 74-year-old woman, tied her dog to the fruit stand outside Garden of Eden at 2780 Broadway on the Upper West Side at about 4:35 p.m. and went inside to shop, police said.

The NYPD released a security camera video that shows a man kneeling down to pet the dachshund. The man then unties the leash from the fruit stand, picks up the pooch, and walks away, the video shows. 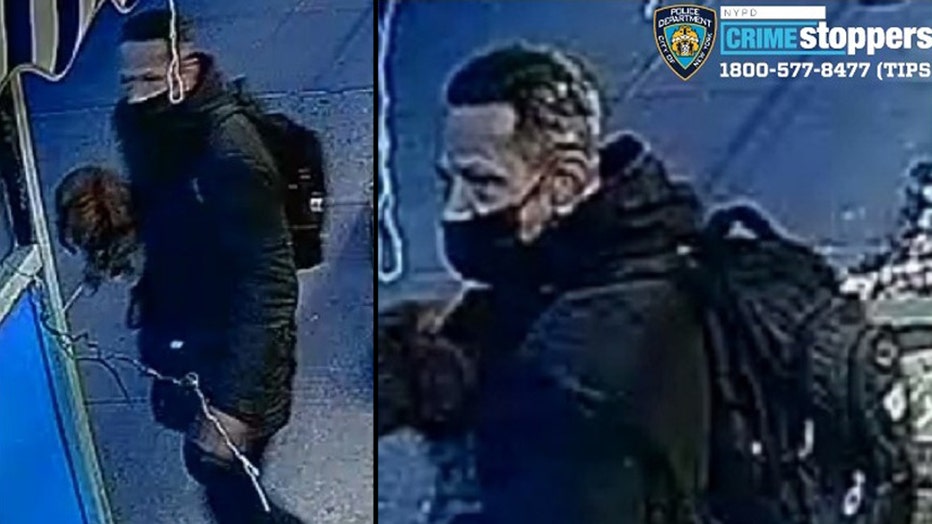 Police released these images of a man who stole a dog that was tied to a fruit stand in Manhattan. (Via NYPD)

The police described the suspect as an adult man with black hair and a light complexion, about 5 feet 9 inches, about 170 pounds, and wearing a blue and black jacket, dark jeans, black sneakers, a blue and black backpack, and a black face mask.

The dog is a long-haired dachshund with brown fur, according to a photo provided by its owner. 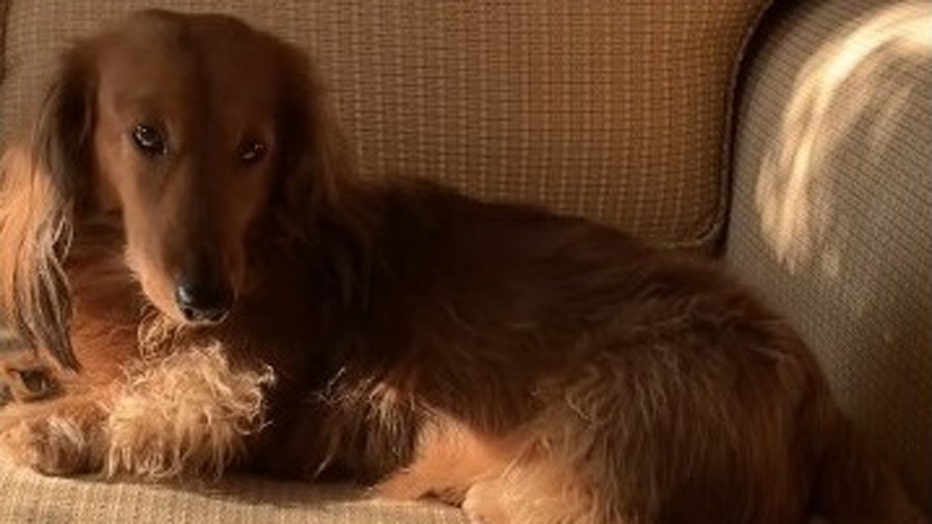 This brown long-haired dachshund was stolen from outside a Manhattan grocery store. (Via NYPD)